KOSICE, Slovakia (AP) — Anthony Mantha scored twice to lift Canada to a 5-2 victory over France at the hockey world championship on Thursday.

Mantha opened the scoring on a 5-on-3 power play with a slap shot in the opening period and added his second for a 4-2 lead in the final frame. Mantha now has a team-high five goals and four assists from four games.

After starting with a loss to Finland, the Canadians have bounced back with three straight wins. They still have to face Germany, Denmark and the United States in their remaining preliminary-round games.

In another Group A game in Kosice, Kaapo Kakko scored his sixth goal and had an assist as Finland came from a goal down to top Denmark 3-1. The 18-year-old winger, who is one of the top two prospects for the NHL draft with American Jack Hughes, is tied with Russia’s Evgenii Dadonov for most goals at the tournament.

Finland moved to second place in Group A with 10 points, two behind leading Germany and one ahead of Canada in third.

In Group B, Gabriel Landeskog scored just 69 seconds into his first game at the tournament to kickstart Sweden’s 9-1 rout of Austria.

Landeskog, who also had two assists, only arrived in Bratislava on Thursday morning to join the two-time defending champion after his Colorado Avalanche were eliminated from the NHL playoffs.

William Nylander had a goal and an assist to join Russsia’s Nikita Kucherov atop the scoring chart with 10 points from three goals and seven assists.

Later in Group B, Jakub Voracek scored twice and had two assists to help the Czech Republic rally from two goals down to beat Latvia 6-3.

After four games, the Swedes and the Czechs are both tied on nine points, trailing undefeated Russia and Switzerland by three points. 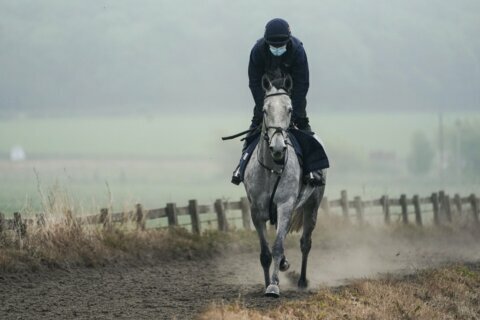