“The second I walked through the front door, Altuve gave me a big hug and said, ‘Thank God I don’t have to face you anymore.’ I said I can say the same thing about you,” Pressly said Wednesday.

They aren’t likely to face each other anytime soon. Pressly and the Astros agreed to a $20.4 million, three-year contract, a deal that adds $17.5 million over an additional two seasons.

The 30-year-old agreed in January to a $2.9 million, one-year contract that avoided salary arbitration. The new deal keeps that salary and adds $8.75 million in each of the following two seasons.

Houston has a $10 million option for 2022 that would become guaranteed if he pitches in 60 or more games in each of the previous two seasons.

Pressly would have been eligible for free agency after this season. Except for stars, the market has been slow the past two offseasons.

“I wasn’t really paying attention to that stuff,” he said. “This is just a good fit for me and my family, being from Texas and my fiance from Houston and lot of my friends and family are in Houston. This was a big reason I wanted to be a part of the Astros.”

“Having stability in our bullpen was an objective that we were trying to accomplish here and Ryan in our opinion has been one of the top 10 relievers in baseball for the past few years,” president of baseball operations Jeff Luhnow said. “To be able to lock him up and know that he’s going to be with the Houston Astros for the next three-plus years was an important consideration for us.” 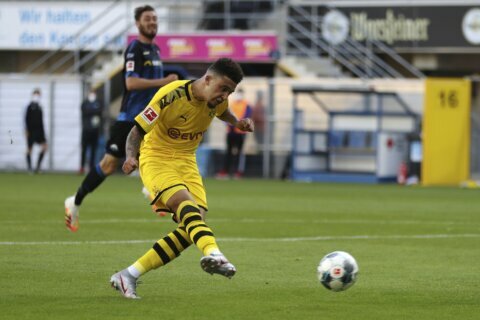