Pennsylvania Senate candidate John Fetterman acknowledged he was lucky to be alive as he officially returned to the campaign trail Friday, more than 90 days after the Democrat suffered a stroke that threatened his life and political prospects in one of the nation's premier Senate contests.
Listen now to WTOP News WTOP.com | Alexa | Google Home | WTOP App | 103.5 FM
(1/10) 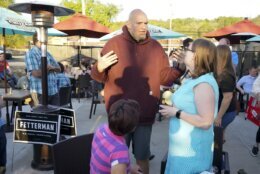 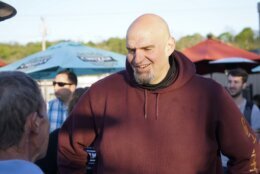 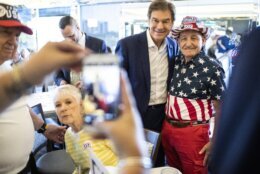 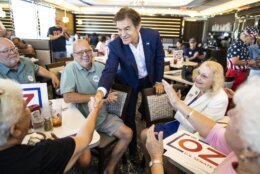 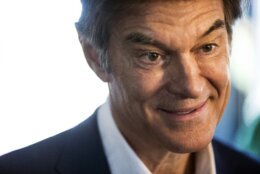 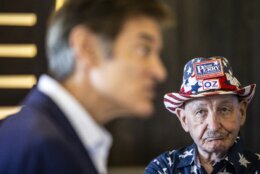 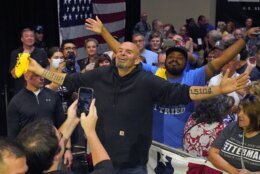 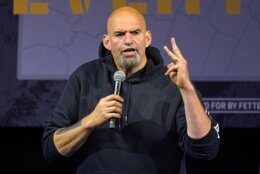 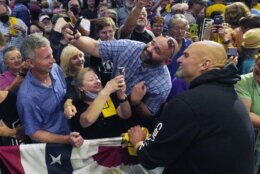 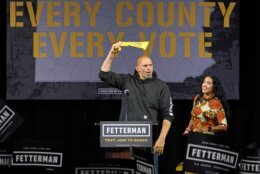 ERIE, Pa. (AP) — Pennsylvania Senate candidate John Fetterman acknowledged he was lucky to be alive as he officially returned to the campaign trail Friday, more than 90 days after the Democrat suffered a stroke that threatened his life and political prospects in one of the nation’s premier Senate contests.

Fetterman spoke for nearly 11 minutes, haltingly at times, as he addressed several hundred voters packed inside a convention center on the shores of Lake Erie. It was the 52-year-old lieutenant governor’s only scheduled public rally this month as he gradually ramps up his public schedule.

“Tonight for me, it’s about being grateful — just grateful,” said Fetterman, who stood for the duration of his remarks. “Three months ago my life could have ended. It’s the truth.”

He said he may not have survived his stroke if he was in rural Elk County instead of being just 20 minutes away from a major stroke facility.

“Gisele saved my life,” he said, wearing his usual hooded sweatshirt and jeans.

Oz posted a fake “Have You Seen This Person?” poster online last month. He needled Fetterman again Friday in an interview with Newsmax.

“We’re doing very well, campaigning all over the Commonwealth, which is a far cry from my opponent, who refuses to leave his home,” Oz charged.

Fetterman’s physical appearance is a central element of his nontraditional political brand.

At 6 feet, 9 inches, he sports a shaved head and tattooed arms. He’s also an unapologetic progressive with a working-class background who supports legalizing marijuana, abolishing the Senate filibuster and establishing a national government health insurance program for everyone — “Medicare for all” in progressives’ campaign jargon.

Fetterman’s health has been a dominant issue in the Senate contest since the days before the May 17 primary, when his campaign revealed he had a stroke. He required surgery to implant a pacemaker with a defibrillator, and later disclosed that he also had a serious heart condition.

His doctor offered a blunt letter in early June detailing Fetterman’s decision not to take prescribed medication or see a doctor for several years after a 2017 health scare.

“If he does what I’ve told him, and I do believe that he is taking his recovery and his health very seriously this time, he should be able to campaign and serve in the U.S. Senate without a problem,” Dr. Ramesh Chandra wrote.

On Friday night, Fetterman spoke haltingly throughout his remarks and sometimes fumbled his words. The crowd, which exceeded 1,300, according to the convention center staff, was energized throughout.

Calvello noted that Fetterman still has mild speech and hearing issues as he works his way back to full health.

“He’ll miss a word here or there when he’s speaking sometimes, or maybe in a crowded room he’ll miss hearing a word,” he said. “Besides that, he’s rock solid.”

The high-profile Senate contest has been playing out on television and social media despite Fetterman’s extended absence.

Fetterman, who has dominated Oz in fundraising, has been running television ads promoting his candidacy for months. The Democrat has also drawn millions of views from creative social media posts, including one featuring a character from the infamous MTV show “Jersey Shore” telling Oz to come home. Oz is a former New Jersey resident, and it has been a major issue throughout the campaign.

“He’s a New Jersey resident. He doesn’t live here. He’s not about us. He doesn’t care about us,” Fetterman said.

He concluded his remarks the way he opened them — with gratitude.

“Three months ago, I may not have made it. But now, I’m standing right here in Erie,” he said as the crowd erupted. 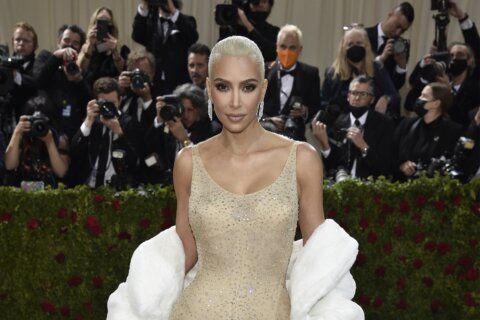 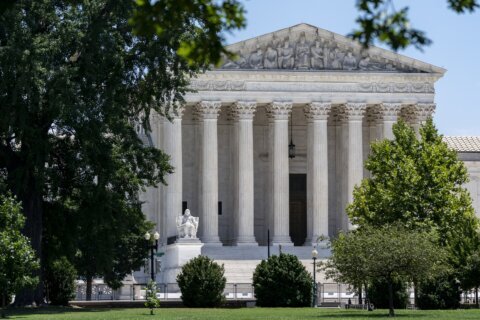 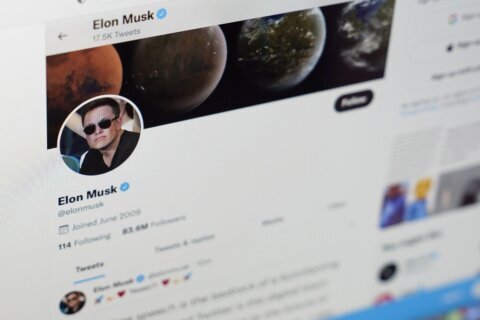 What if Musk loses the Twitter case but defies the court?