PHOENIX (AP) — The attorney for Arizona’s most populous county sent a letter on Tuesday warning a local candidate to stop encouraging voters to steal the pens given to them at polling places on Election Day to mark their ballots.

Tuesday was the final day of voting in Arizona’s primary, and the conspiracy theories surrounding the ballot-marking pens echoed the now infamous #SharpieGate controversy that erupted after the 2020 election.

Maricopa County Attorney Rachel Mitchell sent the letter to Gail Golec, a candidate for county supervisor who made various social media posts on Tuesday urging supporters not to use the pens provided by election workers at polling places and to take them when they leave.

“As you well know, theft of any sort is unlawful; moreover encouraging theft of the fast-drying ink pens specifically recommended for election day voting is a deliberate attempt to interfere with election administration and will have the harmful effect of delaying the vote tabulation of election day ballots, as the wet ink harms the vote center tabulation machines,” Mitchell wrote in the letter.

Golec, in a response posted on Twitter, said her intention was to “Protect Our Vote, not encourage you to steal pens” and reiterated false claims that the pens provided by poll workers allow election workers to change people’s votes.

Maricopa County election officials have been urging voters to ignore these conspiracy theories, explaining that the felt-tip pens provided to voters are designed to limit problems such as smudging, which can happen when voters use ballpoint pens. On its website, the elections office says the ink from ballpoint pens doesn’t dry as quickly. The wet ink on the ballots could smear the inside of the machine and prevent it from working properly.

On Tuesday, Maricopa County election officials said they were having to replace some machines because voters failed to use the pens provided to them. 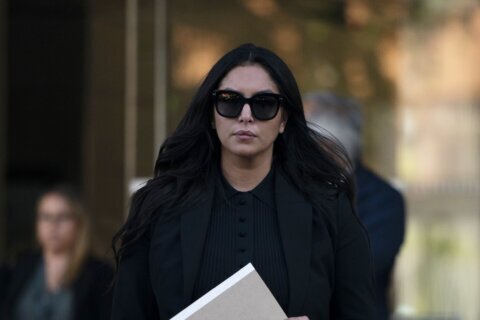