FORT LAUDERDALE, Fla. (AP) — When a naked man in southwestern Florida recently raised a ruckus outside his house and threatened a deputy with a kitchen knife, the SWAT team swooped in and apprehended him.

Soon afterward, Lee County Sheriff Carmine Marceno stood on the man’s driveway in combat gear for a news conference while the suspect went to the jailhouse that the sheriff likes to call the “Marceno Motel.”

“He’s an oxygen-stealer and a scumbag, and I’m glad he’s outta here,” Marceno told reporters. “I’m proud to say that in this county, if you present deadly physical force … we meet you with deadly force every time, and we win. It’s pretty clean, pretty quick.”

The Sunshine State has become internationally notorious for the oddball miscreants who populate its police blotters and local news reports — known collectively as Florida Man. There are murders and mayhem, like anyplace else, and then there are the only-in-Florida incidents like the man charged with assault with a deadly weapon for throwing an alligator through a Wendy’s drive-thru window in Palm Beach County in 2015.

But an equally eccentric cast of hard-boiled sheriffs make a career of going after these guys. Florida Man, meet Florida Sheriff.

All but one of Florida’s 67 counties have an elected sheriff, and they wield enormous influence in part because they’re often the only countywide elected official. They head agencies that typically patrol unincorporated portions of their county but also provide backup to city police departments and sometimes patrol small cities that lack their own force. Many, like Marceno, hold made-for-YouTube news conferences and use TikTok and other social media — frequently going just as viral as the perpetrators.

During a recent news conference about a burglary, Johnson, elected in 2016, said a homeowner had fired shots but didn’t hit the suspect. Johnson encouraged that homeowner to take a gun safety course offered every other Saturday at the sheriff’s office so he could better take matters into his own hands.

“Learn to shoot a lot better,” Johnson said. “Save the taxpayers’ money.”

On the Atlantic Coast, near Cape Canaveral, Brevard County Sheriff Wayne Ivey makes a game of crime — literally. His weekly “ Wheel of Fugitive ” videos feature the sheriff spinning a wheel with photos of 10 of the county’s most wanted.

“Everybody watches it. Even the fugitives watch it” to see who becomes “fugitive of the week,” Ivey said.

The lucky winner of one recent episode was a 32-year-old white male accused of petit theft and failure to appear. The sheriff, first elected in 2012, looked into the camera as if speaking directly to the man and urged him to surrender: “Stop messing up and stop breaking the law. Get all of it behind you.”

The Twitter account of Pasco County Sheriff Chris Nocco — who has starred in A&E Network’s “Live PD” show — made a splash with local “Sad Criminal of the Day” posts. His agency also copyrighted the now-viral hashtag, #9pmroutine, a reminder to lock car doors and homes every night.

In January, the department cut off social media comments because the accounts fell victim to their success. With over 300,000 Facebook followers — more than double that of much larger Hillsborough County Sheriff’s Office in nearby Tampa — Nocco said people were too often reporting crimes online rather than calling 911.

Over in central Florida is, perhaps, the highest-profile enemy of Florida Man (and Florida Woman).

Polk County Sheriff Grady Judd, who constantly targets gangs, drug dealers and prostitution rings in his folksy Southern drawl, has been a frequent hit on TV since he was first elected with no party affiliation in 2005. Judd says of school shooters: “We’re going to shoot you graveyard dead.”

He also has praised homeowners for firing on intruders, including one last December: “He gave him an early Christmas present. Only Santa Claus gets to come in your house,” Judd told a news conference.

Judd often refers to the Polk County Jail as the “Polk Pokey,” and last holiday season, his office sold their version of the popular Elf on the Shelf doll, dubbed Sheriff on a Shelf, and he personally autographed Sheriff Judd bobbleheads.

One of Judd’s latest targets was not exactly the crime of the century. But Judd had plenty to say about a woman accused of assaulting workers at a McDonald’s because her order was wrong.

“She’s a pretty lady. But she was McMad,” Judd said on May 20. “I don’t know if she was two fries short of a Happy Meal, but she created a McMess and acted like a McNut. … This is Polk County. We don’t put up with that McJunk.” 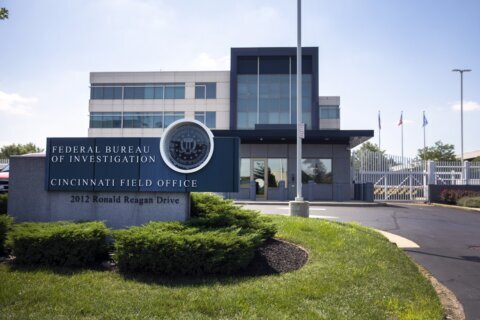 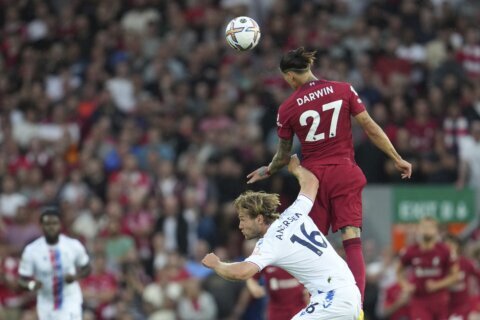