Experts said it was the Federal Trade Commission’s first legal challenge to a Big Tech merger.

The FTC filed a complaint in federal court in San Francisco against the tech giant based in Menlo Park, California, and its high-profile CEO seeking a temporary restraining order and preliminary injunction against the proposed acquisition.

The regulators said that Meta already is a key player “at each level of the virtual reality sector,” owning the top-selling device, a leading app store, seven of the most successful developers in the sphere and one of the best-selling apps of all time.

The FTC alleged that Meta and Zuckerberg plan to expand that VR empire by attempting to illegally acquire a dedicated fitness app.

Under Zuckerberg’s leadership, Meta began a campaign to conquer virtual reality in 2014 with its acquisition of headset maker Oculus VR. Since then, Meta’s VR headsets have become the cornerstone of its growth in the virtual reality space, according to the complaint. Fueled by the popularity of its top-selling Quest headsets, Meta’s Quest Store has become a leading U.S. app platform with more than 400 apps available to download, it says.

“The FTC’s case is based on ideology and speculation, not evidence,” the company said in a statement. “By attacking this deal … the FTC is sending a chilling message to anyone who wishes to innovate in VR. We are confident that our acquisition of Within will be good for people, developers and the VR space.”

The FTC vote to block the acquisition was 3-2, with Chair Lina Khan and the other two Democratic commissioners approving it and the two Republicans opposed.

The action marked a new FTC salvo against Meta — the owner of Instagram, Messenger and WhatsApp in addition to Facebook — in the agency’s drive against what it views as anticompetitive conduct in the tech industry. The FTC filed a landmark antitrust lawsuit against Facebook in late 2020, as the government pursued its most significant attempt to buttress competition since its historic case against Microsoft two decades ago.

In the broad antitrust suit, the FTC is seeking remedies that could include a forced spinoff of the popular Instagram and WhatsApp messaging services, or a restructuring of the company. Its core theory is that Meta is a monopoly engaging in anticompetitive conduct.

In the complaint against the Within Unlimited acquisition, the FTC cites a 2015 email from Zuckerberg to key Facebook executives saying that his vision for “the next wave of computing” was control of apps as well as the platform on which those apps are distributed. The email says a key part of this strategy is for the company to be “completely ubiquitous in killer apps,” which are apps that prove the value of the technology.

Meta bought seven of the most successful virtual-reality development studios, and now has one of the largest first-party virtual-reality content catalogs in the world, the FTC says. It cites the acquisition of the Beat Games studio, giving Meta control of the popular app Beat Saber.

The FTC action ensures that “Facebook earns, rather than buys, its place in the emerging virtual and augmented reality sector,” Krista Brown, senior policy analyst at the American Economic Liberties Project, said in a statement. “This is the agency’s first challenge to a big tech merger, and it represents its new commitment to protecting fair competition in nascent digital markets. The effects of Facebook’s pending acquisition of Within … would reduce innovation and competition in a sector just getting off the ground.” 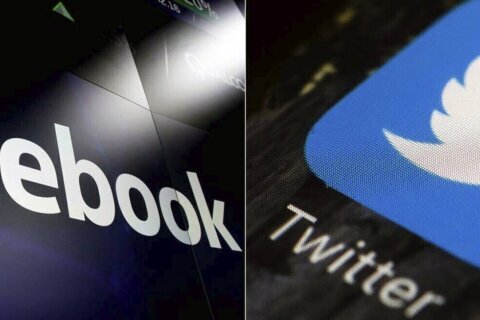