Will Smith slapping comedian Chris Rock onstage at Sunday’s 94th Academy Awards was a moment that was hard to believe.

But false news about the shocking confrontation that upended one of Hollywood’s biggest nights came later on social media, including a fabricated letter of apology attributed to Rock and a miscaptioned celebrity reaction photo that has become an internet meme.

Here’s a closer look at claims that have spread widely online.

CLAIM: Rock issued a public apology for his joke about Jada Pinkett Smith’s shaved head, saying he “crossed a line that I shouldn’t have and paid the enormous price of my reputation as a renown comedian.”

THE FACTS: The apology, which included several spelling errors, is fake. Rock issued no such apology, a representative for the comedian told The Associated Press in an email Tuesday afternoon. The fabricated apology attributed to Rock amassed millions of views across social media platforms. “As a comedian it can be difficult to understand which lines are to be crossed and which ones aren’t,” the fake statement read. “Last night I crossed a line that I shouldn’t have and paid the enormous price of my reputation as a renown comedian. Comedy is never about poking fun at or making lite of people with major ordeals happening in their lives. Comedy is about using real life circumstances to create laughter and bring light to an otherwise dark world.” The bogus statement continued with direct apologies to Pinkett Smith, Smith and the rest of their family, and a call for forgiveness over time. But Leslie Sloane, a publicist for Rock, confirmed in an email that the apology was fake. She did not respond to a question about whether Rock planned to apologize. Smith walked onstage, slapped Rock and then returned to his seat, twice shouting at the comedian to “get my wife’s name out your (expletive) mouth.” Smith was reacting to a joke Rock made about Pinkett Smith’s shaved head, saying he couldn’t wait to see “G.I. Jane 2.” Pinkett Smith has spoken publicly about her diagnosis with alopecia, a disease that causes hair loss. Smith went on to win best actor for his role as Richard Williams, father of Venus and Serena, in “King Richard.” During his five-minute acceptance speech, Smith spoke about defending his family. He also apologized to the academy. On Monday, he made a stronger apology on Instagram and through his publicist, including an apology to Rock.

THE FACTS: The photo was captured hours before Smith slapped Rock, during the non-televised portion of the awards ceremony. According to the photographer who captured the image, Kidman was responding to the sight of her fellow nominee for best actress, Jessica Chastain, who later won the award. The photo of Kidman sitting in the audience at the Oscars — arm outstretched and mouth open — spread quickly online moments after Smith and Rock’s confrontation. “‘The Slap’ was so powerful it made Nicole Kidman’s face move for the first time in 11 years,” one Twitter user wrote, sharing the photo of Kidman that has now become a popular meme. “Nicole Kidman reacting to (asterisk)that slap(asterisk) is all of us this morning scrolling through Twitter,” an Irish magazine wrote on Instagram. But as the New York Magazine blog Vulture reported on Monday, the photo was actually captured during the non-televised part of the ceremony, hours before the slap happened. It had appeared on Twitter as early as 7:34 p.m. EDT. The televised portion of the Oscars began at 8:00 p.m. EDT. “Nicole Kidman reacts to seeing fellow nominee Jessica Chastain inside the Dolby Theatre on Sunday night,” reads a Los Angeles Times caption for the image, which was captured by L.A. Times photographer Myung Chun. Chun confirmed in an email to the AP that his photo metadata shows he snapped the image at 7:19 p.m. EDT, which was about three hours before the encounter between Smith and Rock. “It seemed to me that Nicole Kidman was reacting to seeing Jessica Chastain across the room during the non-televised event,” he stated, adding: “She reached out with both arms and waved her hands at her. Shortly thereafter, Chastain came over to meet Kidman and her husband Keith Urban.” Chastain went on to win best actress for her role in “The Eyes of Tammy Faye,” in which she portrays the rise, fall and redemption of televangelist Tammy Faye Bakker. 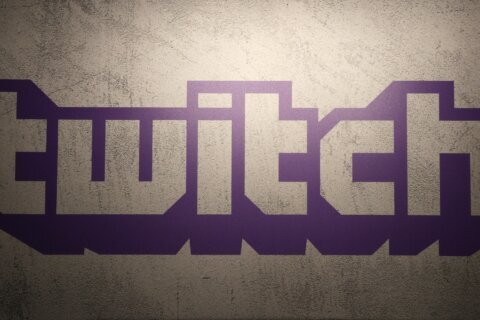 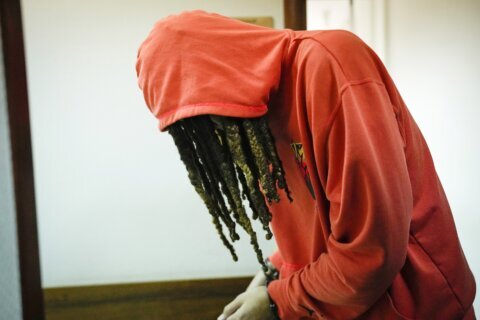 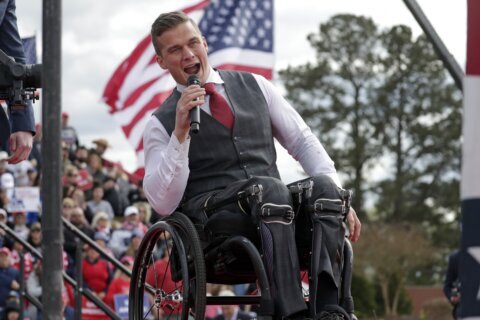