Keeping score and taunting players, golf unlike other sports

ATLANTA (AP) — The PGA Tour has reached its Super Bowl or its Game 7, an appropriate analogy only because…
Listen now to WTOP News WTOP.com | Alexa | Google Home | WTOP App | 103.5 FM

ATLANTA (AP) — The PGA Tour has reached its Super Bowl or its Game 7, an appropriate analogy only because the Tour Championship is the final event of the FedEx Cup season.

That’s where any comparison ends.

The loudest message emanating from East Lake this year: Golf is different from other sports.

It’s not just about the postseason format in which Patrick Cantlay has a two-shot lead before hitting a shot as the No. 1 seed, or the very real possibility that a player who takes the fewest shots over four rounds might not win the $15 million prize or leave town with a trophy.

It’s as much about the behavior of some fans starting to treat golf like other sports. And that conversation these days typically starts with Bryson DeChambeau.

“I certainly feel some sympathy for him because I don’t think that you should be ostracized or criticized for being different, and I think we have all known from the start that Bryson is different and he is not going to conform to the way people want him to be,” Rory McIlroy said. “There are certainly things that he has done in the past that have brought some of this stuff on himself. I’m not saying that he’s completely blameless in this.

“But at the same time, I think he has been getting a pretty rough go of it of late,” he said. “I would say it’s pretty touch to be Bryson DeChambeau right now.”

DeChambeau already is an outlier in an otherwise buttoned-down sport, from his single-length shafts in his irons to his fanatical pursuit of speed and distance with the driver. He simply smashes it, and that makes him must-see golf.

It’s different now. Whether it’s a social media spat with Brooks Koepka that has led fans to calling him “Brooksie” as a taunt or DeChambeau’s occasional fits of pouting when golf doesn’t go his way, his popularity has made him an easy target.

The voices in the gallery were tough at the Memorial and at Memphis. And while practically everyone at Caves Valley was pulling for DeChambeau last week, he wasn’t immune to heckling.

Patrick Cantlay, who made a name for himself with sheer resolve and clutch putting to beat DeChambeau in a six-hole playoff, witnessed all of it at the BMW Championship. And part of him saw it coming long before that.

“I think anybody that watches sports and sees someone being heckled, they don’t like that inherently because if you imagine yourself as that person, it wouldn’t feel good,” Cantlay said.

“I think, unfortunately, it might be a symptom of a larger problem, which is social media driven and which is potentially Player Impact Program derived,” he said. “I think when you have people that go for attention-seeking maneuvers, you leave yourself potentially open to having the wrong type of attention, and I think maybe that’s where we’re at and it may be a symptom of going for too much attention.”

The Player Impact Program is new this year, a $40 million bonus pool for the top 10 players who drive fan engagement through five metrics. Cantlay isn’t a fan of it. He also isn’t big on social media. He is an old-school player who prefers to be judged by his scores.

“But it can be awesome, too, because if you succeed and you do the perfect things all the time, and then you also go for the right attention-seeking moves, you get like double bonus points because everyone loves you and you’re on the perfect side of it,” Cantlay said. “I think it’s just a very ‘live by the sword, die by the sword’ type of deal. And when you leave it to a jury, you don’t know what’s going to happen.”

The jury in golf doesn’t sit in the courtroom. They are thousands strong, spread out across the course, closer to the action than in any other sport. And it doesn’t matter if there is overwhelming support. There’s always a few fans — most of them regulars at the beer stand — whose voices are heard.

Monahan said under the PGA Tour’s code of conduct, updated earlier this year as fans were beginning to return, ejection would occur for those who are vulgar, harassing and disrespectful.

“Brooksie” would fall into that category.

This is nothing new, even in golf. Jack Nicklaus was called “Fat Jack” when he arrived and started beating the beloved Arnold Palmer. Galleries used to count off how many times Sergio Garcia regripped his clubs. At the Canadian Open one year in Montreal, they did it in French.

“I think certain other sports culture has fed into our game and fed into the fan base that’s definitely affected it,” McIlroy said. “And people will make the argument that, ‘Well, it happens in every other sport.’ But I would say that we’re not any other sport.

McIlroy, meanwhile, is happy to be at East Lake after having to play well last week to secure his spot among the top 30. He is the 16th seed, meaning he starts at 2-under par, eight shots behind Cantlay under the staggered system.

Cantlay knows from experience that what he has done to this point offers no guarantee. Two years ago, he was the No. 2 seed and had a bad week at East Lake. He wound up tied for 21st, which cost him some $2 million.

Even as the No. 1 seed, he doesn’t like the format, except that it’s less confusing than the previous one. He also is quick to concede he doesn’t have a solution for a better one.

“With that said, I am going to do the best possible job I can at winning in this format because that’s all I can do,” he said. “And in no way will that impact my ability to perform in this format.” 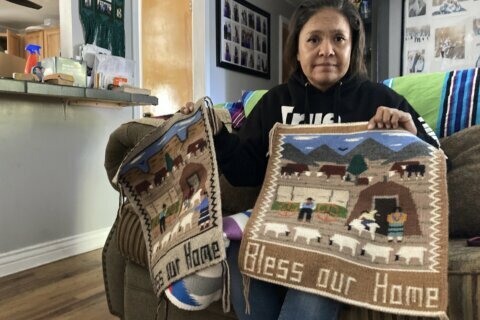