A complaint against Jefferson County Circuit Judge Nakita Blocton by the Judicial Inquiry Commission, which charged her with violating multiple rules of judicial ethics, also claimed she took an inordinate amount of time to dispose of cases.

Blocton has been temporarily removed from duty and denied allegations that include multiple improper communications through Facebook detailed in the complaint, which was filed Friday, al.com reported.

“If the complaint wasn’t a legal document, it would be a libel lawsuit,” said Emory Anthony, an attorney representing Blocton. “Usually, I wouldn’t make a statement when dealing the Judicial Inquiry Commission, but these allegations are so embarrassing. We hope at the proper time we’ll have the right to defend these allegations and show that they’re not true. This is just out of left field.”

Beginning last August, either Blocton or someone working on her behalf used fake Facebook accounts to harass a litigant who complained about her behavior, according to the charges. One of the messages said: “Because you have prophesied when I did not send you, and because you caused my people to believe in a lie, you and your descendants will be punished,” the complaint said.

Blocton, a judge since 2017, delayed ruling on cases involving “disfavored” lawyers and told staffers to put their cases on “the bottom of the stack.” The complaint alleged Blocton has been under the influence of medication in her chambers that caused erratic behavior and that she made staffers take diet pills to “pep” them up after long nights at work.

Anthony denied that Blocton abused drugs or forced anyone to take medication. She had a delay on her docket because of COVID-19 and is dealing with the deaths of her father and grandfather, her lawyer said.

“We do need to address the issue concerning orders, and we will do that,’′ Anthony said.

Judicial complaints are heard by the Alabama Court of the Judiciary, which has not set a date to consider the case. 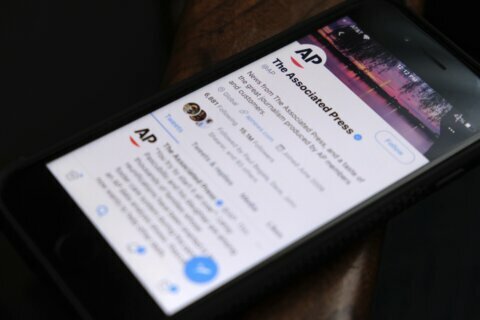