WASHINGTON (AP) — Freshman Rep. Marjorie Taylor Greene, a Georgia Republican, has been stripped of her committee assignments by the House Democratic majority over racist remarks, her embrace of conspiracy theories and her past endorsement of violence against leading Democratic officials.

Greene, 46, is a newcomer to politics, and previously worked for her family’s construction business in Georgia. She was labeled a “future Republican Star” by former President Donald Trump, whose political style she emulates. The House Democrats took the unusual step on Thursday.

Here’s a look at some of Greene’s past statements and social media posts, many of which were deleted after the liberal group Media Matters unearthed them online.

In 2017, Stephen Paddock opened fire from a hotel room window overlooking an outdoor country music festival in Las Vegas, killing 58 people. Afterward, Greene suggested that the shooting might have been staged.

“How do you get avid gun owners and people that support the Second Amendment to give up their guns and go along with anti-gun legislation?” Greene asked in an online video. “You make them scared, you make them victims and you change their mindset and then possibly you can pass anti-gun legislation. Is that what happened in Las Vegas?”

“I don’t believe (Paddock) pulled this off all by himself, and I know most of you don’t either,” Greene said.

In 2018, a poorly maintained electrical grid sparked a California wildfire that killed 84 people. In a Facebook post in November of that year, Greene falsely speculated that darker forces were at work.

Connecting a series of scattershot points, Greene suggested a bank controlled by the Rothschild family, who are Jewish, a utility company responsible for the fire and then-Gov. Jerry Brown had a compelling motive to spark the blaze: clearing the path for a high speed rail project Brown wanted. She also floated the possibility that the fires could have been started by “lasers or blue beams of light” shot down from space by allies of Brown who were said to be in the solar energy industry.

“There are too many coincidences to ignore,” she wrote.

In February 2019, Greene appeared in an online video filmed at the U.S. Capitol, arguing that Democratic Reps. Ilhan Omar of Minnesota and Rashida Tlaib of Michigan weren’t “really official” members of Congress because they didn’t take the oath of office on the Bible. Both women are Muslim.

“I really want to go talk to these ladies and ask them what they are thinking, and why they are serving in our American government,” Greene said. “They really should go back to the Middle East.”

Tlaib was born in Detroit. Omar was born in Somalia and came to the U.S. when she was 12, becoming a U.S. citizen five years later.

In May 2018, a Facebook user purporting to be the mother of a New York police officer falsely claimed that the officer had seen a video taken from the laptop of disgraced former Rep. Anthony Weiner that showed Hillary Clinton and a top aide cutting off a child’s face. Greene “liked” the comment and replied, “Most people honestly don’t know so much. The (mainstream media) disinformation warfare has won for too long!”

Greene once suggested in an online video that Pelosi could be executed for treason.

“She’s a traitor to our country, she’s guilty of treason,” Greene says in the video, which CNN first reported. “And it’s, uh, it’s a crime punishable by death is what treason is. Nancy Pelosi is guilty of treason.”

She also “liked” a January 2019 Facebook post that called for “a bullet to the head” of Pelosi.

In November 2018, Greene shot a video in which she talked about the 9/11 terrorist attacks, referring to a “so-called” plane that crashed into the Pentagon. She added, “It’s odd, there’s never any evidence shown for a plane in the Pentagon.”

She also “liked” a comment posted by a Facebook user in 2018 who falsely argued that 9/11 was “done by our own Gov.” Greene responded: “That is all true.” 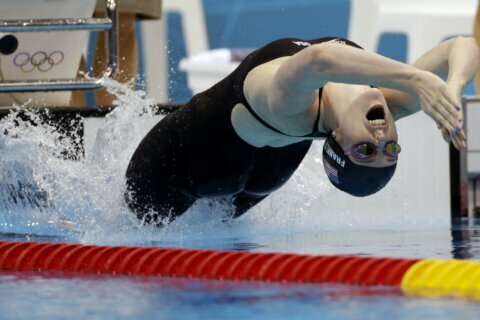