In a step many thought would never come, Facebook and Twitter have suspended President Donald Trump from posting to their…
Listen now to WTOP News WTOP.com | Alexa | Google Home | WTOP App | 103.5 FM

In a step many thought would never come, Facebook and Twitter have suspended President Donald Trump from posting to their platforms following the storming of the U.S. Capitol by his supporters. While some cheered the platforms’ actions, experts noted that the companies’ actions follow years of hemming and hawing on Trump and his supporters spreading dangerous misinformation and encouraging violence that have contributed to Wednesday’s violence.

So, how did we get here? Here’s a look back and Facebook’s steps and missteps over the past four years.

Nov. 10, 2016: Days after Trump’s election, Facebook CEO Mark Zuckerberg calls the idea that “fake news” on Facebook had influenced the election “a pretty crazy idea.” He later walks back the comment.

April 27, 2017: Facebook publicly acknowledges that governments or other malicious non-state actors are using its social network to influence national elections, in line with U.S. government findings of Russian interference.

October 2017: Facebook says ads linked to a Russian internet agency were seen by an estimated 10 million people before and after the 2016 election.

March 2018: Evidence grows that Facebook campaigns were used to steer the U.K. toward Brexit.

April 2018: Zuckerberg testifies before Congress and apologizes for the company’s missteps, as well as fake news, hate speech, a lack of data privacy and foreign interference in the 2016 elections on his platform.

May 2018: Democrats on the House intelligence committee release more than 3,500 Facebook ads created or promoted by a Russian internet agency before and after the 2016 election.

July 2018: British lawmakers call for greater oversight of Facebook and other platforms.

July 2018: After Facebook warns of skyrocketing expenses due in part to beefing up security and hiring more moderators, its stock price suffers the worst drop in its history. Its shares don’t recover until January 2020.

October 2018: Facebook invites the press to tour a newly created “war room” for combating election-related misinformation in what is largely seen as a public relations move.

October-November 2018: Ahead of the 2018 U.S. midterm election, Facebook removes hundreds of accounts, pages and groups for suspected links to foreign election interference.

Feb. 18, 2019: In a scathing report, British lawmakers call for a mandatory code of ethics and independent overseers for social media platforms, specifically calling out Facebook for technical design that seems to “conceal knowledge of and responsibility for specific decisions.”

May 2019: Facebook declines to remove a video manipulated to show House Speaker Nancy Pelosi slurring her words. The altered clip is shared millions of times.

May-June 2020: Facebook declines to remove Trump posts that suggest protesters in Minneapolis could be shot. Zuckerberg defends his decision in a Facebook post. Facebook also declines to take action on two Trump posts spreading misinformation about voting by mail. Some Facebook employees resign in protest.

June 2020: Facebook says it will add labels to all posts about voting that direct users to authoritative information from state and local election officials. This includes posts by the president.

July 8, 2020: A quasi-independent civil-rights audit criticizes Facebook’s “vexing and heartbreaking decisions” with respect to civil rights and election misinformation, including Trump’s tweets on voting by mail.

August 2020: After years of a hands-off approach, Facebook restricts the conspiracy movement QAnon, but doesn’t ban it outright.

Sept. 3, 2020: Facebook curbs political ads, although only for seven days before the U.S. election.

Nov. 3., 2020: Despite fears over security in the runup to Election Day and social media companies bracing for the worst, the election turns out to be the most secure in U.S. history, federal and state officials from both parties say — repudiating Trump’s unsubstantiated claims of fraud.

Nov. 5, 2020: Facebook bans a large group called “Stop the Steal” that supporters of President Donald Trump were using to organize protests against the presidential vote count. Some members had called for violence, while many falsely claimed that Democrats were “stealing” the election from Republicans. It also bans the hashtag by the same name, though not before that and similar terms are mentioned nearly 120,000 times on websites and social media platforms, per Zignal Labs.

November 2020: Facebook and Twitter largely fight back against Trump’s baseless claims of election fraud by slapping labels on his posts, such as “Official sources called this election differently.” Critics say the measures don’t go far enough and false claims that the election suffered widespread fraud continue to thrive online, pushed by Trump and his supporters.

Nov. 17, 2020: The CEOs of Facebook and Twitter give assurances of vigorous action against election disinformation, they tell Republicans at a Senate hearing. Zuckerberg and Twitter’s Jack Dorsey defend the safeguards against the use of their platforms to spread falsehoods and incite violence in the contest between Trump and Biden.

Jan. 6, 2021: In an unprecedented step, Facebook and Twitter suspend President Donald Trump from posting to their platforms following the storming of the U.S. Capitol by his supporters. Twitter jumps first and Facebook and Instagram follow in the evening, announcing that Trump wouldn’t be able to post for 24 hours following two violations of its policies. Experts noted that the companies’ actions follow years of hemming and hawing on Trump and his supporters spreading dangerous misinformation and encouraging violence

Jan. 7, 2021: Zuckerberg announces that the risk of allowing Trump to use the platform is too great following the president’s incitement of a mob that stormed the U.S. Capitol a day earlier. Zuckerberg says Trump’s account will be locked “for at least the next two weeks” and possibly indefinitely. 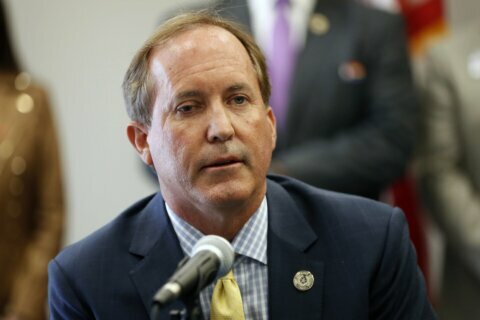