WASHINGTON (AP) — President Donald Trump is closing out his relationship with Congress with one more power jab, threatening to veto a hugely popular defense bill unless lawmakers clamp down on big tech companies he claims were biased against him during the election.

Trump is demanding that Congress repeal so-called Section 230, a part of the communications code that shields Twitter, Facebook and others from content liability. His complaint is a battle cry of conservatives — and some Democrats — who say the social media giants treat them unfairly.

But interjecting the complicated tech issue threatens to upend the massive defense bill, which Congress takes pride in having passed unfailingly for half a century. Trump almost sabotaged the package with an earlier veto threat over plans to stop allowing military bases to be named for Confederate leaders.

It’s another example of the president’s brazen willingness to undercut Congress, even his allies, to impose his will in his final months in office.

On Wednesday, a bipartisan coalition of leaders on the House and Senate Armed Services committees said enough is enough.

“We have toiled through almost 2,200 provisions to reach compromise on important issues affecting our national security and our military,” Reps. Adam Smith of Washington and Mac Thornberry of Texas, the chairman and top Republican on the House Armed Services Committee, said in a joint statement.

In a rare joint rebuke, they said that “for 59 straight years,” the National Defense Authorization Act has passed because lawmakers and presidents agreed to set aside their own preferences “and put the needs of our military personnel and America’s security first.”

“The time has come to do that again,” they said.

The powerful Republican chairman of the Senate Armed Services Committee, Sen. James Inhofe of Oklahoma, said he personally spoke with Trump, explaining that the defense bill is not the place for the big tech fight.

“I agree with his sentiments — we ought to do away with 230,” Inhofe told reporters Wednesday on Capitol Hill after having spoken with Trump. “But you can’t do it in this bill.”

While cooler heads are expected to prevail, Trump’s veto threat in the final months of his administration is his latest attempt to bend the norms. From taking money from military bases to build the border wall with Mexico to installing his nominees in administrative position without Senate confirmation, Trump has chipped away at the legislative branch like few other executives in recent times.

“The president seems intent on filling each of his remaining days in office with petulance, grievance, self-interest,” said Democratic leader Chuck Schumer during a speech in the Senate.

“He is going to put the pressure on Congress to step up on this,” she said.

“Twitter has become a publisher, choosing to fact-check content,” she said. “And when you’re a publisher, there are certain responsibilities with that and you should not be immune from liability.”

Past presidents have certainly threatened to veto defense bills, which set annual policy with troop levels, equipment priorities, pay raises and other matters.

It’s typically a widely bipartisan measure, one of the few areas of common ground. Over the summer, the Senate approved its version, 86-14, while the House similarly passed its effort, with opposition coming mostly from the liberal and conservative flanks.

On Wednesday, the two chambers announced bicameral agreement ahead of final votes.

When Trump first threatened a veto to keep the Confederate base names, White House chief of staff Mark Meadows floated a compromise that would instead insert a new provision repealing Section 230.

In a pair of tweets late Tuesday, Trump said the country cannot allow Section 230 to stand. “If the very dangerous & unfair Section 230 is not completely terminated as part of the National Defense Authorization Act (NDAA), I will be forced to unequivocally VETO the Bill when sent to the very beautiful Resolute desk,” he tweeted.

Some Democrats, including Schumer, agree the Section 230 provision could be revisited, even as they disagree with Trump’s tactic of attaching it to the defense bill.

Inhofe said Wednesday that Section 230 “has nothing to do with the military” and should be kept out of the Defense bill.

One Republican, Sen. Roger Wicker of Mississippi, the chairman of the Senate Commerce Committee, said he was tasked with showing the White House an alternative approach that could provide some clarifying language around the tech companies.

Wicker told reporters he wasn’t sure if his proposal would be accepted. But he also said he doesn’t believe Trump will veto the must-pass defense bill.

“I don’t think that will occur,” he said. 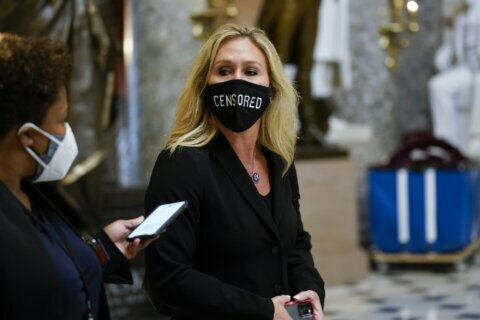 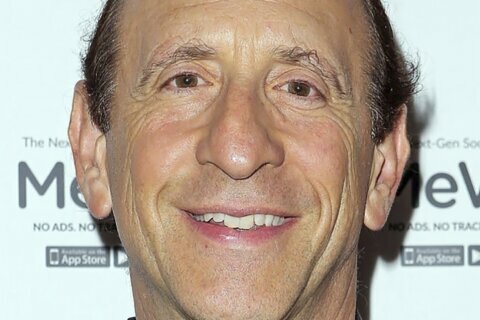