HARRISBURG, Pa. (AP) — A Republican state lawmaker from Pennsylvania revealed Monday that he has COVID-19, confirming the positive test five days after he went to the White House to meet with President Donald Trump and went maskless at a packed public meeting to discuss efforts to overturn President-elect Joe Biden’s victory.

State Sen. Doug Mastriano first revealed the diagnosis in a Facebook live video Monday night, one day after The Associated Press reported that Mastriano was informed of the positive test while at a West Wing meeting with Trump.

Meanwhile, a Republican lawmaker who attended Wednesday’s public meeting in Gettysburg with Mastriano, Sen. Judy Ward, revealed that she also has tested positive. The public meeting was held, despite state Department of Health and internal Senate pandemic directives limiting gatherings.

The AP learned of the White House test results from a person with direct knowledge of the meeting. Mastriano insisted on Facebook that the report was inaccurate, but did not say how in a 15-minute video in which he confirmed he had tested positive and described his symptoms as “pretty mild.”

He did not say where or when he got tested and did not discuss the White House meeting. Neither Mastriano nor his spokesperson have returned messages seeking comment over the past several days.

Mastriano, who has led rallies against mask-wearing and other pandemic mitigation efforts, said in the video that after interacting with large numbers of people this year, “finally eight months in, and 20,000 people in, I do get it.”

Mastriano said he wanted to “dispel any rumors and get to the bottom of it,” and suggested he contracted the virus in a “basement suite that lacked air circulation” where two other people in the room later tested positive.

He did not say when that occurred, or whether it was before the Gettysburg event, but also complained that, before going on camera, he allowed a makeup artist there to use the same brushes on him as others before him.

“I knew right there, you know, stop her, don’t let her put those brushes on your face, just walk away,” he said. “And I didn’t.”

He said he has not had a fever, and expected his quarantine “will be ending here pretty quick, actually.”

The U.S. Centers for Disease Control recommends that people who tested positive not be around other people for 10 days after symptoms first appeared, if the person has gone 24 hours without fever and other symptoms are improving.

Mastriano’s White House trip followed the hours-long meeting in a Gettysburg hotel, which was held at Mastriano’s request and where few people wore masks.

At the meeting, the state Senate Republican Policy Committee listened to Trump — calling in by telephone — and Trump’s lawyers, including Rudy Giuliani, repeat baseless claims that Biden’s victory in Pennsylvania was gained fraudulently and urge them to overturn it.

Blair County Sen. Judy Ward, who sat with a mask on a few feet away from Mastriano at the public meeting, announced in a Facebook post Monday that she also had tested positive for the virus. Ward said she believes she became infected at a Thanksgiving gathering. She has not returned messages seeking comment.

It is not clear how state Senate Republican leaders, who have remained silent about the matter, have responded internally to a potential outbreak stemming from that meeting.

Mastriano said contact tracing has been performed, but provided no details, and a Senate GOP spokesperson would only say the “Senate continues to adhere to the COVID-19 mitigation policy which was adopted in the spring.”

“The spread of this virus is something that we have to really take seriously and we should not be subjecting our staff and others to exposure,” Costa said.

A spokesperson for the state Department of Health declined to say whether the agency was conducting contact tracing as a result of the Gettysburg event. 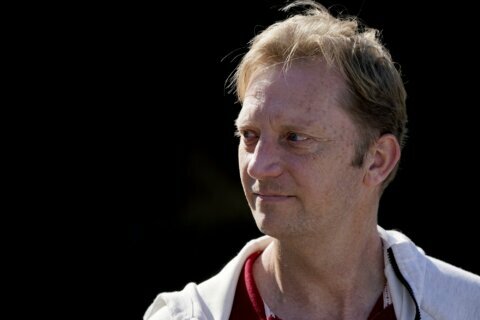 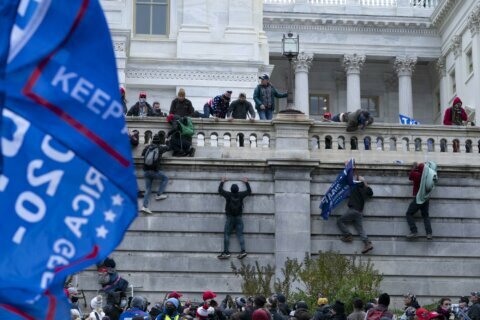