CHICAGO (AP) — Social media influencers, partisan news outlets and even President Donald Trump’s son are driving the spread of online misinformation swirling around the U.S. vote, casting doubt on this year’s election and prematurely raising suspicions about the accuracy of its results.

Legitimate U.S. social media accounts are sharing false claims of voter fraud, misleading photos of ballots being dumped in the trash and stoking fears of violence at the polls on Election Day, according to new research from the Election Integrity Partnership, a group of some of the world’s top misinformation researchers.

In some cases, those social media accounts are using isolated or old stories and photos about voting mishaps to create widespread concern about the election system, said Kate Starbird, an associate professor of Human-Centered Design and Engineering at the University of Washington who is part of the research group.

“What’s happening right now is these incidents are being framed in misleading ways that exaggerate their impact on the election,” Starbird said.

In one example, a photo purporting to show stacks of ballots sitting in a dumpster made its way to social media from conservative news outlets before being retweeted on the Twitter account of Donald Trump Jr., the president’s eldest son.

“SHOCKING: 1,000+ mail-in ballots found in a dumpster in California,” the post said.

Ballots in Sonoma County hadn’t even been mailed out yet, and the photo was taken in 2018 of ballots that were properly disposed of after the election, county officials wrote in a Facebook post last month. Still, the claim continues to circulate in some form online. The photo was also shared widely by conservative social media influencers, some of whom have thousands of followers.

Another image of mail bins and envelopes sitting on the side of the road was used in a viral meme shared by Facebook, Instagram and Twitter users that claimed, “They are finding Trump ballots thrown away all over the place.” The photo, in fact, was taken of abandoned mail bins in 2018.

Facebook has said it is working to curb election-related misinformation by including a label on posts about voting that directs users to state board of election websites, for example. The platform also enlists the help of fact-checking organizations to investigate false or misleading claims around voting and covers those posts if they are found to be untrue. The Associated Press is part of that fact-checking initiative.

Twitter, meanwhile, has promised to label or remove posts entirely that include false claims about election rigging, voter fraud or ballot tampering.

But even when the companies do act on voting misinformation, the posts are often labeled or removed after they’ve been seen widely. It has taken Twitter and Facebook hours to label misinformation from one of its most visible users: the president, who is a frequent purveyor of misleading claims about widespread voter fraud — despite little evidence of such cases.

“We can’t see how effective these labels are,” Starbird said. “I’m not sure that those labels are having a strong effect on the people who need them the most.”

Twitter said it is working with the research group on identifying voting misinformation and will take action on posts that undermine the U.S. vote. Facebook did not comment for this story.

A smaller number of liberal social media accounts have also shared out-of-context images of dumped mail to generate distrust around the ability of the U.S. Postal Service to process ballots for this election, the research found. The Postal Service is overseen by an appointee of President Trump’s.

Trump’s opponents responded to social media posts from the president and his campaign calling for an “army” to sign up as poll watchers on Election Day by suggesting it will spur violence at the polls. The research group said headlines from news outlets also amplified those social media concerns about Trump’s poll watching efforts.

That “could be a potential cause of voter suppression if people think there’s going to be violence at the polls or there could be a chance for voter intimidation, that might be a cause for them to stay home,” said Rachel Moran, a misinformation scholar at the University of Washington. ___ 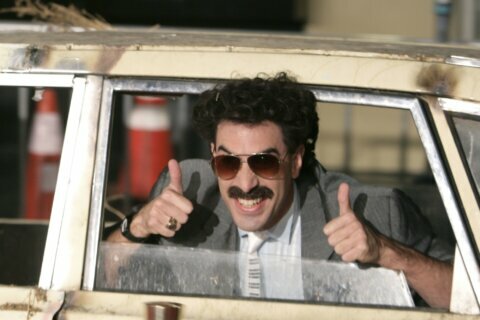 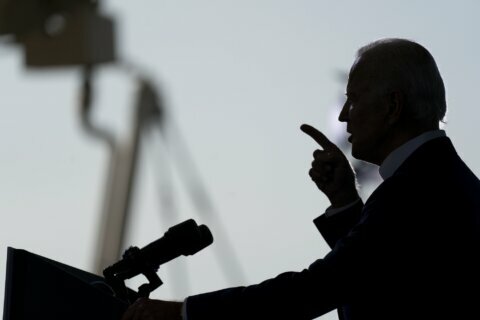