KANSAS CITY, Mo. (AP) — Patrick Mahomes and Brittany Matthews stood before a yellow sign in their backyard, pink and blue balloons stacked to the sky, and waited patiently with their backs to a long, white runway for their dogs to make their grand appearance.

As soon as they heard Silver and Steel stomping toward them, the couple spun around expectantly — and learned from the pink paw prints the pit bull and cane corso had left behind that they were having a baby girl.

Soon, the rest of the world learned it, too.

Video of the moment was posted by the Kansas City Chiefs quarterback on his Instagram account, where it has been seen more than 1.5 million times. It was “liked” an additional 65,000 times when he shared it on Twitter.

And when Matthews, who became engaged to Mahomes in equally elaborate fashion at Arrowhead Stadium just prior to the start of the season, shared the video on her own Instagram account, another 630,000 people shared in their joy.

“Brittany planned the whole thing. She’s good about that stuff,” Mahomes said. “The paint was like, this water-based paint that they got that was very easy to clean. You know that Brittany is very mom-like already with those dogs.”

So why does the “it” couple of Kansas City share so much of their personal lives with their adoring public? Why does Mahomes, who last season led the Chiefs to their first Super Bowl title in five decades, and Matthews, who has been dating him since their days at Whitehouse High School in Texas, eschew privacy for attention?

Not every 25-year-old guy just signed a contract that could pay him a half-billion dollars over the next decade, though, or become so entrenched in his adoptive hometown that he’s purchased a minority interest in the Kansas City Royals.

Yet none of that — except maybe his splurge on a Ferrari 812 Superfast with its $340,000 starting price tag — is evident by scrolling through his myriad of social media feeds. You’re more likely to find Mahomes riffing on the World Series or Grammy Awards, retweeting something funny he’s seen or heard, or sharing what his fiancée made for dinner.

Mahomes tackles more important matters than whether he’ll be a #girldad, too. His 15 and the Mahomes Foundation supports initiatives focused on children and communities in need, and he has been using his considerable reach to bolster the NFL’s attempt to increase voter participation in the upcoming election.

Mahomes was instrumental in turning Arrowhead Stadium into a polling place on Tuesday.

“Obviously in the time that we are in right now, there’s so much opportunity to go out there and try to help the world become the best place it can possibly be,” he said. “I feel like having the security and this trust in the organization and obviously the financial help, I’ll be able to do that and not only in the Kansas City community — where I hope to impact as much as I can as quickly as I can — but hopefully around the world.”

Mahomes’ innate maturity has been evident since the Chiefs selected him in the first round of the 2017 draft. He patiently spent a year learning the ropes behind veteran quarterback Alex Smith, blossomed into a record-setting starter, and now has led the long-suffering Chiefs to back-to-back AFC title games and the second championship in franchise history.

Much of that maturity is owed to his background: He grew up in baseball clubhouses as his dad, Pat Mahomes, bounced around as a journeyman relief pitcher. The youngster learned the value in giving back, the importance of relating to fans, and how to use the unique platform of a professional athlete to make a difference.

“He’s a special kid,” Chiefs general manager Brett Veach said. “At such a young age, he’s so mature, and he understands the big picture and understands there needs to be a sense of long-term thinking, and ‘I want to win a long time here in Kansas City. There are only certain ways this can be possible and this is what’s important to me. I know I’m going to be taken care of the rest of my life, but I want to leave behind a legacy and Kansas City is the place I want to do it.’”

Indeed, it’s the place Mahomes wants to play his entire career. The place he wants to keep shattering NFL passing records, leading the Chiefs to more wins and yet more championships, and sharing each step with his devoted fan base.

It’s the place Mahomes and his fianceé want to start a family, too.

“That’s how I’ve always thought of myself, just to follow my passions and do whatever I can to the best of my ability,” he said. “That was something that was instilled in me by my parents when I was young and I still believe the same things today. It’s never been about the money to me — obviously it’s awesome and it’s an exciting time for me — but at the same time, I’ve always been about being the best person, the best player that I can be every single day.

“I believe this is another step in the journey that’s just beginning.” 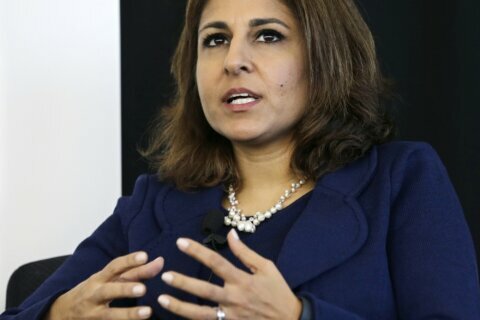