The team issued a statement from general manager Joe Douglas in which he said the Jets made the move after having several conversations with Bell and his agent during the last few days and exploring trade options.

“The Jets organization appreciates Le’Veon’s efforts during his time here and we know he worked hard to make significant contributions to this team,” Douglas said. “We believe this decision is in the best interests of both parties and wish him future success.”

In a post on Twitter shortly after the Jets’ statement, Bell posted only a hands in prayer emoji — implying that the feeling is mutual and his wish was granted.

He later followed that up with another tweet: “Got a lot to prove,” he said. “I’m ready to go.”

As a vested veteran, Bell does not have to clear waivers. He will be available to sign with another team after 4 p.m. Wednesday.

Bell and coach Adam Gase appeared to not mesh since the running back signed a four-year, $52.5 million contract with $35 million guaranteed last year as a free agent. There were reports that Gase was opposed to the Jets — mainly then-general manager Mike Maccagnan — giving such a large contract to a running back.

Bell spent his first six NFL years in Pittsburgh, but sat out the entire 2018 season in a contract dispute with the Steelers. He became a free agent and joined the Jets in March 2019 and was expected to be a dynamic presence in Gase’s offense.

Instead, Bell never consistently flashed the skills that made him arguably the NFL’s best dual threat running back before sitting out. He rushed for 789 yards and three touchdowns, and had a career-low 3.2 yards per carry. Bell also wasn’t as prominently featured in the passing game as expected, catching 66 passes for 461 yards and a score.

He spoke at times of wanting to be able to see more touches to try to help the team win. Gase spoke this offseason about needing to find ways to use him more effectively in the offense.

None of that materialized.

Bell. who missed three games this season with a hamstring injury, finished with 74 yards on 19 carries and three catches for 39 yards. And there were increasing rumblings that Bell wasn’t happy.

During training camp, Gase pulled Bell out of the team’s scrimmage practice as a precaution because the coach said the running back’s hamstrings felt a little tight. Bell went on social media and said his hamstrings were fine. The two said they spoke and there were no hard feelings or ill will.

But Bell’s latest frustrations were evident Sunday night when he liked a few Twitter posts in which some suggested he should be used more in the passing game. He saw only one target in the Jets’ loss to Arizona. Bell also liked a post in which someone suggested the Jets should trade him.

New York tried to find a trade partner, but his salary was a tough sell. He has $6 million remaining on his base salary this year, and it’s fully guaranteed. Bell was likely to be cut in the offseason as a salary cap casualty, so it made sense that New York would look to try to deal him before the NFL’s trade deadline in three weeks.

The team also gave Bell and his agent permission to explore trades on their end. The Jets were willing to pick up a portion of his salary this year, but they found no takers — with Bell’s $8 million injury guarantee for 2021 a hinderance.

So, the Jets instead decided to part ways now rather than risk Bell getting hurt — even with the team 0-5 for the first time since 1996 and now without arguably their most talented player on offense.

Gase has been on the hot seat for weeks, and this move will surely be another strike against the coach who has had a reputation in New York and his previous tenure in Miami for not getting along with some veteran players.

Fans have expressed increased frustration with every loss while calling for Gase’s job. It has been a brutal start for the football teams in the Big Apple, with both the Jets and Giants 0-5 and among the worst teams in the league in several statistical categories.

The Jets will take on the AFC East-rival Dolphins in Miami on Sunday.

Douglas has been tasked with rebuilding the roster, and the release of Bell is the latest major move by the GM in which New York has jettisoned some high-profile players.

Bell joins Leonard Williams, Robby Anderson and Jamal Adams among those who have departed in the last 12 months. Williams was traded to the Giants at the trade deadline last year, Anderson was allowed to leave as a free agent and is thriving in Carolina, and Adams was traded to Seattle during the offseason. 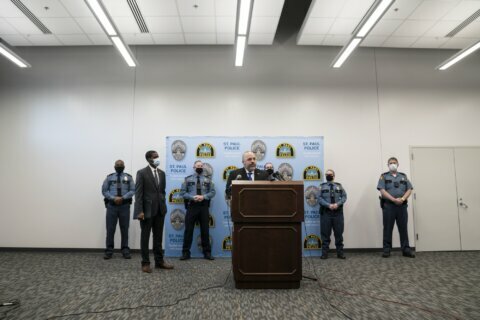 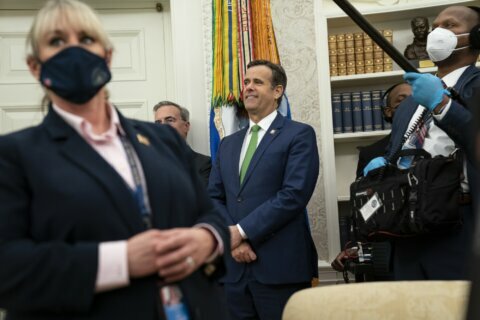 The Latest: Fauci says ‘yes right on the spot’ to Biden 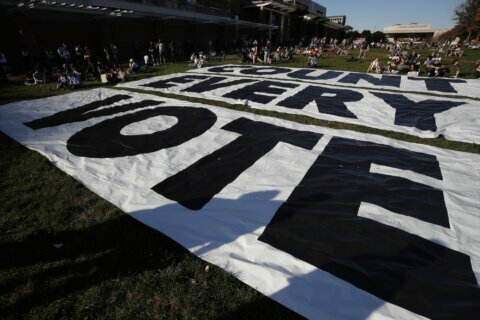