With roughly 100 million users in the United States, it’s no surprise that TikTok videos have taken over the internet.

But as the relationship between Washington and Beijing frays, the fate of the video app, which is owned by China’s ByteDance, looks uncertain. In recent weeks, US government officials have claimed that TikTok poses a serious threat to national security, and President Donald Trump has threatened to ban it unless an American company takes control of its domestic operations.

That set off a bidding contest that’s roped in some of America’s top corporations, including Microsoft, Oracle and Walmart. While Microsoft is no longer a contender — the company on Sept. 13 announced its bid was rejected by ByteDance — Oracle and Walmart appear to have emerged victorious.

The latest major development came Saturday, when Trump said he’d approved a deal “in concept” between ByteDance, Oracle and Walmart, temporarily averting a looming ban on the app that had sent downloads soaring. But the saga isn’t over yet. Beijing still needs to weigh in, and Trump’s backing isn’t set in stone.

What is clear is that the fight over TikTok is bigger than who owns an app popular with Generation Z. It’s also about the future of US-China relations, and the murky new rules businesses are forced to navigate as tensions between the world’s two biggest economies ramp up.

Over the weekend, Trump green-lit a proposed deal from Oracle just hours before a ban on downloads was due to take effect.

The ban has now been delayed by one week.

Under the deal, TikTok will set up its headquarters in the United States, creating 25,000 jobs. Oracle would store TikTok data on its cloud platform, while Walmart would be involved as a commercial partner.

Speaking to reporters, Trump said he approved the deal “in concept.”

“I have given the deal my blessing,” Trump said. “If they get it done, that’s great. If they don’t, that’s okay, too.”

Meanwhile, a US ban on messaging app WeChat, which is owned by China’s Tencent, was temporarily blocked by a federal judge Sunday night, just hours before it was to take effect. The ban would have barred new downloads and any security updates in the United States.

In issuing the preliminary injunction, Judge Laurel Beeler wrote that the ban on WeChat does not provide enough evidence that it is narrowly tailored to resolve the US government’s national security concerns with respect to the app.

The frenzy kicked off in early August when Trump signed an executive order that would effectively ban TikTok in the United States unless ByteDance could find an American owner for its US operations by Sept. 20.

The Trump administration expressed concerns that the hugely popular app could be used as a spying tool by Beijing. Authorities also fear that it could be leveraged to collect personal data on US citizens, or to censor speech deemed sensitive by the Chinese government.

TikTok has denied those allegations. The company has said its data centers are located entirely outside of China and that none of that data is subject to Chinese law.

Some experts think the proposed deal from Oracle could be helped along because of Trump’s ties to cofounder Larry Ellison, a supporter of the president. CEO Safra Katz has also donated to Trump’s reelection bid.

Still, the decision was a surprise to some following negotiations who expected a joint bid from Microsoft and Walmart to win the day.

Trump has positioned himself as the kingmaker of any TikTok deal, making clear that he must agree to the terms before anything is made official.

If that seems unusual, it’s because it is. While governments often vet pending deals to protect consumers from monopoly power, and often do weigh national security when a merger is announced, Trump’s deep involvement is a stark departure from how deals are typically finalized — as is his move to compel a sale in the first place.

“In the end, Trump is the X-factor,” said Dipayan Ghosh, the co-director of the Digital Platforms and Democracy Project at the Harvard Kennedy School. “Whatever he wishes will happen, no matter the merits of the related set of policies underlying the proposal.”

Trump has previously said that any company that scoops up TikTok must make a payment to the US Treasury as a sign of thanks.

Why does this matter?

The battle for control of TikTok in the United States goes beyond social media, security concerns and who winds up in charge.

Sure, that’s a big part of it. But the outcome will have major geopolitical consequences, too, as the United States and China move further apart under Trump.

For a while, the focus was on trade and protecting intellectual property, with both sides slapping tariffs on hundreds of billions of dollars in goods while government officials tried to negotiate new terms of engagement. But over the past two years, sensitive technology has become a big area of contention, too.

The US government has been conducting a long campaign against China’s Huawei, which makes smartphones and is a leading manufacturer of equipment for 5G wireless networks. Citing similar spying concerns, the Trump administration has pushed allies to opt for other 5G equipment vendors, while cutting off Huawei’s access to US technology, including crucial computer chips.

As pressure expands to TikTok as well as WeChat, companies are considering the emergence of a new world order that could reshape how global firms do business.

Deutsche Bank has estimated that supply and demand disruptions, along with the construction of a “tech wall” that forces companies to create two sets of standards for the United States and China, could cost companies $3.5 trillion over the next five years.

The broader economic relationship is also at stake at a delicate moment following the historic shock from the pandemic. In a report published in mid-September, the consultancy Rhodium Group found that US-China investment dropped to its lowest level in nine years during the first half of 2020 as tensions rose.

I use TikTok. What does it mean for me?

As the situation rapidly progresses, TikTok’s tens of millions of US users worry they could lose access to one of their favorite products.

Under the terms of the ban, people who already had TikTok on their phones could still post short videos of dances, fun recipes and comedy routines per usual, but no new downloads would be allowed. US users also wouldn’t be able to receive security patches or other updates, which could cause outages or glitches in the future.

Though a ban has been averted for now, fears about restrictions have sent TikTok downloads soaring. They rose 12% to 247,000 in the United States on Friday, compared to Thursday, according to preliminary estimates from Sensor Tower, a research firm. 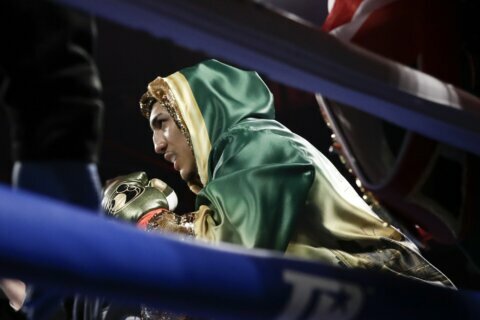