A video altered to make it appear as though Democratic president candidate Joe Biden played a song disparaging the police was viewed more than 4.5 million times on Twitter by Wednesday afternoon, its spread fueled by President Donald Trump, who tweeted it — twice.

The video, which appears to show Biden playing a controversial song by the rap group N.W.A. during a campaign trip to Florida, was labeled as manipulated media by Twitter, but it continued to circulate widely.

In the original video, Biden pulls out his cellphone and plays “Despacito,” a song by Puerto Rican singer-songwriter Luis Fonsi, who introduced him at a Hispanic Heritage Month event Tuesday in Kissimmee, Florida. In the altered video, N.W.A.’s “F—- Tha Police” plays.

“What is this all about,” the president first said as he tweeted the video Tuesday night. He tweeted it again Wednesday, saying: “China is drooling. They can’t believe this!”

Trump retweeted the video from The United Spot, which describes itself as a parody or satire account on YouTube and Facebook — but not on Twitter, where the pro-Trump account has more than 22,000 followers. The account, which often tags the president to make him aware of posts, was created in 2020. Another account closely associated with The United Spot was previously suspended by Twitter. The platform did not immediately respond to a question about the ties between both accounts.

The United Spot often airs manipulated videos on its social media accounts, some of them attacking political figures such as Biden, House Speaker Nancy Pelosi and former Secretary of State Hillary Clinton. It did not respond to a request for comment.

The United Spot shared the altered video of Biden with the caption, “Joe Biden has just ONE thing to say and it ain’t good. Listen to this.” The president retweeted that tweet.

Links to the manipulated video also appeared on Facebook on Wednesday. Facebook spokesman Andy Stone said, “The video has been fact-checked — and even before that happened, it had been removed from places where people discover content on Instagram, like Explore and hashtags.”

On Wednesday, social media users began changing the song shared in the manipulated video. The official account for the Trump campaign, Team Trump, shared an altered version of the video with audio saying, “I’ve loved kids jumping on my lap.” Biden made the remark about children jumping on his lap during a 2017 ceremony in Wilmington, Delaware, where a pool facility was being renamed for him. Biden used to work at the pool as a lifeguard. At the event, Biden discussed how he learned about race while working at the pool, which served a predominately Black community.

On Tuesday, Biden made his first trip to Florida since securing the Democratic presidential nomination, an effort to boost support in a key battleground state. A Biden win in Florida would significantly narrow Trump’s path to reelection.

The retweet is the latest effort by the Trump campaign to suggest Biden is against the police. The campaign and the Republican National Committee have falsely suggested Biden supports defunding the police. Biden has outlined plans that would redirect police funding to address mental health and make changes to the prison system.

Twitter has previously flagged Trump’s tweets for containing manipulated media. In June, Twitter applied the label to an altered video shared by Trump that showed a white toddler running toward a Black toddler. The video was labeled with a fake CNN headline saying, “Terrified toddler runs from racist baby.” In the original video, which was shared to tell the story of the two boys’ friendship, the toddlers meet and hug.

In July, Twitter removed a viral video shared by the president showing a group promoting the malaria drug hydroxychloroquine, which experts have said repeatedly is not effective at treating COVID-19.

The N.W.A. song used in the manipulated video was released in 1988 as part of the group’s “Straight Outta Compton” album, which shared the rappers’ experiences with racial profiling and police brutality. Numerous radio stations refused to play songs from the album, which was controversial at the time. 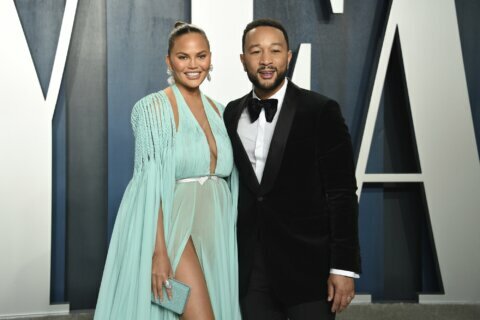 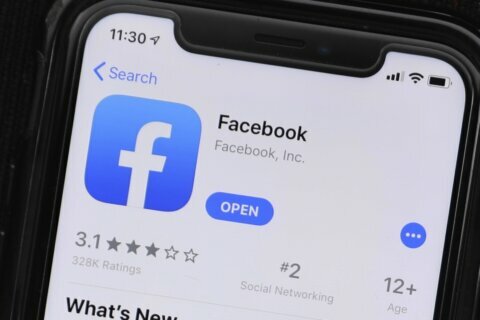 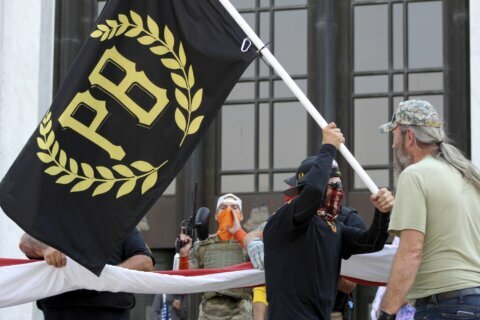