FORT LAUDERDALE, Fla. (AP) — A far-right Republican candidate banned from social media sites because of her racist and anti-Muslim speech is celebrating a congressional primary victory in Florida while embracing her role as a general election underdog in a heavily Democratic district that President Donald Trump calls home.

Incumbent Lois Frankel, 72, has been a political fixture for decades in the Palm Beach County district, where the only Republican to ever run against her, in 2016, lost by 27 percentage points.

But that didn’t stop 27-year-old Laura Loomer from trumpeting her resounding win over five other candidates Tuesday in the Republican primary. Loomer received 43% of the vote, or 14,500 votes out of a total of 34,000 votes cast.

“WE FLIPPED CANCEL CULTURE ON ITS HEAD,” Loomer wrote on Parler, a right-wing site similar to Twitter where she describes herself as the “MOST BANNED WOMAN IN THE WORLD.”

Trump, whose Mar-a-Lago residence is in the district, tweeted his congratulations early Wednesday: “Great going Laura. You have a great chance against a Pelosi puppet!” he wrote, referring to Democratic House Speaker Nancy Pelosi.

In fact, the odds are seriously against Loomer.

The candidate “is something of a celebrity in far-right circles, which may have helped her in her primary, but this is not really a district that is competitive at the general election level,” said Kyle Kondik, an editor at the University of Virginia’s Center for Politics. Barack Obama and Hillary Clinton each won the district during the 2012 and 2016 presidential elections by about 20 points, Kondik noted.

According to federal records, Loomer raised $1.1 million for her primary campaign, a hefty sum for an underdog challenger. She currently has about $200,000 left. Frankel has raised about $866,000 for this campaign, but with money left over from previous elections, her campaign has more than $1 million available. Frankel, running against a political newcomer in Tuesday’s Democratic primary, received 75,000 votes, or 86% of the 87,000 votes cast.

The incumbent said Wednesday that despite her demographic and monetary advantages, she takes Loomer seriously. She noted that another conservative firebrand, Allen West, won a congressional race in that area in 2010.

“We have learned even this year that no one can take their reelection for granted,” Frankel said. “She has raised a lot of money and is getting a lot of attention.”

At a Loomer victory party Tuesday night, the guest list comprised a veritable who’s who of provocative right-wing personalities, according to The Palm Beach Post: Roger Stone, whose prison sentence for lying to Congress was recently commuted by Trump; right-wing writer and speaker Milo Yiannopoulos, who got fired by the website Breitbart in 2017 after he praised same-sex pedophilia; and Gavin McInnes, the founder of the Proud Boys, a male-only group that describes itself as “Western Chauvinist” but has been deemed a white nationalist organization by the Southern Poverty Law Center.

“Lois Frankel doesn’t know it yet, but she is going to get Laura Loomered,” Stone told the crowd, calling Loomer the “Joan of Arc of the conservative movement.”

Given Loomer’s national profile and the backing of Trump’s local supporters, “It would have been surprising if she didn’t win” the Republican primary, Florida Atlantic University political science professor Kevin Wagner said Wednesday.

But the same factors that led to her primary win will make a victory in November difficult, he said.

“She is going to have to win over Democratic and independent voters and that will be challenging,” he said.

Loomer was banned from Twitter, Facebook, Lyft and Uber after years of pushing anti-Muslim misinformation and rhetoric. On social media, Loomer regularly posted conspiracy theories and misinformation around Minnesota’s Ilhan Omar, the first Somali-American elected to Congress. Among them was the false claim that Omar and other Democrats were plotting to institute Sharia law in Minnesota.

During breaking news events, Loomer would wrongly identify criminal suspects as Muslims or immigrants. In one tweet, she called on her followers to create a “non-Islamic” ride-sharing company because she did not want to support “another Islamic immigrant driver.” Uber and Lyft banned Loomer in 2017.

At a 2018 campaign event for Florida Democratic gubernatorial nominee Andrew Gillum at a Broward County synagogue, the synagogue’s staff asked Loomer to leave because she had disrupted previous Gillum events. When she refused, the staff had police escort her out. She yelled that her treatment was like Nazis throwing Jews out of synagogues. The internet video went viral.

Spokesmen from Twitter and Facebook told The Associated Press on Wednesday that the social media platforms had no plans to reinstate Loomer now that she is the Republican nominee for a congressional seat, as some of her supporters have asked. 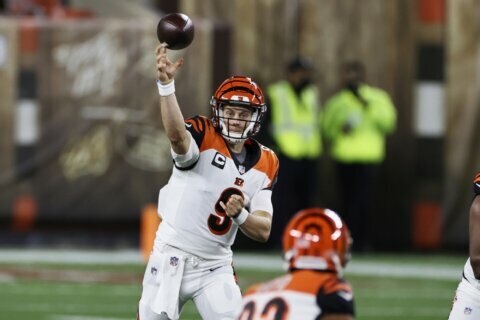 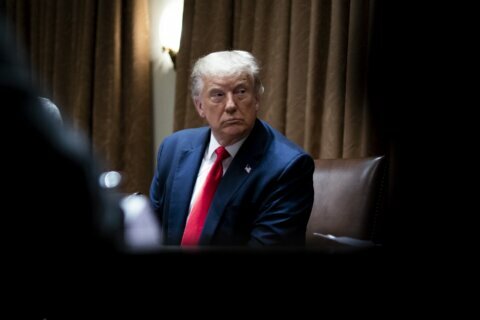 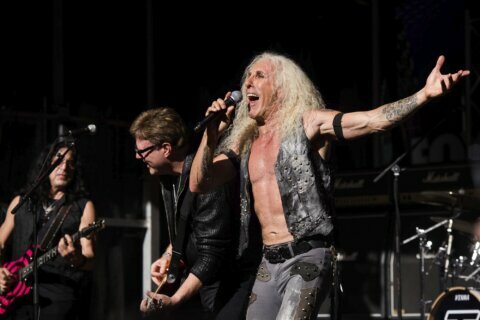