MARSHALL, Minn. (AP) — A couple in Minnesota wore red face masks emblazoned with swastikas to a Walmart in a video posted on social media.

Police were called Saturday to the Walmart in Marshall, in the southwest part of the state, on a report that two shoppers were wearing the mask with the symbol used by the Nazi Party. Another shopper, Raphaela Mueller, who is a vicar of a southwest Minnesota parish, posted video on Facebook of the man and woman being confronted by others in the store, the Star Tribune reported.

“If you vote for (Democratic presidential candidate Joe) Biden, you’re going to be living in Nazi Germany, that’s what it’s going to be like,” the woman with the swastika mask said in the video as her husband loaded bags of groceries into a shopping cart.

Mueller said when she first saw the couple, she felt “nauseated and I wanted to cry, which I ended up doing.”

“I was speechless and shocked. I have heard of (things like this) happening in other places but I never thought I would see something like that,” she told The Associated Press on Sunday.

Marshall police gave the couple no-trespass notices but did not cite or arrest them, police Capt. Jeff Wenker told the AP on Sunday. Police did not identify the couple.

In a statement, Walmart said the Bentonville, Arkansas-based retailer “will not tolerate any form of discrimination or harassment in any aspect of our business.”

The couple’s trespass ban is for at least a year and applies to all Walmart stores, the company said. 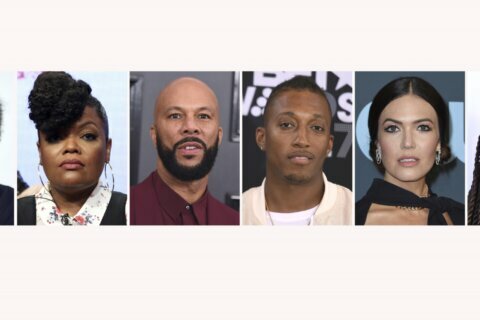 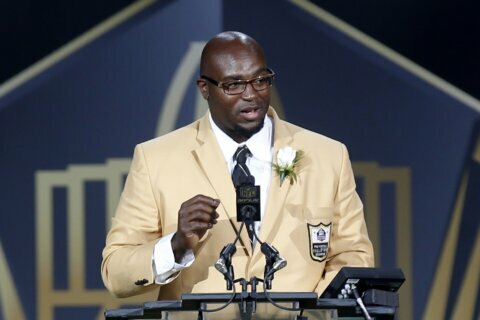