CHICAGO (AP) — A 19-year-old from Chicago is charged with making a threat after he posted messages through a social media site typically used to produce humorous memes, saying he would carry out an attack on a city abortion clinic, according to a federal complaint unsealed Monday.

Farhan Sheikh posted a statement on his iFunny page last week that said he intended to go to the clinic this Friday, Aug. 23, to “slaughter and murder any doctor, patient, or visitor” he saw there, the complaint says.

Addressing the FBI in the statement, he added he wasn’t joking.

“I am NOT a satirical account,” it said. “I post what I mean, and I WILL carry out what I post.” He also allegedly wrote: “May god forgive me for what I am going to do soon.”

The complaint says Sheikh subscribed to the iFunny account of “ArmyOfChrist,” the purported user name of 18-year-old Justin Olsen, who was charged earlier this month in Ohio with threatening an agent. He allegedly posted support for mass shootings and for any attacks on Planned Parenthood.

Olsen, who was arrested at a home stockpiled with guns and ammunition, had been under investigation since February. But prosecutors in the federal judicial district for northern Ohio said they choose to bring him in in the wake of recent mass shootings in Ohio and Texas.

The complaint against Sheikh doesn’t identify the clinic he is said to have threatened, saying only that it was about four miles from Sheikh’s North Side residence.

He is charged with transmitting a threat in interstate commerce, which carries a maximum five-year prison sentence.

Sheikh made an initial appearance in U.S. District Court in Chicago on Monday morning, standing in orange jail clothes and flanked by U.S. marshals. When U.S. Magistrate Judge Susan Cox asked if he understood the accusations against him, he answered, “Yes, ma’am.”

A message left for his court-appointed federal defender, Amanda Penabad, wasn’t immediately returned. A detention hearing is scheduled for Tuesday.

When agents arrested Sheikh on Friday, he told them he believed they were there because of jokes he posted on iFunny, the complaint says. Olsen similarly told the FBI during his arrest that his postings were jokes, according to filings in his case. 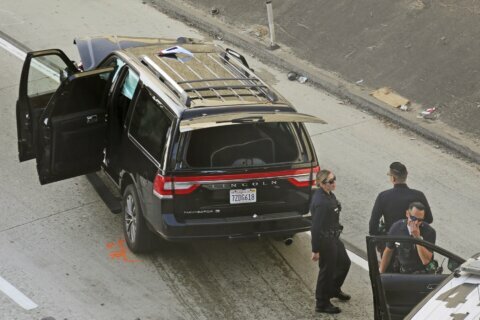