BERLIN (AP) — The best polls put the far-right Alternative for Germany at less than 15 percent of the vote one week before European elections . But with their relentless Facebook messages, tweets and other social media posts, they’re dominating the other parties online.

Like other right-wing parties in Europe, the party known as AfD is taking a page out of U.S. President Donald Trump’s playbook, skirting a traditional media campaign to focus on a provocative social media effort that has prompted more shares and chatter than anyone else. The key question, though, is whether it can turn the internet buzz into actual votes.

“As the first Facebook party of Germany, the AfD knew from the very beginning how to activate and mobilize their fans,” digital expert Martin Fuchs told The Associated Press. “Thousands of fans make sure the party’s content is spread widely and creates a buzz and attention — at least within the AfD bubble.”

Trump’s nontraditional strategy has proven a model for many populist parties in Europe. Italy’s Matteo Salvini streams videos of his appearances on Facebook and debates issues on Twitter; Marine Le Pen in France has 2.2 million Twitter followers and her party created a unit devoted to social media campaigning for France’s 2017 presidential election, in which she made it to the runoff.

The AfD wouldn’t discuss its strategy in detail, but the most successful posts seem to take a kernel of real news and then exaggerate it to raise online indignance and promote the conservative nationalist platform.

On Twitter, its members are lashing out against the traditional mainstream parties by falsely claiming Chancellor Angela Merkel’s Christian Democrats want to ban YouTube. On Facebook, they warn — also inaccurately — that Merkel’s government coalition partner, the Social Democrats, will expropriate private homes.

And on all social media platforms, they stoke fears of migrants and Islam.

Earlier this month they capitalized on a report in the conservative tabloid press that Mohammed had become the most popular baby name in Berlin — true if you count middle names, but otherwise not.

With a photo of a toddler sporting a crudely photoshopped thick black beard, the Berlin AfD tweeted “Mohammed is now the most popular name,” and asked, “Berlin: Islamization is not happening?” That post was eventually taken down but not before it sparked wide-ranging uproar and discussion.

And after a report that an asylum-seeker threw a dog out a window, the AfD posted on Facebook a picture of a Golden Retriever puppy captioned: “Mutilated, burned, raped: Dogs perish for radical Islam.” The post was shared 7,000 times and received 2,800 comments.

Currently, the AfD is polling at around 10-13% for the upcoming election, up from 7.1% in the 2014 European election. But 47% of the most frequently used terms in online political discussions were linked to the AfD in a study by Alto Data Analysis.

In an interview with the AP earlier this month, AfD co-leader Alice Weidel downplayed the poll figures, noting that mainstream pundits had underestimated Trump’s chances of winning right up to election day.

But the other parties are not rolling over and playing dead in the face of the AfD’s social media dominance.

The Greens, for example, had one person who took care of two social media accounts during the last European elections. This time, it’s four staffers overseeing 14 accounts, double the budget for the media campaign, and all their party members, candidates and elected politicians are encouraged to be digitally active.

They’ve also got a so-called “rapid response team” of around 4,000 online-savvy supporters who can be activated to “jump into the debates and discredit false statements” when the party is attacked by others on social media, the press office of the Green Party told the AP.

Christian Lindner, the leader of the pro-business Free Democrats, is a prolific tweeter and was one of the first major German politicians to embrace the platform. For this election, the party has ramped up its online operation with a budget of 300,000 euros ($337,000 dollars) compared with 47,300 euros in 2014. Likewise, Merkel’s junior coalition partner Social Democrats say they have increased their budget 80-fold over the previous European election, where they spent only 20,000 euros.

Merkel herself does not tweet, and made a splash earlier this year by saying she was giving up her Facebook page as well, despite 2.5 million likes. Her spokesman, Steffen Seibert, does tweet regularly, as does the party and many of its other leaders. The CDU did not respond to several requests for comment on their social media efforts for the European elections.

The AfD’s national press office said that “social media are important for us, however, their influence on the elections is not measurable.” The party did not want to share further details on its election strategy, but a spokesman for the AfD’s Berlin branch, Ronald Glaeser, said using social media was the best way for the party to bypass traditional media.

Fuchs, the digital expert, who teaches at several German universities and founded the social media analysis platform pluragraf.de, said his research suggests the AfD’s skillful digital campaigning will not translate into too much of a gain at the polls. He noted that in Germany, studies show entire election campaigns usually only impact about 2-3% of the vote’s result.

The AfD has seen little or no growth in its Facebook fans in recent months, he said.

“My impression is that the AfD’s potential to mobilize via digital communication is immensely overrated,” Fuchs said. “They’re mobilizing inside their bubble — but only there.”

“It’s not easy — often even impossible — to influence voters via social media,” Hegelich told the AP. “All studies so far imply that nobody changes their political opinion radically just because he reads something on the internet.”

For more news from The Associated Press on the European Parliament elections go to https://www.apnews.com/EuropeanParliament 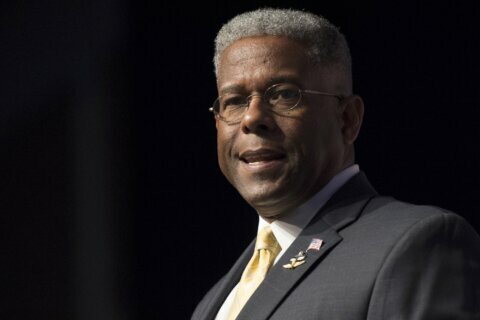 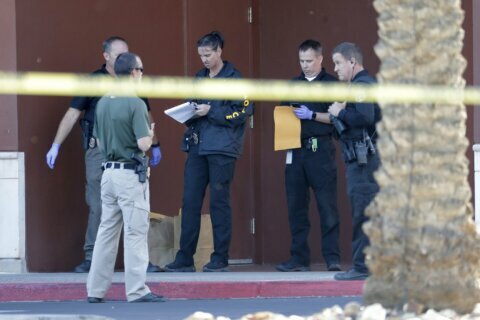