Omar’s edgy Israel tweet no surprise to some back home

MINNEAPOLIS (AP) — As Ilhan Omar’s political star was rising last year on her way to becoming one of the first Muslim women in Congress, several Minnesota Jewish leaders invited her to talk privately about past statements they considered anti-Semitic and anti-Israel. Gathering at a state senator’s home, they hoped to get a better sense of her views while expressing their concerns.

Most came away dissatisfied by what they heard.

Those concerns were confirmed this week when Omar suggested on Twitter that members of Congress support Israel for money, igniting a bipartisan uproar in Washington that included criticism from President Donald Trump and House Speaker Nancy Pelosi.

“There seems to be a pattern developing which indicates more of an attitude than mistakes,” said Ron Latz, the Democratic state senator who hosted the meeting. “And that’s what’s most troubling. I mean, I’m grateful that she seems to be willing to be engaged in conversations with the Jewish community, but she doesn’t seem to be learning from those conversations.”

Omar’s liberal Minneapolis-area district includes the largest Somali-American community in the U.S. as well as the suburb of St. Louis Park, a historical hub of the region’s Jewish community — making it a revealing listening post for the debate that Omar’s comments sparked. Where many saw a repeat of blatant anti-Semitism, others saw a young politician done in by her own rush to agitate on social media. And others — Jewish and Muslim — said their support for her is unshaken.

In tweets this week, Omar said she is learning.

“Anti-Semitism is real and I am grateful for Jewish allies and colleagues who are educating me on the painful history of anti-Semitic tropes,” she said in an apology Monday.

But she quickly pivoted back to offense after Trump called her apology “lame.”

“You have trafficked in hate your whole life — against Jews, Muslims, Indigenous, immigrants, black people and more,” she tweeted about the president Wednesday. “I learned from people impacted by my words. When will you?”

Omar made history as the first Somali-Minnesotan elected to the Legislature in 2016 before winning her congressional seat in November. She built her campaign on her back story as a refugee, with a progressive platform that emphasized education, immigration, aid for the poor and criminal justice reform.

Some in her progressive base had no problem with her remarks.

Isaiah Breen, of Minneapolis, said Omar is being held to a double standard given that Republicans often trafficked in anti-Semitic tropes depicting billionaire philanthropist George Soros as a puppet master during the 2018 campaign.

“None of these people have ever apologized, and none have endured the scrutiny that Ilhan faces,” he said.

His co-worker at a local Jewish nonprofit, Aaron Berc, of Minneapolis, said he admires Omar for learning and being willing to listen.

“It’s striking to me that when a strong woman of color, a Muslim of color, starts speaking out on these issues she’s attacked for it,” he said.

For Latz, from St. Louis Park, Omar’s troubling statements go back to a tweet from 2012 when she said “Israel has hypnotized the world.” Omar apologized for the tweet just last month.

He also believes she was not candid about her position when she told a largely Jewish audience at a campaign forum last August that she considered the Boycott, Divestment and Sanctions movement, which targets Israel’s treatment of Palestinians, to be unhelpful toward achieving a two-state solution. Omar later said she supports the movement. Latz said those and other tweets and statements by Omar reinforce anti-Semitic attitudes that have dogged Jewish people for thousands of years.

“These words have meanings. And they have impact. And they’re hurtful. And they contribute to a general atmosphere that allows people who really do have those kinds of anti-Semitic feelings to act out on them,” he said. “That creates fear within the Jewish community,” he said.

Abdul Basit, chairman of the Minnesota chapter of the Council on American-Islamic Relations, called the criticism unfair and said she raised a legitimate point about politics, lobbyists and money.

“I don’t believe that in any way Representative Ilhan Omar meant to disrespect our Jewish brothers and sisters,” said Basit, who immigrated to Minnesota from Pakistan. “She was specifically talking about the impact that lobbyists have in this country when determining their own interest, and the tweet specifically talks about the neglect that has been in this country when it comes to the Palestinian people and their plight.”

Some in the city’s Somali community said Omar should focus on their concerns rather than getting embroiled in the Israeli-Palestinian conflict.

At the Karmel Mall, a hub of Somali-owned shops and restaurants, Abdirisak Hassan said he wished Omar would think more before she tweets, adding that he and many in the community “feel bad” about because the tweets “go too far.”

“She’s new to the politics,” he said.

Hassan said Somalis elected Omar to represent them and speak out against Trump and that they expect her to talk about the issues that are important to Minnesota. When it comes to Israel and Palestine, he said that’s not something she should be talking about.

“In the Somali community, we have many things we need to talk about — our own issues, so we don’t need other issues,” he said. “We have to talk about our issues first. We have to fix a lot of issues we have.”

Faysal Abdi, who works at a clothing shop in the mall and drives an Uber, called Omar’s comments “a rookie mistake” and said that he thinks she’ll learn from them. He said it’s up to the Israelis and the Palestinians to sort out their disputes.

Rabbi Marcia Zimmerman of Temple Israel, a large Minneapolis synagogue, said she had heard from many people concerned that Omar’s messages have eroded trust. She spoke with the congresswoman by phone Thursday and set a date for a face-to-face meeting, but declined to provide other details. Interfaith dialogue, Zimmerman said, is an antidote to stereotyping and hatred.

“I hope she really hears the concerns of her constituents in the Jewish community and our allies, and begins a listening tour of what the community’s concerns are,” Zimmerman said. 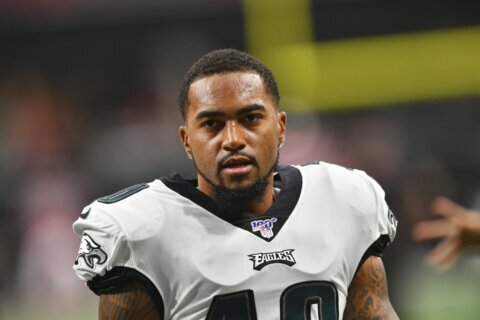 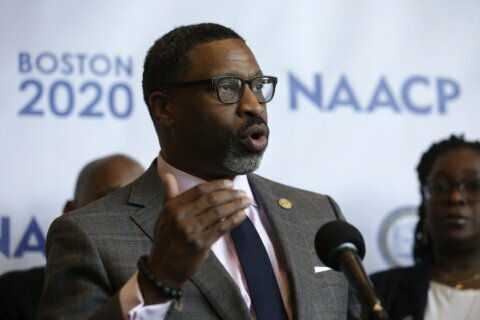 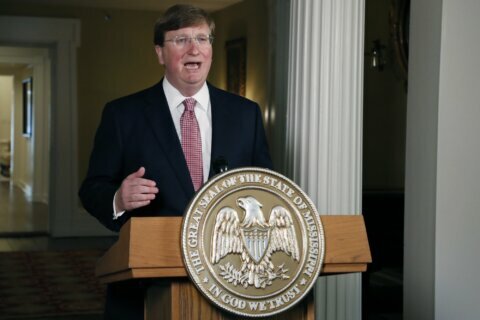