Pulisic critical of level of US support at win over Morocco

U.S. captain Christian Pulisic was critical of the level of American support from the crowd of 19,512 at TQL Stadium during a 3-0 victory over Morocco on Wednesday night in the first of four World Cup warmup matches in June.
Listen now to WTOP News WTOP.com | Alexa | Google Home | WTOP App | 103.5 FM
(1/14) 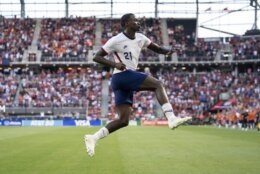 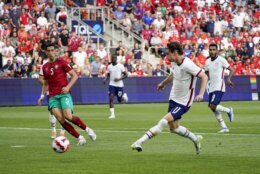 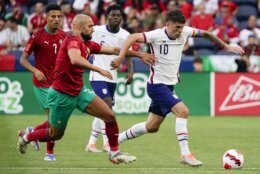 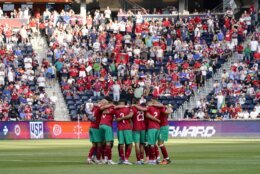 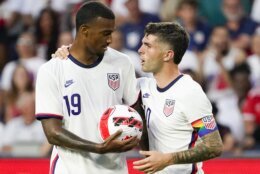 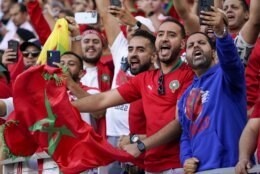 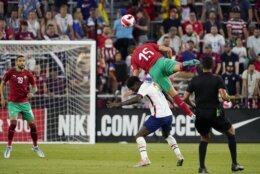 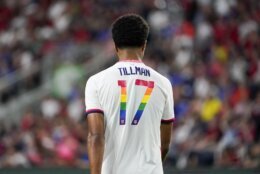 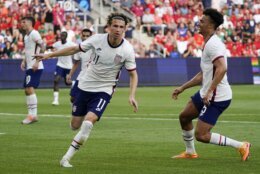 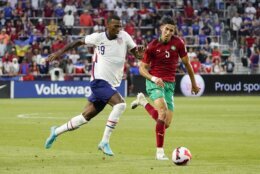 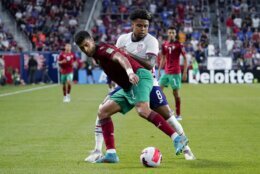 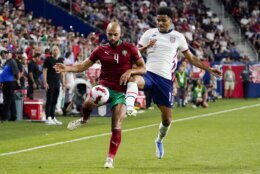 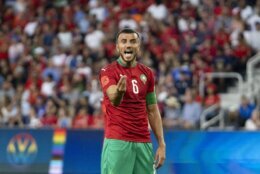 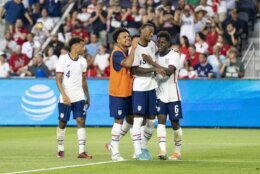 CINCINNATI (AP) — U.S. captain Christian Pulisic was critical of the level of American support from the crowd of 19,512 at TQL Stadium during a 3-0 victory over Morocco on Wednesday night in the first of four World Cup warmup matches in June.

“For whatever reason, I’m not super happy with the amount of Americans here, however, that works out, if I’m being completely honest,” the 23-year-old Chelsea forward told a live audience on ESPN2. “But thanks to the ones who did come, and the support is always great from them.”

The U.S. had drawn a sellout crowd for its first match at the stadium, a 2-0 win over Mexico in a World Cup qualifier on Nov. 12.

Brenden Aaronson and Tim Weah scored midway through the first half and Haji Wright converted a second-half penalty kick in his international debut.

The 15th-ranked Americans, using a roster at about 75% of full-strength, won for the first time in four matches with No. 24 Morocco, also preparing for the November tournament in Qatar.

Wearing rainbow numbers on white jerseys for LGBTQ Pride month, the U.S. extended its home unbeaten streak to 24 matches since a September 2019 loss to Mexico, two shy of the team record.

Pulisic set up Aaronson for his sixth international goal in the 26th minute after pulling down a 50-yard pass from Walker Zimmerman, taking touches with both feet to spin defender Samy Mmaee and passing off.

Weah scored in the 32nd minute for his third international goal, a 22-yard shot off the goalkeeper’s glove.

Pulisic drew a penalty kick from Achraf Hakimi in the second half and handed the ball to Wright, his teammate at the 2017 Under-17 World Cup, and Wright beat goalkeeper Yassine Bounou in the 64th minute.

“We go way back,” Pulisic said. “He needed that goal, and he said he was confident to go step up and take it, so I wanted him to get that confidence, and I’m glad he scored.”

Wright and left back Joe Scally entered at the start of their second half in their U.S. debuts and midfielder Malik Tillman came on in the 65th for his debut, a day after FIFA approved his change of affiliation from Germany.

The U.S. has used 118 players in this World Cup cycle, including 91 under coach Gregg Berhalter — 56 making debuts.

Central defender Cameron Carter-Vickers, a son of former NBA player Howard Carter, entered at the start of the second half in his first international appearance in three years and Weston McKennie, returning from a broken foot, came on in the 72nd.

Berhalter is using the June matches to mix look at players beyond the 38 used in World Cup qualifying. He also experimented by moving Aaronson from a wing to central midfield.

American goalkeeper Matt Turner wasn’t tested until the 52nd minute, when he dived to parry Tarik Tissoudali’s one-hop header. Selim Amallah hit the crossbar with a penalty kick in the 76th minute after referee Ismael Cornejo called Scally for a foul on Soufiane Rahimi, even though replays showed Scally had not made contact.

The U.S. plays an exhibition against Uruguay on Sunday at Kansas City, Kansas, then has CONCACAF Nations League matches against Grenada on June 10 in Austin, Texas, and at El Salvador four days later. The other World Cup prep matches for the U.S. are a pair of exhibitions in Europe in September.

The Americans open the World Cup in Qatar on Nov. 21 against the winner of Sunday’s Wales-Ukraine playoff. They play England four days later and close group play against Iran on Nov. 29.

Morocco lost for the second time in 35 matches. In its second straight World Cup and sixth overall, it opens Group F against 16th-ranked Croatia on Nov. 23, plays No. 2 Belgium four days later and faces No. 38 Canada on Dec. 1.

Morgan scores twice and US women down Haiti 3-0