With north London rivals Tottenham and Arsenal neck and neck, the fight for Champions League qualification looks like being as hard fought as the title race in the English Premier League.

Tottenham’s superior attacking power might yet prove decisive in the final stretch.

Out of nowhere, Antonio Conte’s team is the highest-scoring team in the league in 2022 — with 30 goals in 13 games — after overwhelming Newcastle to win 5-1 on Sunday.

It lifted Spurs above Arsenal into fourth place, the final qualification spot for the Champions League, but only on goal difference. Arsenal has two games in hand, the first being a tricky one at Crystal Palace on Monday.

“Now I have had five or six months to work and bring my idea of football and mentality,” said Conte, who replaced Nuno Espirito Santo as manager in November.

“This league is very difficult but to play against us is not easy in this moment.”

With Ben Davies, Matt Doherty, Son Heung-min, Emerson Royal and substitute Steven Bergwijn scoring, the big surprise was that in-form striker Harry Kane didn’t get in on the act.

Fourth place might not be the ceiling for Tottenham and Arsenal, who have only the Premier League to focus on. Chelsea is only five points ahead in third and has to juggle playing in the Champions League and FA Cup over the next month, too.

None of them will get close to catching Manchester City and Liverpool, the top two teams who are separated by one point with eight games left.

West Ham isn’t quite out of contention for fourth place yet after its 2-1 win over relegation-threatened Everton. That lifted West Ham into sixth place, above Manchester United, and three points behind Tottenham and Arsenal.

Jarrod Bowen marked his return to the team after injury with the winning goal, forcing home a rebound after Michail Antonio’s shot was saved by Everton goalkeeper Jordan Pickford.

Aaron Cresswell gave West Ham the lead with a curling free kick into the top corner in the 32nd, only for Mason Holgate to equalize in the 53rd with a deflected shot.

Everton defender Michael Keane was sent off soon after Bowen’s goal for picking up a second booking, and the team remained in deep trouble just one place and three points above the relegation zone.

The situation could get even worse if Frank Lampard’s team loses at next-to-last Burnley on Wednesday. Everton has lost its last six away matches in all competitions.

West Ham manager David Moyes, who used to coach Everton, said he felt his former club had enough quality to stay up. It made Lampard smile.

“That’s easy for him to say — but I appreciate the sentiment,” Lampard said.

“If he meant from seeing us today and if we continue with that form and replicate that, then I agree. But we are in the position we are in with 10 games left.” 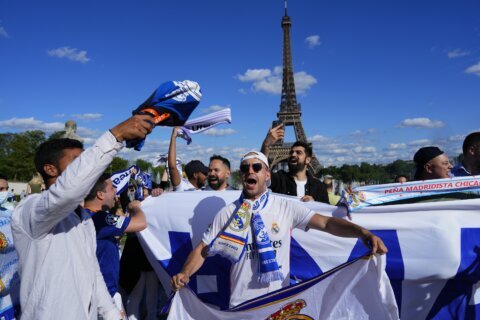 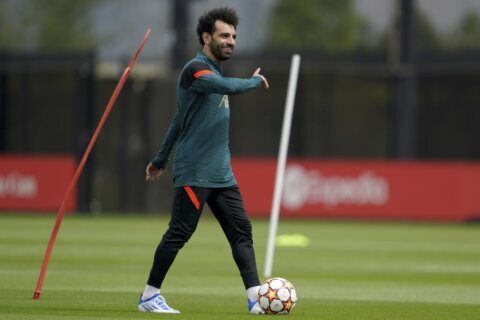