Steffen starts for US vs Mexico as Berhalter uses top lineup

Berhalter had debated with his staff whether to use a “B” team at Estadio Azteca, where the Americans have five losses and three draws in eight qualifiers, and to rest his top players for a home qualifier Sunday against Panama, which appears to be a more significant game in the standings.

Steffen, bothered by back spasms, had been supplanted by Matt Turner, who started eight of the first 11 qualifiers. Turner is sidelined by an ankle injury and Berhalter picked Steffen over Ethan Horvath. Steffen is a backup at Manchester City and was playing just his second match since Feb. 5, while Horvath has gained the starting role at Nottingham Forest.

Nine of the 11 starters also opened the 2-0 win over Mexico at Cincinnati on Nov. 12, when Pulisic entered in the second half and scored the go-ahead goal, and Acosta also came in late.

Pulisic, Acosta and Yedlin also started the 1-1 draw at Mexico in a 2017 qualifier.

Defender Reggie Cannon did not dress after testing positive for COVID-19. He had been held out of training Wednesday because of an inconclusive test result.

Turner, Cannon, Weston McKennie, Jordan Morris and Luca de la Torre were dropped from the lineup that started against Honduras. McKennie is sidelined by a broken foot.

No. 3 goalkeeper Sean Johnson and midfielder Gianluca Busio did not dress

Luis Rodríguez, Julio César Domínguez, Jesús Gallardo and Luis Romo were the players in the lineup against Panama who were dropped. 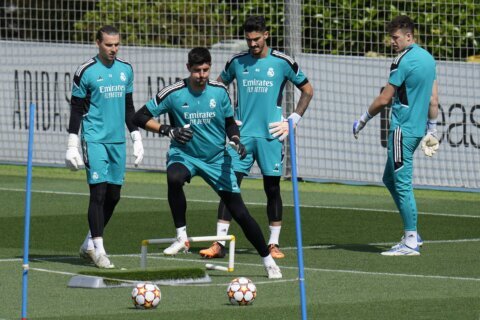