Disaster again as Italy fails to qualify for World Cup

MILAN (AP) — When Italy missed out on the last World Cup, it was a disaster for soccer in the…
Listen now to WTOP News WTOP.com | Alexa | Google Home | WTOP App | 103.5 FM

MILAN (AP) — When Italy missed out on the last World Cup, it was a disaster for soccer in the country.

Missing another? There are really no words to accurately describe it.

“NOOOOOOOOO!” screamed the headline on Friday in the Tuttosport newspaper, with all nine of those Os stretching all the way across the front page.

The Italians, who won the European Championship only eight months ago, can really only blame themselves for missing out on this year’s World Cup in Qatar. The team failed to convert dozens of chances in the 1-0 semifinal playoff loss to North Macedonia on Thursday, with Aleksandar Trajkovski scoring in injury time to secure a shocking victory for a country ranked 67th in the world.

“Into hell,” Corriere dello Sport blared on its front page.

Gazzetta dello Sport called it “Out of this world.”

The loss in Palermo certainly came as a surprise to many, but it was also predictable for a team that has been in rapid decline since beating England on penalties to win the Euro 2020 title last July.

The team that set records for winning last year had won only two of its eight matches since, including losing its first match in more than three years to Spain in the Nations League.

“Our triumph at the Euros was fully deserved. But then some of the fortune we had in the tournament transformed into total and complete bad luck,” Italy coach Roberto Mancini said. “It almost feels like conceding a last-minute goal was fitting.

“I don’t know what to say. Maybe we shouldn’t even have got to this point.”

Here’s a look at where it went wrong for Italy this time:

Italy was in total control of its World Cup qualifying group until after Euro 2020. That’s when the scoring touch seemed to disappear.

The Azzurri drew four of their final five matches and dropped behind Switzerland for the the sole automatic qualifying position.

Missed opportunities cost them dearly in those games, especially against Bulgaria, where Italy had 27 attempts to its opponent’s four and 71% possession but nevertheless drew 1-1.

It was the same problem in the playoffs against North Macedonia. Italy had 32 shots on goal while the visitors had only four. One of those went in, allowing North Macedonia to advance to the playoff final against Portugal on Tuesday.

Italy’s lack of scoring had so concerned Mancini that he called up Mario Balotelli for a three-day training camp in January, three years after his last appearance for the Azzurri. He left out the controversial forward for the World Cup playoffs, however.

Penalties saved Italy at Euro 2020. The Italians beat Spain in the semifinals and England in the final in shootouts.

But two failed Jorginho attempts from the spot in the qualifying matches against Switzerland ended up hurting bad. One match ended 0-0, the other 1-1.

If Italy had won either of those two matches, they would have finished ahead of Switzerland and gained automatic qualification to this year’s tournament in Qatar.

“Stepping up there twice and not being able to help your team and your country is something that I will carry with me forever, and it weighs on me so much. People say now we need to move on, but it still hurts.”

The Italian national team’s recent poor form has been mirrored at club level in Serie A.

Moreover, there is a clear discord between the clubs and the national team. Serie A refused the Italian soccer federation’s request to amend its calendar and move the league matches from the weekend before the playoffs, which would have allowed Mancini more time with his players.

“It’s clear that there is always great resistance from the clubs towards the national team,” federation president Gabriele Gravina said. “The national team is seen more as an annoyance than something that unites an entire country.”

Gravina acknowledged that there needs to be institutional reforms.

“The loss this evening makes us understand that something needs to be done in Italian soccer,” he said. “For example, let’s start by figuring out what we can do for the many youngsters who don’t get opportunities across our leagues and how we can fill this gap.” 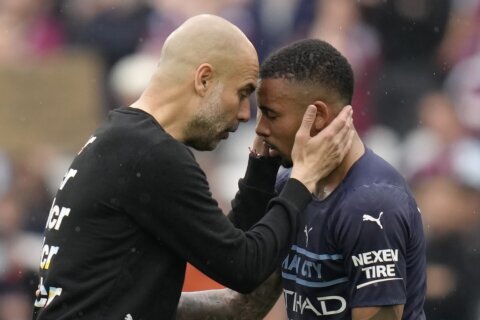 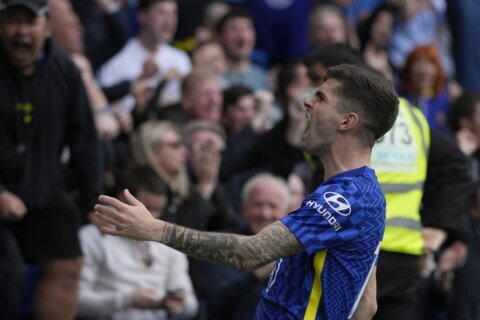