Barcelona’s 17-year streak of advancing to the Champions League knockout rounds each season ended Wednesday with an exit from the group stage that failed to finish on time because of snow in Italy.

Barcelona fell to a 3-0 loss at Bayern Munich that dumped the five-time European champion into a dismal — and deserved — third place in Group E.

Bayern’s perfect six straight wins started with a 3-0 win at Camp Nou in September, and a repeat result at home let Benfica rise above Barcelona — and into the round-of-16 draw on Monday — by beating Dynamo Kyiv 2-0.

Only 15 of the 16-team lineup in the knockout stage were known on Wednesday night.

The Atalanta-Villarreal game to decide who will finish runner-up in Group F was postponed by heavy snow in the northern Italian city of Bergamo. The group was already won by Manchester United before it drew 1-1 Wednesday with last-place Young Boys at Old Trafford.

A grim evening for Spanish sides saw Sevilla join Barcelona in being eliminated, failing to advance from the wide-open Group G where all four teams kicked off in contention.

Lille, the team lowest-ranked by UEFA in the group stage, seized top spot by beating Wolfsburg 3-1 in Germany. Canada forward Jonathan David scored the second goal for Lille. Salzburg beat Sevilla 1-0 to advance to the round of 16 as runner-up. The consolation for third-place Sevilla is a switch across to the second-tier Europa League where it is the record six-time title-holder.

Defending champion Chelsea and Juventus had already sealed their round-of-16 places from Group H but first place in the group was in play Wednesday.

Chelsea was stunned by Zenit St. Petersburg’s leveler deep into stoppage time for a 3-3 draw in Russia that let Juventus secure top spot with a 1-0 win at home to Malmo.

Juventus will be in the pot of seeded teams with the other group winners in Monday’s draw, where the unseeded pot now includes Chelsea and Paris Saint-Germain.

Before Lionel Messi left for PSG, in all 17 years of his first-team career at Barcelona the club took its place among the elite in the round of 16 each February. They won four Champions League titles in that era.

The decline also extends at home and to the club’s finances. A current seventh place in La Liga is outside the European qualification spots and years of big spending on wages mean there is no quick fix for the prodigal son who returned last month to coach the club.

“We need to work hard, many things that put Barcelona in this situation. But this is our reality. I cannot say anything else,” Xavi said.

Bayern won its group with a 22-goal tally that was more than twice as many as the other three teams combined.

Bayern was joined by Salzburg in playing in empty stadiums just like 2020 in European soccer during the first waves of the COVID-19 pandemic.

Salzburg’s first entry into the knockout rounds follows several years as junior partner to fellow Red Bull affiliate Leipzig, which placed third in its group Tuesday and will switch to the Europa League.

The round-of-16 draw is on Monday at 1100 GMT at UEFA headquarters in Nyon, Switzerland.

There are restrictions in the draw. Teams that already played each other in the group stage and teams from the same country cannot be drawn together.

First-leg games are played over two midweeks from Feb. 15-23 and return games are from March 8-16.

Eight teams that placed third in Champions League groups enter a separate draw on Monday for the Europa League knockout playoffs in February. They will play two-leg series against runners-up in Europa League groups with winners advancing to the competition’s round of 16 in March. 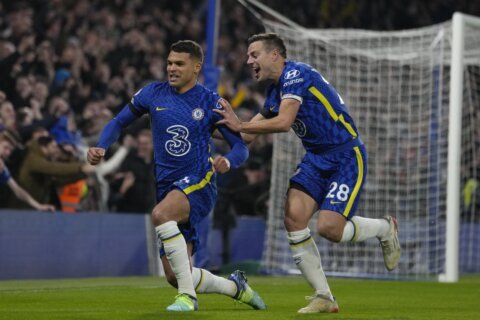 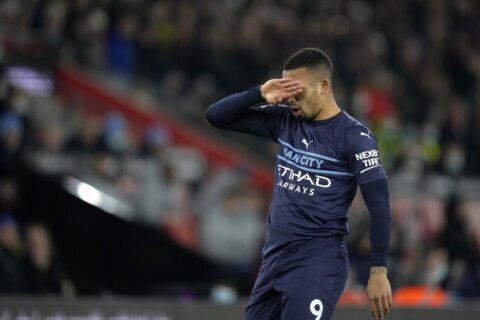