Pierre-Emile Hojbjerg’s strike and an own goal by Matt Targett in the 71st minute shortly after Ollie Watkins equalized secured the win that eases the scrutiny on Nuno Espirito Santo heading into the international break.

Tottenham had lost its last three league games by an aggregate score of 9-1.

Kane nearly broke his drought in spectacular style as he sent a quickly taken free-kick from near the halfway line towards goal, but scrambling goalkeeper Emi Martinez was able to get back and save it.

Spurs made their dominance count as they took the lead in the 27th.

Hojbjerg won the ball back high up the pitch and played in Son Heung-min. The South Korean returned the ball to the midfielder, who picked out the bottom corner from the edge of the area.

Villa were lucky to be still in the game and in the 67th minute drew level.

A slick move saw the ball played out to Targett on the left and his ball across the face of goal was tucked home by Watkins from close range.

Three minutes later Spurs were back in front.

Sergio Reguilon set Son free down the left and he squared the ball across goal that was turned into his own net by Targett under pressure from Lucas Moura.

Tottenham has 12 points from seven games, two more than Villa. 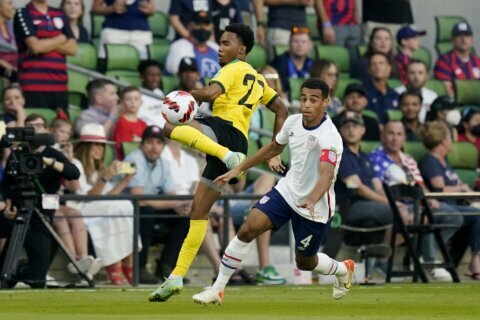 Rotation not just MLB: US uses 33 in 6 World Cup qualifiers 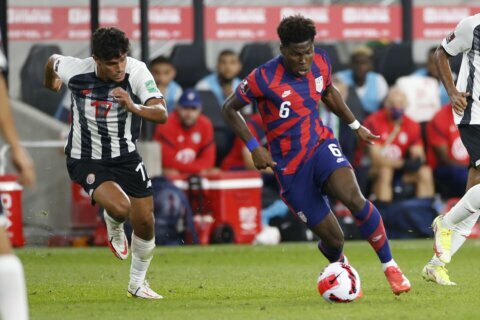