Gray, Lowe join Antonio on Jamaica roster in qualifier vs US

Forwards Andre Gray of Queens Park Rangers and Jamal Lowe of Bournemouth are on Jamaica’s roster announced Thursday for next week’s World Cup qualifier at the United States after settling with new clubs in England.

Gray, 30, was loaned on Aug. 31 from Watford and Lowe, 27, transferred the same day from Swansea. They did not play in the opening three qualifiers for the Reggae Boyz, a 2-1 defeat at Mexico, a 3-0 home loss to Panama, and a 1-1 draw at Costa Rica.

Jamaica’s roster is headed by West Ham striker Michail Antonio, the Premier League player of the month for August after scoring four goals with three assists. He is eligible for Jamaica through his parents and made his national team debut against Panama on Sept. 5.

Reading defender Liam Moore was included despite not playing since hurting an ankle against Petersborough on Sept. 14. Charleroi forward Shamar Nicholson is on the roster after sustaining a facial fracture against Club Brugge on Sept. 18.

Aston Villa winger Leon Bailey is not on the roster. Villans manager Dean Smith said Wednesday that Bailey has a muscle injury and will not dress for Sunday’s match at Tottenham. 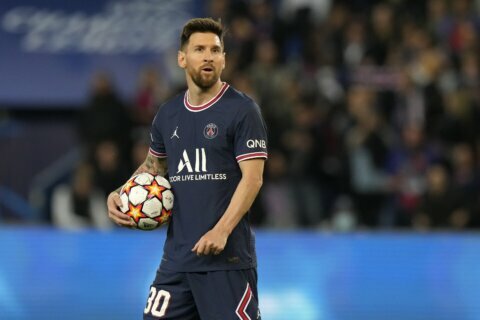