Liverpool attempted to address its injury crisis in central defense on Monday by signing an unheralded player from England’s second division and another from the worst defense in Germany’s Bundesliga on the final day of the January transfer window.

Ben Davies, a 25-year-old left-sided center half who plays for Preston in the second-tier Championship, and Ozan Kabak, a 20-year-old Turkey international at Schalke, were identified by the English champion as stop-gap measures for the second half of the season.

Liverpool manager Jurgen Klopp hadn’t felt the need to bring in reinforcements in the position after the loss of Virgil van Dijk in October and Joe Gomez in November to long-term knee injuries.

But Klopp changed his mind after his other senior center back — Joel Matip — was ruled out for the rest of Liverpool’s erratic title defense on Monday with an ankle ligament injury sustained in last week’s win at Tottenham.

“Obviously it came as a bit of a surprise when it first came but once you start to get your head around it, the opportunity that is in front of me is incredible,” Davies said. “I’d be silly to not make the most of it and learn off the players. I’ve never actually been to Anfield.”

Kabak joined on loan — reportedly for a fee of 1 million pounds ($1.4 million) — with an option to buy. He made his first-team debut for Galatasaray at 18, and has played all but one game for Schalke this season — he was suspended for that because he spat at Werder Bremen left back Ludwig Augustinsson. Last-placed Schalke has conceded 49 goals in the league – nine more than any other team.

Such has been the shortage of senior options available to Klopp that he has fielded central midfielders Fabinho and, more recently, Jordan Henderson at center back this season. Fabinho is currently out injured, too.

Henderson played alongside youngster Nathaniel Phillips on Sunday in the 3-1 win at West Ham, for the 12th different center-back partnership in 21 Premier League games this season.

In a turbulent title defence, Liverpool is third in the league, four points behind first-placed Manchester City, after playing one more game.

It was proving to be one of the quieter deadline days in the English top division, at the end of a month when clubs reined in their spending during the pandemic.

Arsenal cleared some of the wage bill by sending players out on loan on Monday, with midfielder Joe Willock joining Newcastle and the versatile Ainsley Maitland-Niles heading to West Bromwich Albion.

In a signing for the future, Brighton bought 19-year-old Ecuador midfielder Moises Caicedo from Ecuadorian side Independiente del Valle for 4.5 million pounds ($6.15 million).

“We’ll have to be patient with him,” Brighton manager Graham Potter said, “let him settle in and adapt to a new country and a new league.”

Much of the business on Monday involved teams trimming their squads and sending players on loan.

American arrivals to the Championship included Paul Arriola, a 25-year-old D.C. United winger was who loaned to Swansea for the remainder of the season. D.C. United said it has the right to recall Arriola before the primary MLS transfer window closes on May 4. Arriola has eight goals in 35 international matches, scoring in the Americans’ 7-0 friendly win over Trinidad and Tobago on Sunday.

Daryl Dike, a 20-year-old forward, was loaned to Barnsley from Orlando until the end of the season in May. The transfer is subject to international clearance, and there is an option to make the deal permanent. Dike made his U.S. national team debut Sunday. 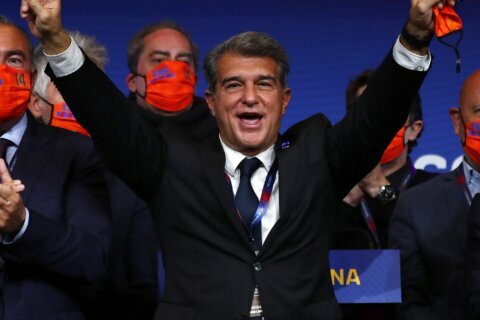 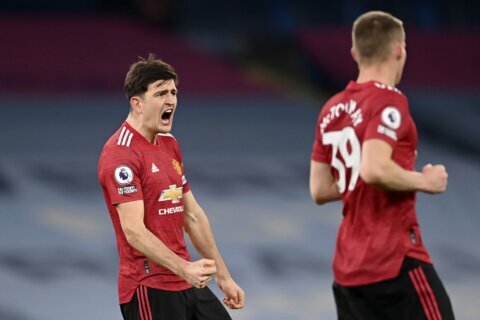 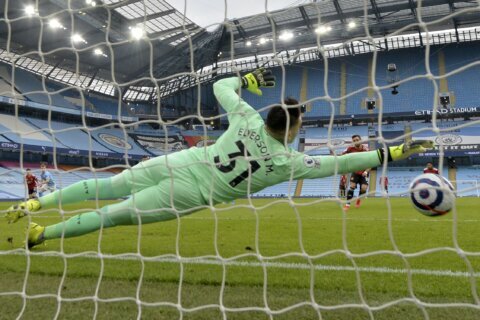