GELSENKIRCHEN, Germany (AP) — Schalke fired former United States international David Wagner as coach on Sunday after starting the Bundesliga season with two defeats and failing to stop a run of 18 games without a win.

“We had all hoped that we could improve on the pitch together with David Wagner. Unfortunately, we haven’t seen the right performances and results from the first two games of the season for this to happen,” Schalke sports director Jochen Schneider said.

Schalke’s league campaign started with an 8-0 rout at Bayern Munich followed by a 3-1 loss to fellow struggler Werder Bremen at home on Saturday.

“We have therefore decided to make a fresh start. Despite the disappointing results, this wasn’t an easy decision for us to make,” said Schneider, who said assistant coaches Christoph Bühler and Frank Fröhling are also leaving.

Schalke said it will announce a successor “in the coming days.”

The team has been struggling badly throughout 2020 since a 2-0 win over Borussia Mönchengladbach in January. It has since claimed six points from 18 games, conceding 49 goals and scoring eight.

Schalke was already struggling when Wagner, a former United States international, took over in July 2019. The side had just completed its worst season since it was relegated from the Bundesliga in 1982-83.

As a player, Wagner won the UEFA Cup with Schalke in 1997. He previously played for Mainz.

Wagner was appointed coach of English side Huddersfield Town in November 2015 and led the side to promotion in 2017. He upset the odds by keeping Huddersfield in the Premier League the following season, but departed by mutual consent in January 2019 with the team last and eight points from safety with 16 games remaining.

Wagner, who played as a forward, made eight appearances for the United States. 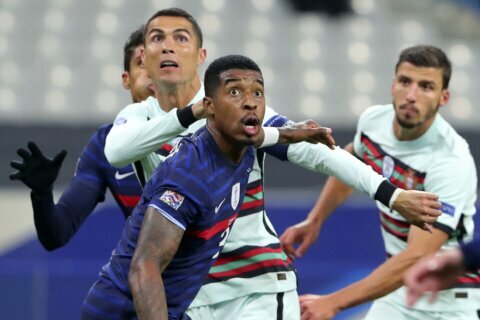