LONDON (AP) — The consortium which withdrew its bid to buy English club Newcastle declined an offer of independent arbitration into the long-running case after a request for additional information from the Premier League, according to the head of the competition.

Premier League chief executive Richard Masters commented publicly about the aborted takeover for the first time in a letter to a British lawmaker, a copy of which was published on Twitter on Friday.

The league spent four months considering whether to approve the 300 million pound ($392 million) takeover that would have seen Saudi Arabia’s sovereign wealth fund gain an 80% share of the northeast club. The process was stalled by concerns about piracy by the kingdom and human rights complaints.

In the letter to local lawmaker Chi Onwurah, Masters said that after an impasse was reached in the league’s owners’ and directors’ test, the consortium was asked for more details about which entity would have control of the club so an assessment could be made about any possible disqualifying criteria.

“The Premier League recognized this dispute, and offered the consortium the ability to have the matter determined by an independent arbitral tribunal if it wished to challenge the conclusion of the board,” Masters wrote.

“The consortium chose not to take up that offer, but nor did it procure the provision of the additional information. Later, it (or PIF specifically) voluntarily withdrew from the process,” Masters added, referring to the Saudis’ Public Investment Fund.

“The owners’ and directors’ test is delegated to and carried out entirely by the Premier League Board,” he said. “Other member clubs have no role whatsoever in the approval process.”

The British-based Reuben brothers and financier Amanda Staveley were also part of the PIF bid, planning to each buy the remaining 10% stakes to end the ownership of retail entrepreneur Mike Ashley.

The Premier League faced calls to block the takeover by Hatice Cengiz, the fiancee of murdered journalist and Saudi critic Jamal Khashoggi. The assassination and dismemberment of Khashoggi in the Saudi Consulate in Istanbul in late 2018 has been linked to Saudi Crown Prince Mohammed bin Salman, who oversees the fund, by Western intelligence services and U.S. lawmakers.

The takeover bid was also complicated by the World Trade Organization recently ruling that Saudi Arabia failed to stop a broadcasting operation pirating sports coverage — including of Premier League games — and blocked moves to shut it down in a proxy of the Gulf economic and diplomatic dispute with Qatar.

The Qatar-owned beIN Sports network, which is banned from operating in Saudi Arabia, holds the Middle East rights that are being pirated by beoutQ. 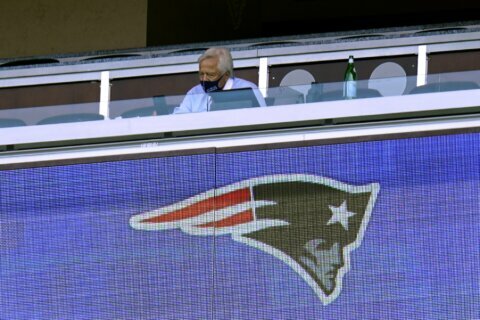