GENEVA (AP) — The president of the Paris Saint-Germain soccer club was indicted Thursday as part of a five-year bribery and corruption investigation linked to FIFA.

Al-Khelaifi was implicated for allowing Valcke to use a luxury villa on the Italian island of Sardinia rent free in 2014 and 2015. At the time, Valcke had some influence over FIFA broadcast deals, including an extension of BeIN’s Middle East rights for the 2026 and 2030 World Cups.

It is not clear if Al-Khelaifi will be arrested, or what kind of sentence or fine he could face.

As president of Qatari-owned PSG, Al-Khelaifi is among the most significant officials in modern soccer targeted in sprawling FIFA investigations by American and Swiss federal agencies. A close friend of the ruling Emir in Qatar, Al-Khelaifi has run French champion PSG for eight years while overseeing the purchase of star players Neymar and Kylian Mbappé. His influence in European soccer rose when he joined the UEFA executive committee last year.

Despite Thursday’s indictment, Al-Khelaifi no longer faces an accusation of bribery in a criminal proceeding opened three years ago. FIFA reached an “unspecified ‘amicable agreement’” with Al-Khelaifi last month, prosecutors said, to drop its criminal complaint relating to the 2026-2030 World Cup deal with BeIN.

“As I have said vehemently and repeatedly for three years, the charges have not — and have never had — any basis whatsoever, either in fact or law,” Al-Khelaifi said in a statement Thursday.

FIFA declined to comment on the specifics of the confidential deal with Al-Khelaifi.

Swiss prosecutors accused Al-Khelaifi of arranging for Valcke to use a villa for 18 months in upscale Porto Cervo without paying rent valued at up to 1.8 million euros ($1.94 million). Valcke was charged with accepting bribes, “several counts of aggravated criminal mismanagement … and falsification of documents.”

For the first time in their investigation, Swiss prosecutors also revealed they believe Valcke got kickbacks totaling 1.25 million euros ($1.35 million) to steer World Cup rights toward favored broadcasters in Italy and Greece.

The third person indicted, who has never been identified in the proceedings since 2017, was charged with bribery over those kickback payments. The person was also charged with inciting Valcke, FIFA’s top administrator from 2007-15, to commit aggravated criminal mismanagement.

It is unclear why the third accused person, described by prosecutors as “a businessman in the sports rights sector,” has not been identified.

Despite being implicated in the bribery case, Al-Khelaifi was appointed one year ago to the UEFA executive committee. He is also an influential board member of the European Club Association, which is seeking to drive reforms in the Champions League favored by elite teams such as PSG.

UEFA declined to comment Thursday about the possibility that Al-Khelaifi could be provisionally suspended before an executive committee meeting in Amsterdam on March 2.

Al-Khelaifi previously denied wrongdoing after being questioned by Swiss federal authorities in October 2017 and again last December in connection with the criminal proceedings. He has also been implicated in a separate corruption investigation by French prosecutors that is linked to Qatar seeking hosting rights for the track and field world championships. Doha hosted the 2019 edition.

In his statement Thursday, Al-Khelaifi said there was a “seemingly relentless agenda to smear my reputation in the media.”

“For that reason, I have requested the relevant Swiss authorities to open a criminal enquiry into the conduct of the investigation,” he said.

The investigation in Switzerland began in November 2014 when FIFA, under then-president Sepp Blatter, filed a criminal complaint about suspected money laundering linked to the 2018 and 2022 World Cup bidding contests, which were won by Russia and Qatar.

Swiss prosecutors then worked with United States federal investigators on connected but separate sweeping investigations. They were unsealed in May 2015 with early morning arrests of soccer officials at hotels in Zurich two days before Blatter was re-elected.

Within days, Blatter announced his plan to resign. Three months later, long-time right-hand man Valcke was suspended from duty for suspected financial wrongdoing and excessive use of private jets. The former TV presenter from France was later banned by FIFA from all soccer duty for 10 years.

Swiss prosecutors have pressed ahead with their case without input from the attorney general, Michael Lauber, who was recused from the case last year. Lauber came under pressure for having two meetings in 2016 with FIFA president Gianni Infantino about the case, before it emerged they had an undeclared third meeting in 2017.

On Thursday, Swiss prosecutors said the investigations “revealed that Valcke had received undue advantages from both co-accused” and did not report them to FIFA.

Valcke was refunded 500,000 euros ($540,000) from a third party for the down payment on the Italian villa. Prosecutors said “Al-Khelaifi had purchased the villa through a company instead of Valcke.”

In the wider Swiss investigation, German officials from the 2006 World Cup organizing committee have also been charged over irregular payments linked to FIFA. The four men, including Valcke’s predecessor as FIFA secretary general, Urs Linsi, have not been brought to trial.

German soccer great Franz Beckenbauer, who headed the 2006 World Cup organizing committee before joining the FIFA executive committee, faces a separate proceeding in that case because of his health issues. 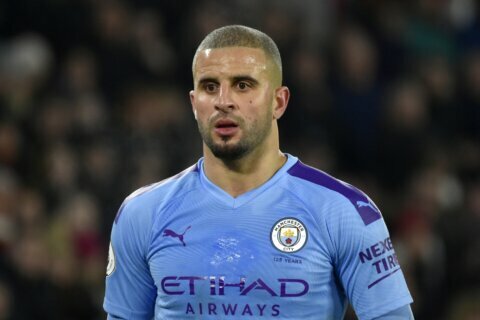 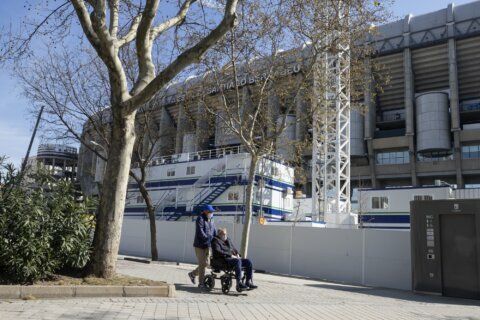 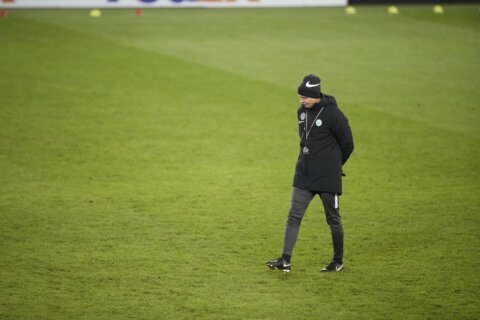