A 0-0 draw on Saturday against Northern Ireland had sealed the Netherlands’ qualification for its first major tournament since finishing third at the World Cup in Brazil in 2014. The Dutch finished second in Group C, behind Germany which thrashed Northern Ireland 6-1 Tuesday night.

Wijnaldum, wearing the captain’s arm band in the absence of Virgil van Dijk, opened the scoring with a sixth-minute header and calmly shot past Estonia goalkeeper Sergei Lepmets in the 66th and 79th minute.

Defender Nathan Ake grabbed the Netherlands’ second goal with a header in the 19th minute and Boadu drove the ball under Lepmets in the 87th.

Attacking midfielder Calvin Stengs started the match and provided two assists for Wijnaldum goals, while 18-year-old Boadu came on as a halftime substitute.

Wijnaldum celebrated his first goal by running to the touchline with fellow midfielder Frenkie de Jong and both players held their arms next to one another in what Wijnaldum, who is black, said was a statement against racism. De Jong is white.

The Liverpool midfielder spoke out forcefully against racism in a press conference Monday, a day after a second-division Dutch league match between FC Den Bosch and Excelsior Rotterdam was briefly halted because of racist chants directed at Excelsior midfielder Ahmad Mendes Moreira.

“It had to be said,” Wijnaldum told Dutch broadcaster NOS after Tuesday’s match. “I hope we’re going to do something about it now so this stops in football and in society.” 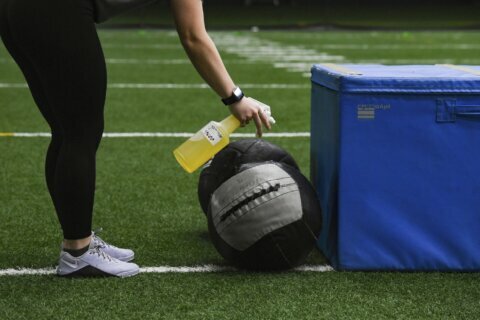 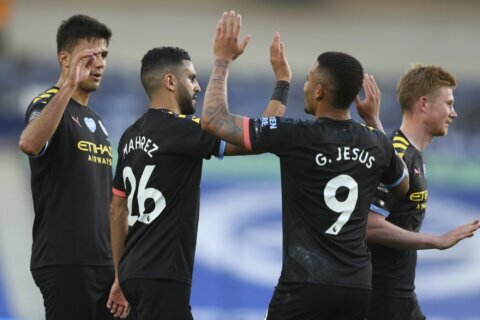 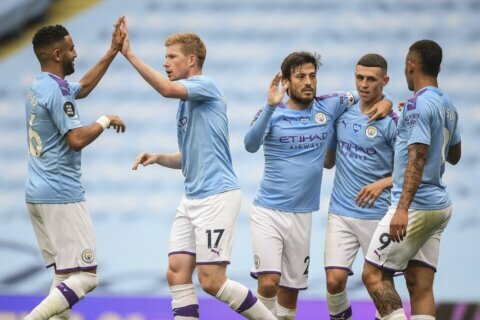