Ivory Coast threw away an early lead and lost 2-1 to Ethiopia on Tuesday to join a list of former champions struggling early in qualifying for the 2021 African Cup of Nations.

The two-time African champion took the lead in the fourth minute with a goal by captain Serge Aurier but conceded twice in 10 minutes in the first half in an early blow to its hopes of making the African Cup in Cameroon.

Goals by Ethiopia’s Surafel Dagnachew and Shimelis Bekele dropped Ivory Coast out of the qualifying places after two of six games in the final group stage.

Madagascar, which only made its Cup of Nations debut at this year’s tournament, leads Group K ahead of Ethiopia after a 6-2 win in Niger, its biggest victory in qualifying.

Zimbabwe won 2-1 in Zambia thanks to a brace by star midfielder Khama Billiat. Zambia, another former champion, has lost two out of two to sit bottom of Group H.

Ivory Coast is not the only big team struggling, with seven-time champion Egypt winless after two games and clearly missing the influence of injured forward Mohamed Salah. Salah sat out both of Egypt’s first two qualifying games, last Thursday and on Monday, with an ankle injury.

Egypt is the most successful team in African Cup history but began this campaign by drawing 1-1 at home to Kenya and then being held 0-0 away to Comoros, the Indian Ocean island which has never qualified for the continental championship.

Those were Egypt’s first two competitive games under new coach Hossam el-Badry, who attempted to reassure Egyptians by guaranteeing the team would get back on track when qualifying continues next August.

“Egypt will be among the teams to qualify for the 2021 Africa Cup of Nations in the end,” el-Badry said.

Egypt and el-Badry are under severe pressure at home. The team is still recovering from its failure at this year’s African Cup, which it hosted. Hopes were sky-high but Salah and Egypt went out in the round of 16, coach Javier Aguirre was fired and the entire Egyptian Football Association board resigned.

Comoros could become one of the stories of qualifying after winning in Togo and matching Egypt to sit top of Group G. The Comoros team is drawn from a nation of less than a million people. Cairo alone has more than 10 times as many people and is about three times the size of Comoros.

As is often the case in Africa, some of the leading teams are finding life difficult as they are tested in less celebrated venues in remote corners of the continent. In some cases, off the continent.

Egypt played at the 10,000-seat Stade Omnisports de Malouzini in Comoros, an island off Africa’s east coast. Ghana, a four-time African Cup champion, scraped a 1-0 win on a rugged field in Sao Tome and Principe, an island nation off the west coast.

The Ghanaians complained about the poor state of the field but held their nerve and have picked up two wins from two to lead their group, as has current African champion Algeria, top-ranked African team Senegal and Nigeria.

Some of the other early group leaders are surprising: Gambia, Mozambique, Comoros and Madagascar. Gambia and Comoros have never qualified for the African Cup, Madagascar made its debut at this year’s tournament, and Mozambique last qualified a decade ago.

Morocco overcame its own shaky start to qualifying — a 0-0 home draw with Mauritania last week — to beat Burundi 3-0 away on Tuesday. Noussair Mazraoui and Youssef En Nesyri scored in the first half and Achraf Hakimi sealed victory seven minutes from time. Morocco leads Group E.

Tunisia beat Equatorial Guinea 1-0 with Wahbi Khazri’s third goal in two games. Libya is second behind Tunisia in Group J after coming from behind to beat Tanzania 2-1. Libya ‘hosted’ Tanzania in Monastir, Tunisia, and hasn’t played a game at home for six years because of the civil war.

These qualifiers will decide the 23 teams to join host Cameroon at the African Cup. Cameroon, the 2017 winner, is playing in the qualifiers for match practice despite already having a place in the final tournament as host. The top two in each group qualify except in Cameroon’s group, where there’s just one place up for grabs.

Cameroon was meant to host this year’s African Cup but was stripped of the rights for being way behind with its preparations. 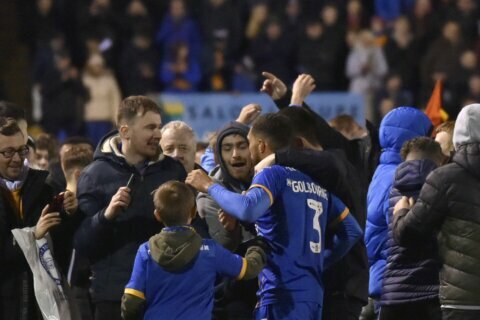 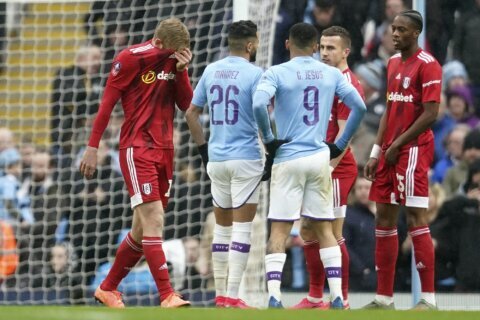