MADRID (AP) — The Spanish soccer federation says the Spanish league’s attempt to play a regular-season game in the United States breaches FIFA regulations and could hurt Spain’s chances of hosting the 2030 World Cup.

Federation lawyers also said in a court hearing on Thursday the game on neutral ground would hurt the integrity of the Spanish league, and clubs including Real Madrid and Barcelona have opposed the match.

The league defended its initiative by noting the federation itself is organizing matches outside of Spain, and accused the entity of systematically trying to hinder the league’s attempt to expand internationally.

A judge who heard the cases in a commercial court in Madrid will decide whether the league will be allowed to play the Villarreal-Atlético Madrid game in Miami on Dec. 6.

The league has called for an injunction to force the federation to give its approval, accusing it of unfair competition. It needs a ruling as soon as possible to be able to organize the match.

The league will also eventually need the approval of UEFA and American soccer bodies. FIFA does not have to approve it, but the federation said the world body was against playing league matches abroad.

“La Liga is trying to do something that is against FIFA’s regulations,” federation lawyer Tomás González Cueto said. “The consequences could be devastating for a country that wants to host the 2030 World Cup. We could be talking about 50 million euros ($55 million).”

Spain is considering bidding for the 2030 World Cup with Portugal.

Although FIFA’s permission for the game in Miami is not mandatory, president Gianni Infantino last season expressed his concerns when the league tried to play a game between Girona and Barcelona in the United States.

The league contends the federation opposes the game but at the same time is organizing a four-team Spanish Super Cup in Saudi Arabia in January. The federation says the Super Cup is different from the league.

Real Madrid and Barcelona have reportedly expressed their opposition to the game in the U.S. because it would be played in a neutral venue, thus favoring Atlético, the away team.

“If we were to be so strict about the integrity of the competition, we would have to play every match at the same time and under the same weather,” league president Javier Tebas said on Wednesday. “It’s impossible to do that.”

Neither Tebas nor federation president Luis Rubiales — who have been constantly at odds — were at Thursday’s hearing in Madrid.

The league has a 15-year partnership with the group Relevent to promote the league and take games to the United States. The group operates the International Champions Cup, a tournament played around the globe during the European offseason in July and August.

Villarreal season ticket-holders would be compensated for losing out on a home game. They could receive a 40% discount on their next season ticket purchase, free entry, and travel for up to 3,000 fans to the away game at Atlético’s Wanda Metropolitano Stadium or a paid-for trip to Miami for up to 600 people. 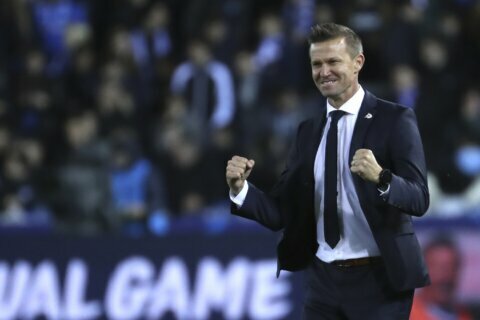 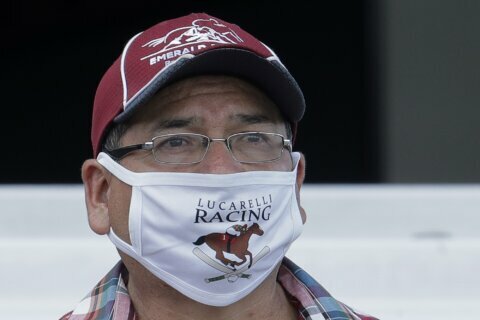 The Latest: Pacers’ Oladipo to sit out restart of season

Morata double leads Atlético to 3-0 over Mallorca in Liga