ORLANDO, Fla. (AP) — Sergiño Dest needed just a couple minutes to his show why his talent was coveted on both sides of the Atlantic.

Dest set up a goal in the second minute of his American competitive debut, Gyasi Zardes scored twice and the United States overwhelmed Canada in the first half of a 4-1 CONCACAF Nations League match on Friday night.

“That’s always a great feeling if you score an early goal,” Dest said. “It gives you a boost and you want score more.”

A month after Canada embarrassed the U.S. with a 2-0 victory at Toronto for its first win over the Americans since 1985, Jordan Morris, Zardes and Aaron Long scored as the U.S. built a 3-0 halftime lead.

Steven Vitória cut Canada’s deficit in the 72nd minute and Zardes got his 12th international goal in the 89th, capping a victory that may lessen some of the sniping at U.S. coach Gregg Berhalter and his play-from-the-back system. Berhalter got his 10th win in his 17th match, the second-fastest for a U.S. coach behind Bob Bradley’s 11.

The U.S. (2-1) would finish ahead of Canada (3-1) to win the group and advance to the semifinals of the first CONCACAF Nations League if it beats Cuba (0-3) on Tuesday in a match moved to George Town, Cayman Islands, because of issues with the stadium lights in Havana. The Americans overtook the Canadians in goal difference, plus-eight to plus-six, and Canada has completed group play.

Dest started at right back, an appearance that tied him to the American program. The defender, who turned 19 on Nov 3, has become a regular for Ajax this season and played in a pair of exhibitions for the U.S. in September. The son of a Surinamese-American father and Dutch mother, he played for the U.S. at the Under-17 and Under-20 World Cups but was recruited this fall by the Netherlands national team and skipped last month’s Nations League games while deliberating over his decision.

Because Nations League games are competitive matches, Dest now is unable to switch affiliation to the Dutch.

“It’s just a great feeling to play your first official game for your country,” Dest said. “I’m glad that I made this choice. I’m proud. It’s a honor to play for the national team.”

Dest made a long solo run on a 37th-minute counter but sent a shot wide.

“It’s just too bad that I missed that one,” Dest said with smile. “Next time I will score.”

“He’s the type of kid that shows up for the game where the bright lights are on, he has no problem performing,” Berhalter said.

Before a sparse crowd of 13,103 at the 25,500-seat home of the MLS’ Orlando City, Morris put the U.S. ahead with his eighth international goal, a 6-yard right-footed volley after Dest chipped on Sebastien Llleget’s corner kick. Canada had not allowed a goal in its previous 284 minutes, a defense that helped boost it to sixth among CONCACAF teams in the FIFA rankings and on track for a berth in the hexagonal that will determine three direct World Cup berths from the North and Central American and Caribbean region.

Paul Arriola set up the second goal in the 23rd minute with a cross-field pass to Morris on a counterattack, and Morris’ left-footed cross was headed by a leaping Zardes past goalkeeper Milan Borjan from 3 yards.

Long scored in the 34th with a 9-yard header from Tim Ream’s free kick after a foul by 19-year-old Alphonso Davies.

Vitória got Canada’s goal in the 72nd minute after Jonathan Osorio flicked on Davies’ corner kick, and Zardes scored his second from 12 yards after Canada’s Samuel Piette cleared DeAndre Yedlin’s cross for Weston McKennie to the forward’s feet.

The U.S., which has not lost a home game to Canada since 1957, was missing several injured regulars, including midfielder Christian Pulisic, goalkeeper Zack Steffen and midfielders Michael Bradley and Tyler Adams. Just four of the starters were on the field for the opening whistle of last month’s loss: Long and defender Tim Ream, McKennie and Morris.

Long was paired with John Brooks in central defense for the first time, and Ream moved to left back. Brad Guzan was in goal and Jackson Yueill in defensive midfield. Yedlin entered as an 86th-minute sub.

NOTES: Retiring American MF DaMarcus Beasley, who played at four World Cups, was honored in a pregame ceremony. He said he is “really, really intrigued” about a front office-type position and has spoken with several organizations. … MF Stephen Eustáquio entered in the 62nd minute in his Canada debut. 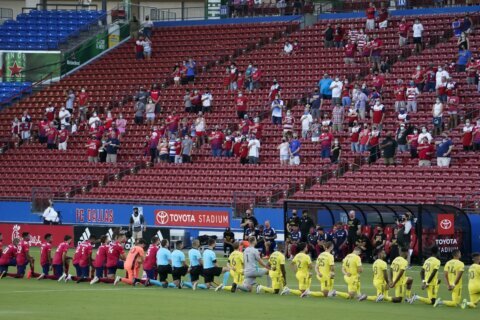 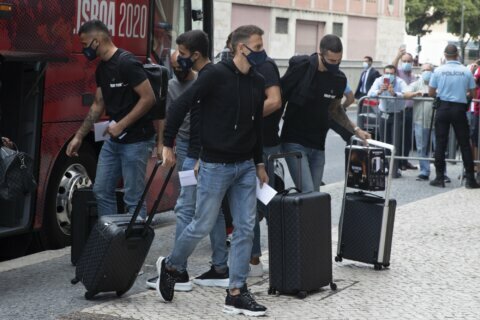 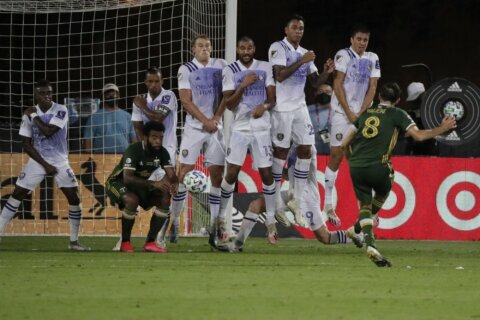