BERLIN (AP) — Schalke’s recovery under new coach David Wagner continued Sunday as the team fought back to rout promoted Paderborn 5-1 in the Bundesliga.

Paderborn, back in Germany’s top flight after a rollercoaster ride through divisions two and three following its relegation in 2015, is still waiting for its first win since earning promotion as second-division runner-up. Steffen Baumgart’s side has only one point from its opening four games.

Schalke, on the other hand, is showing signs of life under former United States international Wagner, who was appointed in the offseason to revitalize a demoralized team that flirted with relegation last season.

Paderborn got off to a good start as Oliveira Souza celebrated his 24th birthday with the opening goal in the eighth minute, but it was as good as it got for the home side.

Guido Burgstaller should have equalized before Salif Sané pulled one back in the 33rd. The visitors did not look back after Suat Serdar scored early in the second half, with Harit grabbing two goals either side of Ahmed Kutucu claiming his first of the season.

Unbeaten Leipzig still leads after a 1-1 draw with Bayern Munich on Saturday, while Borussia Dortmund is second after a 4-0 win over Bayer Leverkusen. 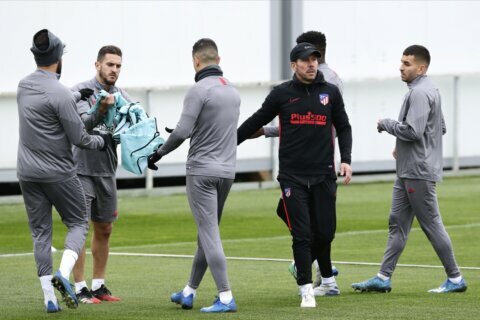 Atlético Madrid’s season on the line against Liverpool 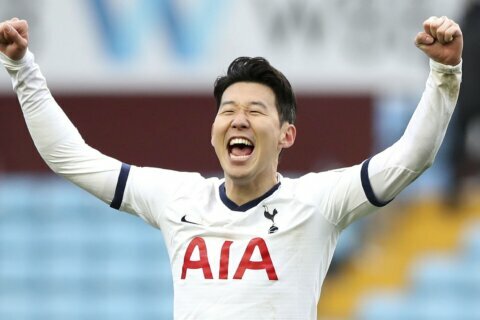 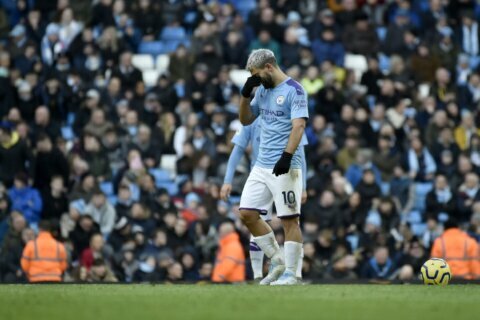