Philadelphia tops Atlanta, moves into 1st place in the East

CHESTER, Pa. (AP) — Kacper Przybylko and Sergio Santos assisted each other on late goals as the Philadelphia Union beat…

CHESTER, Pa. (AP) — Kacper Przybylko and Sergio Santos assisted each other on late goals as the Philadelphia Union beat Atlanta United 3-1 Saturday night to move into first place in the Eastern Conference.

The Union (15-8-6) and Atlanta United (15-10-3) entered the game tied in points atop the conference standings. Atlanta had its four game winning streak snapped.

Przybylko gave Philadelphia a 2-1 lead in the 86th minute, finishing a cross from Santos with a hard shot that beat goalkeeper Brad Guzan inside the near post.

Santos punched home a cross by Przybylko in the 88th minute, capping the scoring.

Josef Martínez gave Atlanta the lead in the second minute of first half stoppage time. Brenden Aaronson tied it for the Union in the 61st minute.

Nikolic Nemanja redirected a low cross by Aleksandar Katai and Frankowski side-netted a first-timer to tie it in the fourth minute of injury time.

Lewis opened the scoring for the Rapids (8-14-6) in the 14th minute. Lewis ALSO buried a right-footed blast from the top of the penalty area in the 87th minute.

Colorado goalkeeper Tim Howard started his MLS career for the then-MetroStars in 1998 and Saturday night was his final visit to his former club. He made three saves to record the 211th shutout of his 21-year professional career.

MONTREAL (AP) — Ola Kamara scored twice in the first half and D.C. United blanked Montreal, dealing a blow to the Impact’s playoff chances.

Paul Arriola also scored for D.C. United (11-10-9). The victory ended a three-game losing skid for United, who was without suspended captain and leading scorer Wayne Rooney. Goalkeeper Bill Hamid made four saves for his 10th shutout of the season.

Evan Bush conceded three goals on four shots for the slumping Impact (11-15-4), who have lost eight of their last 11 MLS matches.

Bou fired a rolling right-footer into the net to make it 1-1 in the 86th minute.

Nicolas Benezet scored from point-blank range to give Toronto (10-10-8) a lead in the 74th minute.

Dallas (12-10-7) raced out to a three-goal lead against expansion Cincinnati.

Emmanuel Ledesma scored a penalty kick for FC Cincinnati (5-20-3) in the 64th minute.

KANSAS CITY, Kan. (AP) — Johnny Russell scored on a header in the 12th minute and Kansas City held on for its third win a row.

Tim Melia made five saves for his second shutout in a row and sixth of the season for Sporting KC (10-11-7).

Houston (9-15-4) extended its winless streak to seven games with six losses over that stretch.

Eriksson scored in the third minute. Wondolowski made it 2-0 in the 20th minute, and added another score in the 33rd minute.

The Earthquakes (13-10-5) have won two in a row after losing three straight.

PORTLAND, Ore. (AP) — Diego Valeri scored in the 16th minute and Portland held on to snap a two-game losing streak.

The Timbers improved to 12-11-4 as they continue to jockey for a spot in the postseason. They are in the midst of a 10-game homestand at Providence Park, a result of a 12-game road trip to start the season while the stadium was renovated. 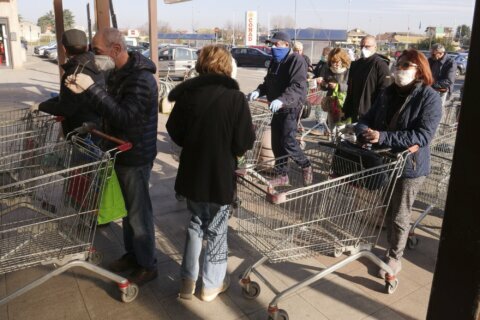 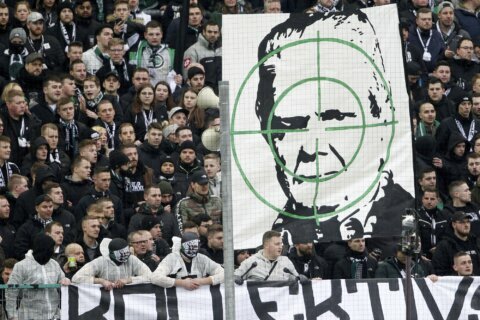