Conte quickly making his mark at Inter with perfect start

ROME (AP) — Three rounds into Serie A, Inter Milan is already displaying the same grit, energy and determination that have been the hallmark of Antonio Conte’s teams.

The Nerazzurri overcame a strong performance by 10-man Udinese for a 1-0 win on Saturday to extend their perfect start and establish a two-point lead over eight-time defending champion Juventus atop the standings.

“We’re taking our own path,” Conte said. “We’re not following anyone.”

Conte spent last season idle after winning multiple trophies at Juventus and Chelsea — plus a spell as the coach of Italy — and he’s picking up right where he left off.

For the full 90 minutes, Conte ran up and down the sideline, gesticulating and urging his team on from the coach’s box.

“We need to fight for every match,” Conte said. “Today was a very, very difficult match. Udinese stayed in it until the end. We could have been a bit more decisive.”

Earlier, Maurizio Sarri had a disappointing touchline debut with Juventus in a 0-0 draw at Fiorentina as the Bianconeri dropped their first points.

Also, Napoli warmed up for its Champions League opener against titleholder Liverpool with a 2-0 victory over Sampdoria.

At the San Siro, the referee needed help from the VAR to determine De Paul’s red card, although it should be noted that Candreva appeared to initiate the argument by waving his finger in De Paul’s face.

Ten minutes after De Paul was sent off, Sensi crouched down to redirect a cross from Diego Godin with a defender draped all over him.

After the break, Inter goalkeeper Samir Handanovic produced a reflex save on a dangerous effort from Kevin Lasagna.

Inter threatened for a second goal when newly signed Alexis Sanchez came on at the end against one of his former clubs.

Franck Ribéry, Federico Chiesa, and unheralded Gaetano Castrovilli created numerous chances for Fiorentina but the Tuscan squad couldn’t quite finish them off.

Sarri watched Juventus’ opening two matches from home with pneumonia, and the coach will surely not have liked what he saw up close.

The Bianconeri seemed to struggle fitness-wise after the international break.

Juventus stalwarts Douglas Costa and Miralem Pjanic each limped off with apparent hamstring injuries in the first half and newly signed right back Danilo exited with cramps midway through the second. Cristiano Ronaldo didn’t look close to scoring.

Heat was a factor with the temperature inside Artemio Franchi Stadium reaching 32 degrees (90 F), prompting cooling breaks midway through each half.

“It was a very complicated situation,” Sarri said. “Fiorentina played well and we used up all our substitutions with injuries and had no more fresh legs to bring on.

“We did well in terms of character to get a point out of it. We lost possession too many times, which may also be a consequence of physical issues. Playing mid-afternoon in Florence when it’s realistically still summer is tough for everyone.”

Dries Mertens scored both for Napoli and also hit the underside of the crossbar but somehow the ball didn’t go in.

It was Sampdoria’s third straight loss.

While coach Carlo Ancelotti expressed concern over construction delays for Napoli’s dressing room following a renovation to the San Paolo stadium, it was ready for the match. 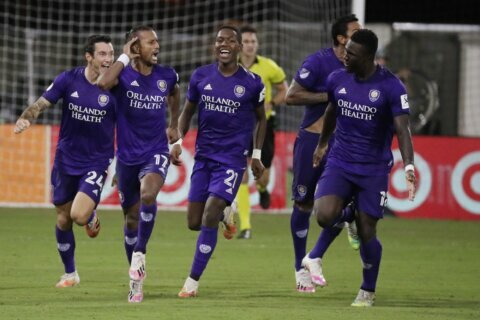 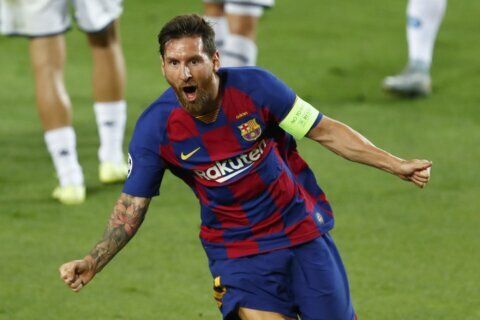 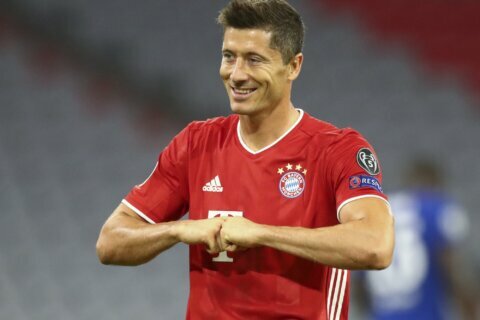