Kosovare Asllani set Sweden on its way to a 2-1 victory over England for third place in the Women's World Cup on Saturday night but the midfielder almost didn't play in the bronze medal match.
Listen now to WTOP News WTOP.com | Alexa | Google Home | WTOP App | 103.5 FM
(1/12) 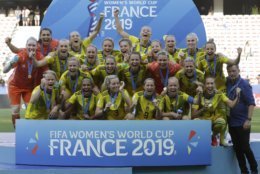 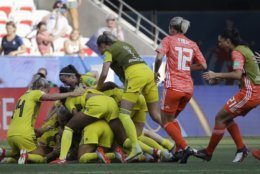 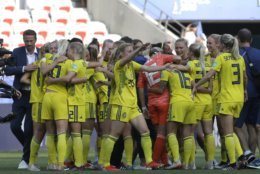 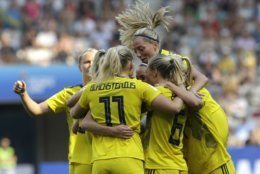 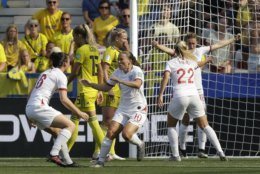 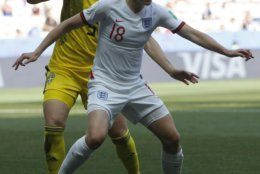 NICE, France (AP) — Kosovare Asllani set Sweden on its way to a 2-1 victory over England for third place in the Women’s World Cup on Saturday night but the midfielder almost didn’t play in the bronze medal match.

Asllani was taken off the field on a stretcher during Wednesday’s semifinal loss to the Netherlands following a head injury and was taken to hospital. And the 29-year-old revealed that as late as Friday she was told that she wouldn’t be able to play in the match in Nice.

“Yesterday, I got a ‘no’ about playing from our medical staff. But we did the test again today and it was positive,” an emotional Asllani said. “I felt it was going to take a lot for me to miss this game but I really gave it my all and I feel in every percent of my body that I’ve given it all.”

It was a third bronze medal for Sweden, which also finished as the runner-up in 2003.

Asllani gave the Swedes the lead in the 11th minute as they took advantage of early struggles by England.

Alex Greenwood had plenty of time to clear Fridolina Rolfo’s cross but sent it straight into the path of Asllani, who drilled it into the bottom right corner. England goalkeeper Carly Telford got a hand on it but couldn’t keep it out of the net.

Sweden was up 2-1 when Asllani was substituted out at halftime.

Sofia Jakobsson had doubled Sweden’s lead before England got into the game with Fran Kirby halving the deficit in the 31st minute when she cut in from the right, beat her defender and curled in off the base of the left post.

Ellen White thought she had tied the score two minutes later but her goal was ruled out after the video review determined there had been a handball. The forward had also had what would have been an equalizing goal ruled out in the semifinal loss to the United States.

“I haven’t really seen it back. I’ve got contact but she shoved me, I don’t know what I’m supposed to do,” White said. “I didn’t feel like it touched my arm really. I’ve done everything to try and score the goal.

The referee “didn’t really explain it to me either, which I was frustrated with, but she’s there to make the decision and the decision was that it was handball so I’ve got to take it on the chin. I’m disappointed with a few decisions that has happened but that’s VAR and that’s football so you just got to get on with it,” White said.

Had the goal stood, White would have moved to the top of the goal standings in the race for the Golden Boot before Sunday’s final between the United States and the Netherlands.

White has scored six goals, the same as Alex Morgan — who has her beaten on assists — and one more than Megan Rapinoe.

All but one of Morgan’s goals came in a 13-0 victory over Thailand.

“You still got to score goals whoever you come across,” White said. “She (Morgan) scored five goals against Thailand and some of them goals were absolute screamers to be honest. Congratulations to either Rapinoe or Morgan, whoever gets the Golden Boot, but very happy to have scored six goals this tournament and to have contributed to my team.” 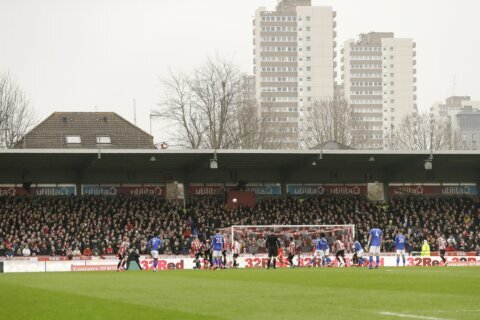 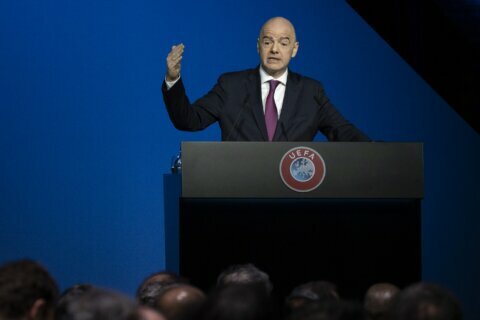 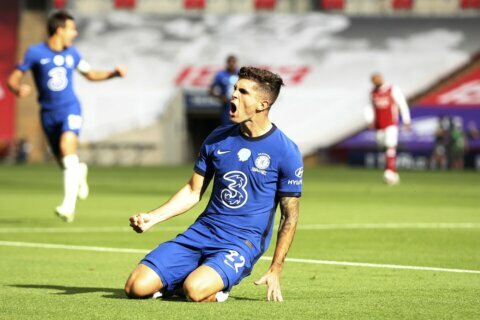