US wants win vs Swedes, even if it would mean tougher path

"I think it's in our team's DNA to want to win and do really well," defender Abby Dahlkemper said Tuesday, two days ahead of the Group F finale.
Listen now to WTOP News WTOP.com | Alexa | Google Home | WTOP App | 103.5 FM

LE HAVRE, France (AP) — Victory is the goal for the United States in its group stage finale against Sweden, even though a loss might give the Americans an easier path through the knockout rounds of the Women’s World Cup.

“I think it’s in our team’s DNA to want to win and do really well,” defender Abby Dahlkemper said Tuesday, two days ahead of the Group F finale.

The defending champion U.S. and Sweden both enter with two wins and have clinched berths in the round of 16. The top-ranked Americans have the better goal difference and with a win or draw would play Spain in the round of 16 and could face No. 4 France in a quarterfinal at Paris’ Parc des Princes and No. 3 England in the semifinals.

The team that finishes second in the group meets the Netherlands or Canada in the round of 16, then could have a quarterfinal against No. 2 Germany, which would not have the backing of a large home crowd the way host nation France does every match.

U.S. coach Jill Ellis says she can’t convince her players not to tackle in practice, so asking them to hold back against Sweden is a losing cause. Ellis thinks it is dangerous to try to tailor results based on possible matchups.

“We want to win every game, so I think that’s where we’re at and that’s what we want to do,” Ellis said. “I think if you get too much into manipulating or planning or overthinking something, I just don’t think that that’s a good message.”

The United States has played Sweden six times in the group stage at the World Cup, including a 0-0 draw four years ago in Canada.

They met again in the quarterfinals at the 2016 Olympics, where the Swedes — led by former U.S. coach Pia Sundhage — bunkered in on defense and advanced on penalty kicks after a 1-1 draw. It was the earliest exit for the Americans at an Olympics. U.S. goalkeeper Hope Solo infamously called the Swedes “cowards.”

After the U.S. opened with a record-setting 13-0 rout of Thailand, Ellis changed seven starters in a 3-0 win over Chile.

“If you want to go far in the tournament, you’ve got to have (fresh) legs,” Ellis said, explaining her rotation.

No. 9 Sweden started with a 2-0 victory over Chile and followed with a 5-1 win over Thailand.

“It’s going to be a completely different match, and it will be very important for us, naturally,” Sweden coach Peter Gerhardsson said. “When you go into the second round we’ll have more matches against teams like the U.S. rather than matches against the one with Chile. But we have to win the matches to get through it, it’s all about how games develop and how players perform but it will be a different match and we will approach it differently tactically.”

No. 13 Spain made its World Cup debut four years ago and was eliminated in the group stage.

“They’re both talented,” La Rioja defender Celia Jiménez said. “I think any team that qualifies for the World Cup, it’s because they’re good enough. The U.S. has a really powerful team, they play a direct game, they like to be dangerous, but at the same time I think Sweden is as well a really good team. They also tend to play direct, so they kind of are similar teams.” 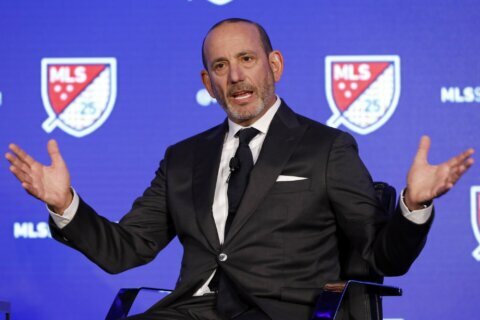 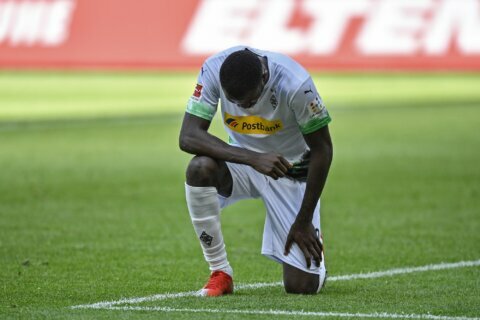