Home » Soccer News » US and Thailand are…

The U.S. national team doesn't play until late Tuesday night against Thailand in the last group-stage opener for the field playing in France, so the American have been relegated to spectators during the opening days.
(1/5) 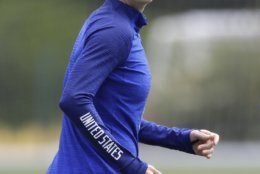 REIMS, France (AP) — The Women’s World Cup is well underway but the United States, the defending champions, are on hold.

The U.S. national team doesn’t play until late Tuesday night against Thailand in the last group-stage opener for the field playing in France, so the American have been relegated to spectators during the opening days.

“It’s fun for us to watch the games, feel that excitement, feel that energy, and at the same time stay one step away from it, and stay really centered and focused with what we’re doing,” said forward Christen Press.

The Americans are certainly focused.

The team spent 10 days ensconced at Tottenham’s training facility in North London before arriving in Reims, a city some 90 miles northeast of Paris that is the first World Cup stop for the United States.

Press called Tottenham an oasis that allowed the team to get grounded before the monthlong tournament across France in pursuit of soccer’s biggest prize.

“You wait years to get here, and that’s a journey, and then you get here and it’s a whole other journey,” she said.

The Americans watched from Reims as hosts France trounced South Korea 4-0 in Paris before a sellout crowd to open the tournament on Friday night.

Lindsey Horan, who is making her first World Cup appearance for the national team, played professionally in France for Paris Saint-Germain after skipping college to turn professional. She now plays for the National Women’s Soccer League’s Portland Thorns.

“The amount of fans that they had and the amount of people watching around the world was just amazing for France, and for women’s soccer in general,” she said about the gala opener at PSG’s stadium, Parc des Princes. “I think that’s something we all should really be proud of.”

The U.S. women have won the World Cup three times, including in 2015 when they defeated Japan 5-2 in Canada. They also memorably claimed the trophy 20 years ago on home soil, downing China on penalties after a scoreless draw at the Rose Bowl.

The team is focused on winning again in France even while at home they are looking for a different victory. Known for championing women’s rights and equality, the players collectively filed a lawsuit alleging discrimination by the U.S. Soccer Federation and are seeking pay equitable with that of the men’s national team.

Megan Rapinoe says the team is “hands off” when it comes to the lawsuit for the duration of the World Cup.

Following Tuesday’s game against Thailand, the United States will head to Paris for a Sunday match against Chile, which is making its first World Cup appearance. The Americans will face nemesis Sweden in the final game of the group stage in Rennes.

It is the sixth time that the United States has landed in the same World Cup group with Sweden. The Americans were eliminated from the Olympics in Brazil by the Swedes in the quarterfinals. Afterward, U.S. goalkeeper Hope Solo called them “cowards” for bunkering on defense, and she was dismissed from the team soon thereafter.

Because of the late start in France, there’s the potential that the United States may play the most compact schedule of the field if they go far into the knockout round, which seems likely.

Coach Jill Ellis said she felt the team has been in a good training rhythm and the schedule complements that. Plus, the World Cup always presents different challenges for different teams, like all the flights to traverse Canada in 2015.

“I think our travel in the group stage is very manageable, it’s good,” she said. “Listen, it’s about having these players healthy, and in a good mindset. I think that’s critical. It’s not getting caught up in who has how many days of rest, to be honest with you, because it is what it is.” 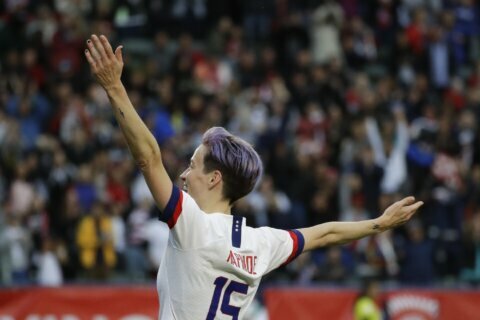 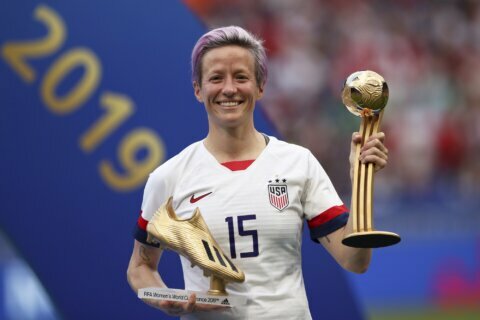