This article is sponsored by Shoun Bach By Daniel B. Schy In the summer before my third year of law…
Listen now to WTOP News WTOP.com | Alexa | Google Home | WTOP App | 103.5 FM

This article is sponsored by Shoun Bach

By Daniel B. Schy

In the summer before my third year of law school, I passed a PetSmart adoption event while heading to another store.  At the time, I wasn’t looking to adopt a dog, but one pooch with a white patch on his chest caught my eye.  Knowing a mark when they saw one, a volunteer quickly approached and asked, “Do you want to hold one?”  Ten minutes later, I was filling out the application to adopt him.

Now twelve years and thousands of treats later, that white patch on his chest has been joined by hairs graying from old age, and the little mutt is now a 65-pound Labrador mix with one wonky ear and the firm belief that he is my equal.   He is, simply, a companion.

Of course, I’m not alone: the American Veterinary Medical Association estimates that Americans own approximately 70 million dogs and 75 million cats.  According to a study conducted by the AVMA, more than 60% of dog owners see their dogs as members of the family, which is why it surprises many that – in divorce cases at least – they’re seen only as property.[1]

But as any dog owner will tell you, they’re different.  We take them on our vacations, let them cuddle in our beds, and spend thousands of dollars on medical treatment for this “property.” And, in some ways, the law sees them differently, too.  Virginia law defines our pets as “companion animals,” requires a higher standard of care for these animals, and criminalizes both the failure to meet this standard of care[2] and acts of cruelty[3] toward them.  There is some acknowledgement, then, that our pets can’t be treated the same as other property.  You can hit your television, break it, and throw it in the garbage; you cannot do the same with your dog.  For purposes of equitable distribution, however, Virginia makes no distinction between your dog and your television.

So how does the Court decide who gets the pet?

While we might all understand the impulse to ask the Court to evaluate who would provide the pet a better home or to ask the Court to fashion joint custody or visitation schedule[4], the Court lacks the authority to do so.   Instead, as with other property, the Court uses the factors found in § 20-107.3 of the Code of Virginia to make its determination.  Among these, the Court is most likely to consider the following factors:

The contributions, monetary and nonmonetary, of each party in the acquisition and care and maintenance of such marital property of the parties

In some circumstances, which party acquired the pet can be quite clear, but this may not be the case for pets we might consider the ‘family pet.’  One party may have been solely responsible for picking out and purchasing/adopting the pet.  The Court may also consider which party was more responsible for taking the pet to the vet, getting the pet groomed, or exercising the pet.  In some ways, this is the closest the Court may come to any analysis that takes into consideration what’s best for the pet.

The ages and physical and mental condition of the parties

This may not always be a consideration, but one party may have a condition that makes it more difficult for him/her to care for the pet.  It could be a physical disability that makes taking the pet on a walk difficult, or it could be as simple as one party having a dander allergy.  Alternatively, one party may be dependent in some way upon the pet, like a therapy dog.

The circumstances and factors which contributed to the dissolution of the marriage, specifically including any ground for divorce under the provisions of subdivision A (1), (3) or (6) of § 20-91 or § 20-95

While reliance on fault-grounds in distributing property occurs less frequently these days, the Court can consider them.

How and when specific items of such marital property were acquired

While a gift between parties will be considered a marital asset, the Court could consider whether one party purchased the pet as a gift for the other spouse.

Maintain Records.  When you purchase or adopt a pet, you should receive documentation related to it.  Make sure to keep this documentation, whether it’s the American Kennel Club registration you get when you buy from a breeder or the contract you sign with the shelter or rescue agency.  These may help you prove ownership prior to marriage, or which party acquired the pet during the marriage.

Reach an Agreement.  While the Court may lack the authority to order visitation or joint custody of a pet, nothing precludes the parties involved from doing so.  Remember: the Court only gets involved if the parties can’t decide between themselves what to do with their property, so you can craft an arrangement that suits you.  This option will save thousands of dollars and hours of contention.

If you’re concerned about what might happen to your pet as you go through a divorce, give ShounBach a call today at (703) 222-3333.

[1] § 3.2-6585 states, in pertinent part, that “all dogs and cats shall be deemed personal property.”  But developments in other states – like a recent ruling from the Oregon Supreme Court – suggest we may eventually move to a deeper understanding.

[4] Many courts in the Commonwealth are already overwhelmed with custody and divorce cases; adding another component – where the Court determines the best interest of the pet – is probably impractical at this time. 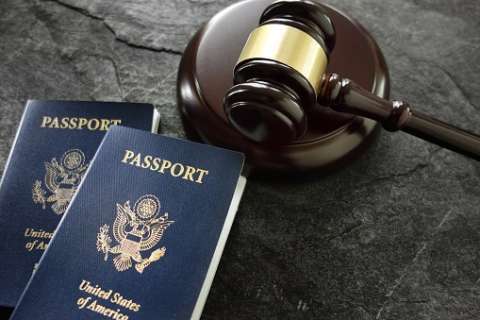 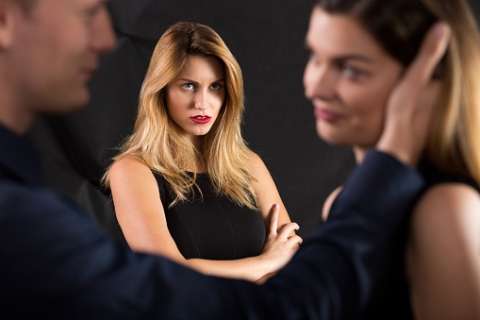 Is cheating on your spouse a crime? 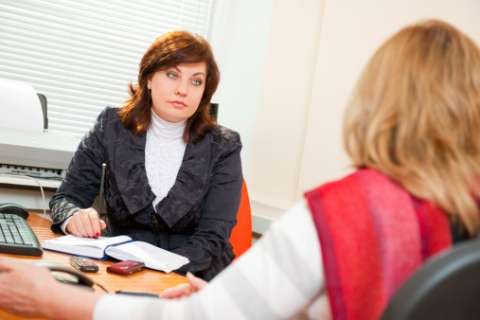 Tips for your initial consult with an attorney