Four space station astronauts strapped into their SpaceX Crew Dragon capsule, undocked and took it for a brief spin around the front of the International Space Station Monday, re-docking at a different port to clear the way for arrival of a replacement crew later this month.

The move kicks off a record month for the space station program with two launches and two landings by four U.S. and Russian spacecraft, ferrying seven fresh crew members to the station and bringing seven others back to Earth. 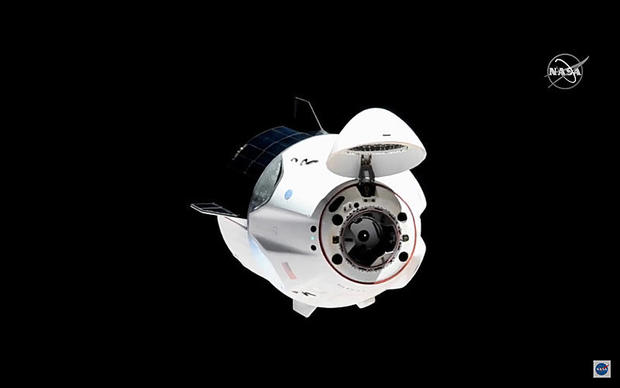 The Crew Dragon “Resilience” spacecraft backs away from the space station.

With commander Mike Hopkins, Victor Glover, Shannon Walker and Japanese astronaut Soichi Noguchi suited up and strapped in, the SpaceX Crew-1 Dragon “Resilience” undocked from a port on the front end of the station’s forward Harmony module at 6:30 a.m. EDT.

The spacecraft slowly backed straight away and then fired thrusters in a precise sequence to reach a point directly above Harmony’s space-facing port. The capsule then glided in for a nose-first docking, engaging the port’s capture mechanism at 7:08 a.m. 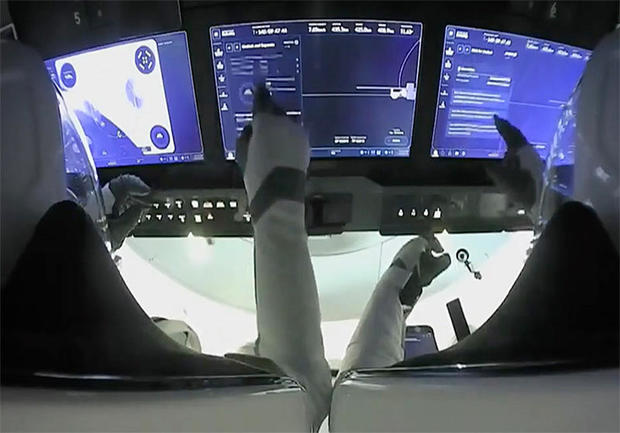 Crew Dragon commander Mike Hopkins, left, and Victor Glover use the spacecraft’s touch-screen displays to monitor the progress of a move from one docking port to another to clear the way for arrival of a fresh crew later this month and a cargo ship this summer.

The short “taxi” flight by the Crew-1 Dragon Monday was needed to free up the station’s forward port for arrival of another SpaceX Crew Dragon carrying two NASA astronauts, a Japanese flier and a European Space Agency crew member. The Crew-2 astronauts are scheduled for launch atop a Falcon 9 rocket from the Kennedy Space Center on April 22. 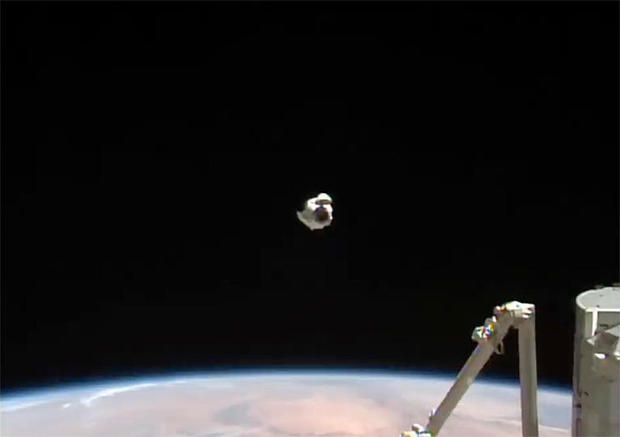 The Crew Dragon backed away to a point about 180 feet in front of the station, as seen here, before climbing up to a point directly above the Harmony module’s space-facing port and moving back in for docking.

Hopkins, Glover, Walker and Noguchi are scheduled to undock again on April 28 for return to Earth with an Atlantic Ocean splashdown to close out a 164-day mission.

The Crew-1 departure from Harmony’s space-facing port will make room for arrival of a SpaceX Cargo Dragon this summer that will bring a new set of solar arrays to the space station.

The Crew Dragon relocation Monday was designed to make sure the Cargo Dragon can dock at Harmony’s space-facing port, which the lab’s robot arm can reach to pull out the rolled-up solar blankets in the supply ship’s unpressurized trunk section.

The arm cannot reach the rear trunk section of a Dragon docked at the forward port. 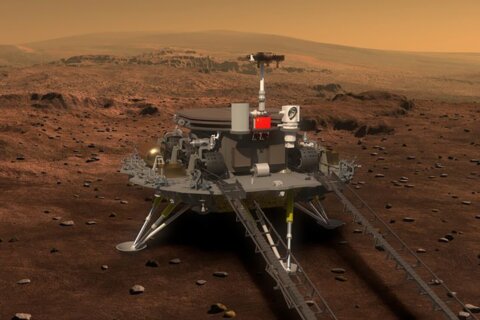