A ship appears to hover over the sea off the coast of Cornwall, England, in a photo captured by David Morris that shows the optical illusion known as "superior mirage."
Listen now to WTOP News WTOP.com | Alexa | Google Home | WTOP App | 103.5 FM

A man says he was “stunned” to look out to sea from a village in Cornwall, in southwest England, and see a giant ship seemingly suspended in mid-air over the water. It wasn’t his eyes deceiving him, but a rare weather phenomenon that causes an optical illusion more often seen in the frigid Arctic. 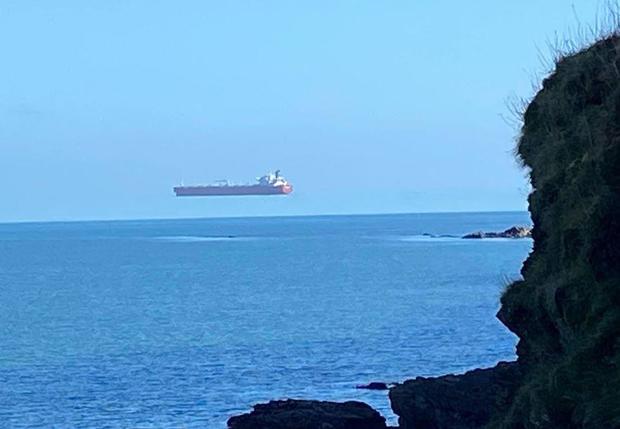 A ship appears to hover over the sea off the coast of Cornwall, England, in a photo captured by David Morris that shows the optical illusion known as “superior mirage,” caused by warm air sitting on top of colder air bending light as it reaches a viewer’s eyes.

BBC News meteorologist David Braine explained that what David Morris had captured with his camera lens wasn’t levitation, but a “superior mirage,” caused by conditions more typical in the Arctic region than off the southern English coast. 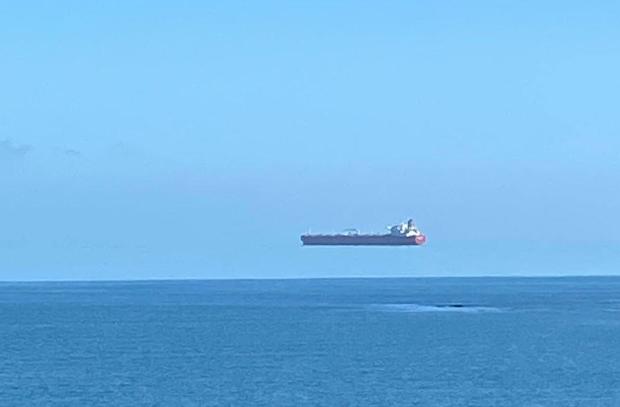 A ship appears to hover over the sea off the coast of Cornwall, England.

“Superior mirages occur because of the weather condition known as a temperature inversion, where cold air lies close to the sea with warmer air above it,” Braine said. “Since cold air is denser than warm air, it bends light towards the eyes of someone standing on the ground or on the coast, changing how a distant object appears.”

Previous sightings of “ghost ships” around the world may well have involved the illusion, but the stark images captured by Morris seem to be some of the clearest examples of a superior mirage to date.

Braine said that while in this instance the phenomenon made the ship appear to float over the water, “sometimes an object below the horizon can become visible,” casting objects that would otherwise be invisible into someone’s sight almost like a giant mirror. 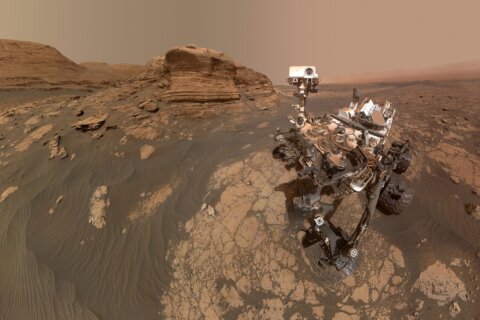 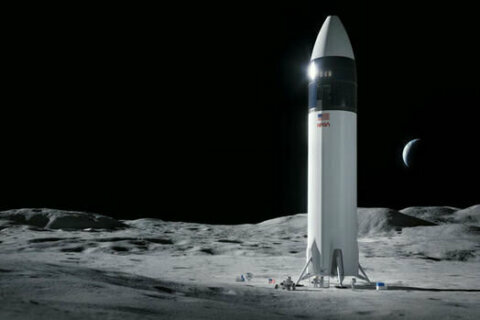 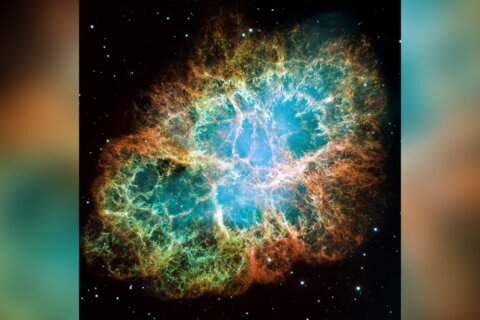