US poised to approve Patriot missile battery for Ukraine

The approval is likely to come later this week and could be announced as early as Thursday, said three officials, who spoke on condition of anonymity because the decision is not final and has not been made public. Two of the officials said the Patriot will come from Pentagon stocks and be moved from another country overseas.

Ukrainian President Volodymyr Zelenskyy pressed Western leaders as recently as Monday to provide more advanced weapons to help his country in its war with Russia. The Patriot would be the most advanced surface-to-air missile system the West has provided to Ukraine to help repel Russian aerial attacks.

During a video conference on Monday, Zelenskyy told host Germany and other leaders of the Group of Seven industrial powers that his country needed long-range missiles, modern tanks, artillery, missile batteries and other high-tech air defense systems to counter Russian attacks that have knocked out electricity and water supplies for millions of Ukrainians.

He acknowledged that, “Unfortunately, Russia still has an advantage in artillery and missiles.” And he said protecting Ukraine’s energy facilities from Russian missiles and Iranian drones “will be the protection of the whole of Europe, since with these strikes Russia is provoking a humanitarian and migration catastrophe not only for Ukraine, but also for the entire EU.”

White House and Pentagon leaders have said consistently that providing Ukraine with additional air defenses is a priority, and Patriot missiles have been under consideration for some time. Officials said that as the winter closed in and the Russian bombardment of civilian infrastructure escalated, that consideration took on increased priority.

Pentagon and State Department officials at briefings on Tuesday would not confirm the plan to provide Patriots to Ukraine, repeatedly saying they had nothing to announce.

U.S. officials had balked at providing the weapons to Ukraine because they could be considered a escalation that would trigger a response from Moscow. The Patriot also requires significant training and there were concerns that U.S. troops would have been required to operate it. Biden has flatly rejected sending any U.S. combat troops to Ukraine.

Asked about training, Brig. Gen. Patrick Ryder, the Pentagon press secretary, said that in general the U.S. takes those needs into consideration when providing complicated weapons systems to Ukraine, such as the High Mobility Artillery Rocket Systems, known as HIMARS. Currently U.S. forces are training Ukrainian troops on a number of systems, including the HIMARS, in other European countries, such as Germany.

The administration’s potential approval of a Patriot battery was first reported by CNN.

According to officials, the U.S. plan would be to send one Patriot battery. A truck-mounter Patriot battery includes up to eight launchers, each of which can hold four missiles.

The entire system, which includes a phased array radar, a control station, computers and generators, typically requires about 90 soldiers to operate and maintain, however only three soldiers are needed to actually fire it, according to the Army.

Patriot missile systems and other similar sophisticated surface-to-air weapons are in major demand among U.S. allies, including eastern European nations worried that they could be Russia’s next targets. The U.S. has a limited number of the systems, and has deployed them across the the Middle East and Europe in recent years to help allies protect against the threat of incoming ballistic missiles from countries such as Iran. 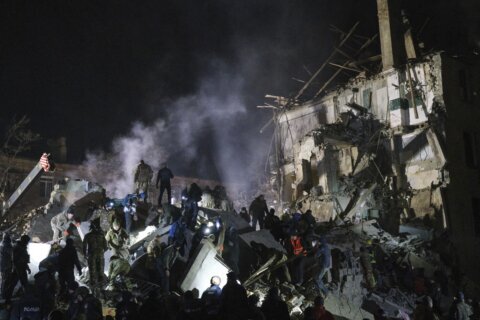 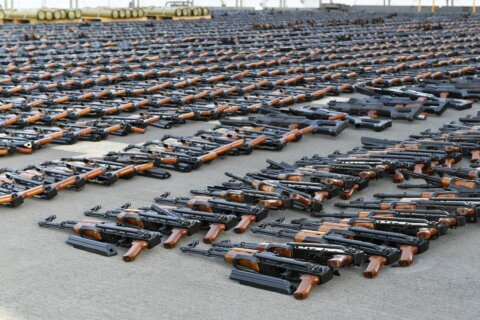