BRUSSELS (AP) — The European Union proposed Wednesday to set up a U.N.-backed court to investigate possible war crimes Russia committed in Ukraine, and to use frozen Russian assets to rebuild the war-torn country.

European Commission president Ursula von der Leyen said in a video message that the EU will work with international partners to get “the broadest international support possible” for the tribunal, while continuing to support the International Criminal Court.

Since Russian President Vladimir Putin ordered the invasion of Ukraine on Feb. 24, his military forces have been accused of abuses ranging from killings in the Kyiv suburb of Bucha to deadly attacks on civilian facilities, including the March 16 bombing of a theater in Mariupol that an Associated Press investigation established likely killed close to 600 people.

Investigations of military crimes committed during the war in Ukraine are underway around Europe, and the Hague-based International Criminal Court has already launched a probe.

But because Russia does not accept the International Criminal Court’s jurisdiction, the European Commission said it presented to the 27 EU countries two options to hold the Kremlin accountable: either a “special independent international court based on a multilateral treaty or a specialized court integrated in a national justice system with international judges — a hybrid court.”

“Victory is not the only thing we need. We need justice,” she told lawmakers in London, comparing Russian war crimes to the atrocities Nazi Germany committed in World War II.

She called on Britain to lead efforts to set up a criminal tribunal to prosecute senior Russians, similar to the postwar Nuremberg trials of leading Nazis.

Von der Leyen on Wednesday added that the EU wants to make Russia pay for the destruction it caused in neighboring Ukraine by using Russian assets frozen under sanctions.

She estimated the damage to Ukraine at 600 billion euros ($617 billion).

“Russia and its oligarchs have to compensate Ukraine for the damage and cover the costs for rebuilding the country,” von der Leyen said. “We have the means to make Russia pay.”

“In the short term, we could create with our partners a structure to manage these funds and invest them,” she said. “We would then use the proceeds for Ukraine, and once the sanctions are lifted, these funds should be used so that Russia pays full compensation for the damages caused to Ukraine.”

The EU said the lifting of the restrictions on Russian assets could be linked to conclusion of a peace deal between Ukraine and Russia that would settle the question of damages reparation.

In other Ukraine war developments:

— Russia’s military appear to be studying targets, positioning warships and making other preparations to resume major attacks that have crippled Ukraine’s energy and water infrastructure, Ukrainian officials said Wednesday. “At Russian airfields strategic aircraft are equipped, tactical aircraft are equipped, and a missile carrier is put on duty. These are indirect signs of preparing for a strike,” Ukrainian southern military command spokeswoman Natalia Humeniuk said on Ukrainian TV.

— In his nightly video address Wednesday, Ukrainian President Volodymyr Zelenskyy said his country’s forces are preparing “an even more powerful countermeasure” for Russia on the battlefield, and “new solutions” to Ukraine’s energy and communication issues. Earlier, he said in a video address to a New York Times meeting that U.S. tech billionaire Elon Musk, who has proposed that Ukraine cede territory as part of a peace plan, visit Ukraine to understand the situation better. Regarding Putin’s threats to escalate the type of weapons Russia uses in Ukraine, Zelenskyy said: “I don’t think he will use nuclear weapons.”

— Ukrainian officials reported progress in restoring power nationwide, with the energy deficit reduced to 27%. The country’s electricity system operator, Ukrenergo, said that was a 3% improvement from Tuesday.

— In the hard-hit Kherson region that Russia illegally annexed in September and Ukraine since reclaimed, officials reported partial restoration of residential water supplies, albeit at reduced pressure, thanks to electricity being restored to water pumping stations. Power has returned to half of Kherson city’s residents. Russian shelling in Kherson damaged a hospital, an industrial plant, a bank, residential buildings and infrastructure.

— At the shut-down Zaporizhzhia nuclear plant in southern Ukraine, Europe’s largest atomic power station, Russian officials claimed Ukrainian shelling damaged a building and waste storage facilities but that containers inside with radioactive substances were not affected. Ukrainian authorities said the Russians shelled the cities of Marhanets and Nikopol across the Dnieper River from the Zaporizhzhia plant.

— Ukraine’s presidential office said at least five civilians were killed and 21 wounded in the latest Russian shelling nationwide. Russian attacks in the Donetsk region focused on the strategically located town of Kurdiumivka south of Bakhmut. In Bakhmut, Russian rockets hit residential buildings and a kindergarten, according to regional authorities. 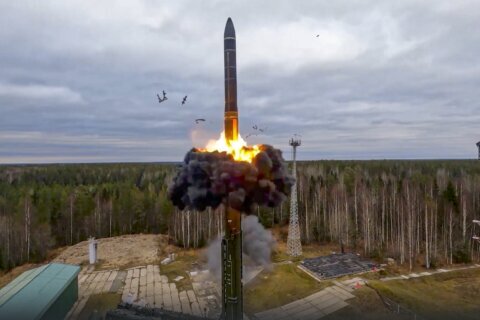 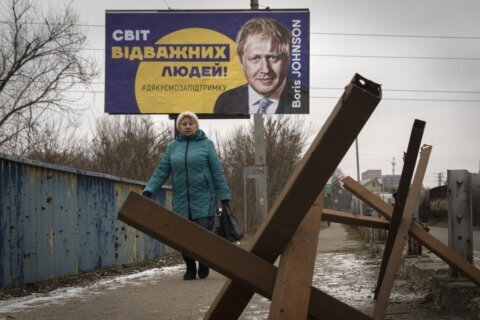 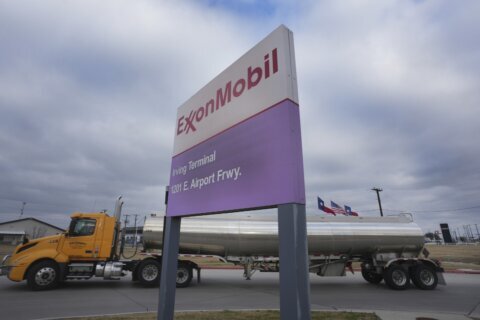 Unprecedented profit for Exxon as travel, and war, heated up