US to send Ukraine additional $275 million in military aid

The Pentagon is sending Ukraine a new $275 million package of weapons and other aid, in a move to bolster the effort to drive Russian forces out of key areas in the south as the winter closes in, U.S. officials said Thursday.
Listen now to WTOP News WTOP.com | Alexa | Google Home | WTOP App | 103.5 FM

WASHINGTON (AP) — The Pentagon is sending Ukraine a new $275 million package of weapons and other aid, in a move to bolster the effort to drive Russian forces out of key areas in the south as the winter closes in, U.S. officials said Thursday.

Officials said there are no major new weapons in the U.S. package, which is expected to be announced on Friday. Instead, the U.S. aid is largely aimed at restocking thousands of rounds of ammunition for weapons systems already there, including for the High Mobility Artillery Rocket Systems, known as HIMARS, which Ukraine has been successfully using in its counteroffensive against Russia.

The officials spoke on condition of anonymity to discuss details of a package not yet made public.

The new aid comes as federal officials made public the U.S. government’s efforts to ensure that weaponry transferred to Ukraine doesn’t end up in the hand of Russian troops, their proxies or other extremist groups. The plan, announced by the State Department on Thursday, notes that accounting for weapons is particularly difficult during an active war and when there is no major U.S. presence on the ground.

U.S. officials have faced persistent questions from some members of Congress over how the administration is accounting for the billions of dollars in arms that have been sent to Ukraine over the past year. But the administration had been reluctant to detail its work on that front due to concerns about the state of the conflict and fears it might tip off would-be smugglers to potential evasion techniques.

“As in any conflict, we remain vigilant to the possibility that criminal and non-state actors may attempt to illicitly acquire weapons from sources in Ukraine, including members of the Russian military, during or following the conflict,” the State Department said in a statement. The departments of State, Defense and Commerce are all involved in the accounting process.

The three-prong plan includes short-, medium- and longer-term initiatives to bolster U.S. and Ukrainian oversight of transferred materiel, particularly more advanced missile systems and anti-aircraft devices, as well as to improve Ukraine’s aviation and border security to combat the misuse of weapons and prevent possible arms trafficking, it said.

The State Department said that so far Ukraine’s intense demand for weapons on the battlefield appears to be impeding black-market proliferation of small arms, portable air defense systems and anti-tank weapons such as Javelins. It said the main problem has been the seizure of weapons by Russian forces as they take ground, and warned that Moscow can use them to develop countermeasures or conduct false-flag operations.

U.S. Defense Secretary Lloyd Austin told reporters Thursday that he expects the U.S. will deliver the highly anticipated advanced NASAM air defense systems to Ukraine early next month and train troops on them. The U.S. had committed to delivering two of the medium-range, surface-to-air missile systems to Ukraine soon. He said air defense remains the most critical capability that Ukraine needs right now.

The latest package of aid being announced Friday, according to officials, will be done under presidential drawdown authority, which allows the Pentagon to take weapons from its own stock and quickly ship them to Ukraine.

Including the new $275 million, the U.S. has now committed nearly $18 billion in weapons and other equipment to Ukraine since the war began on Feb. 24.

The aid comes as Ukrainian forces are fighting to surround the southern city of Kherson, attacking Russia’s foothold on the west bank of the Dnieper River, which divides the region and the country. Moscow-appointed authorities are reportedly abandoning the city, joining tens of thousands of residents who fled to other Russia-held areas. 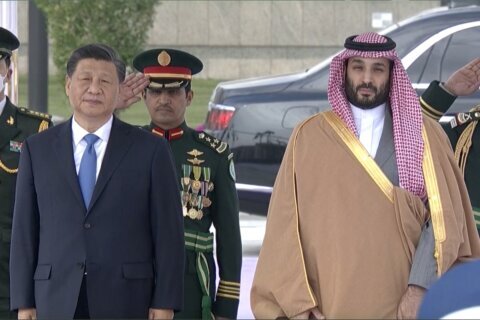 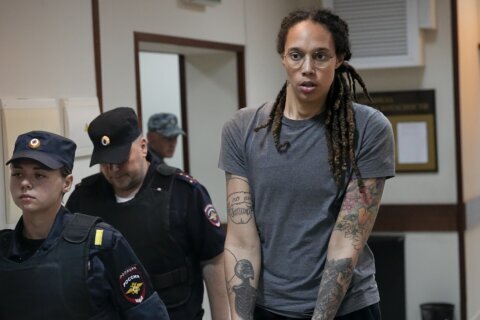 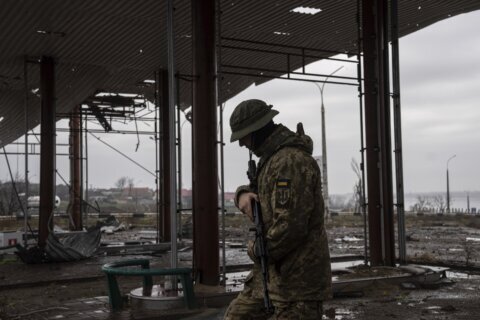